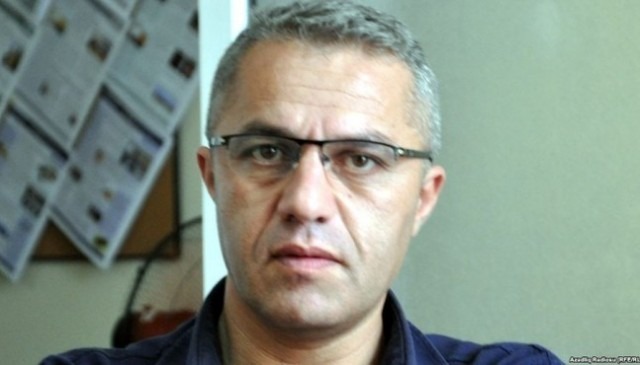 Yalchin Imanov is the latest of at least two dozen human rights lawyers to have been disbarred, had their licences suspended, been criminally prosecuted or otherwise pressured by the authorities in Azerbaijan.

On 8 August 2017 Yalchin visited his client, Abbas Huseynov, in the high security Gobustan prison and saw bruises all over his body. Mr Huseynov told him that he had been severely tortured by prison officials, including being beaten with batons, dragged on the floor, tied to a metal pole in the yard and held in a solitary confinement with his hands and legs cuffed, over several days. Upon leaving the prison, he was contacted by several media outlets for information about the worrying situation of his client and he described to the media the treatment his client had been subjected to and the bruises he had seen on him.

The next day, Yalchin requested both the Prison Service and the Prosecutor’s Office to investigate Mr Huseynov’s torture allegations but no investigation has been conducted to date. In response to his complaint the Prison Service requested the Azerbaijan Bar Association (ABA) to take disciplinary measures against Yalchin for allegedly aiming “to cast shadow over the work and reputation of the state structures” and “to cause disorder” and “tension among some groups of the society”. His licence was suspended by the ABA on 20 November 2017, pending decision of the domestic court on his disbarment.

Yalchin was indefinitely disbarred by the Ganja Administrative Economic Court on 22 February 2019 on the basis of the request from the ABA who claimed that he had damaged “the honour, dignity and business reputation” of the Prison Service by providing information to the media about the torture allegations of his client, convicted in the Nardaran case.

Yalchin has been prevented from litigating before the  domestic courts for over 1,5 years since his suspension and as a result of his disbarment he is entirely deprived of his ability to practise as a lawyer, his sole profession, which also constituted the major part of his income to support himself and his family.

“My disbarment is not an isolated case and was aimed to punish me for my human rights work and to deprive me of my profession. To no surprise, the domestic courts baldly upheld the ABA appeal to disbar me, as a part of the persecution, therefore, I put all my hopes into the European Court to achieve justice in my case.”

Over the past few years, the Government has pursued a policy of targeting and obstructing human rights lawyers from practising in order to preclude the democratic accountability of the State through the courts. In autumn 2017, the Azerbaijani parliament approved a package of amendments to legislation governing the legal profession, essentially prohibiting those who are not members of the ABA from representing clients domestically. In the context of Azerbaijan, where the ABA is a highly-politicised body under state influence, this has all but decimated the ability of human rights lawyers to take cases. Other human rights lawyers, such as Khalid Bagirov and Alayif Hasanov, are represented by EHRAC, have been disbarred for their public statements about their clients, others had their licences suspended or have not been admitted to ABA for their criticism towards the organisation, such as were Intigam Aliyev and Annagi Hajibeyli.

Before the European Court, we argue that Yalchin’s disbarment interferes with his right to professional life (Article 8 of the European Convention on Human Rights (ECHR)), his freedoms of expression and association (Articles 10 and 11 ECHR), and his peaceful enjoyment of possessions (Article 1 of Protocol 1 ECHR); and that the proceedings were not fair (Article 6 ECHR), did not offer effective remedies to the applicant (Article 13 ECHR) and were politically motivated (Article 18 ECHR).

We also challenge the law regulating lawyers’ activities beyond its application to Yalchin’s case, arguing that it is formulated in vague terms, provides the ABA with substantial discretionary power in deciding sanctions against lawyers, and does not have adequate safeguards. We have requested that, in its judgment, the Court call for Yalchin’s license to be restored, and the law’s amendment.