Training on Protest Cases in Armenia for Human Rights Lawyers

On 30 July, in direct response to the “Electric Yerevan” protests and current legal developments in Armenia, EHRAC Legal Consultant Vahe Grigoryan led a one day session at the Helsinki Citizens’ Assembly, Vanadzor, on enforcing the rights of peaceful protestors using the mechanisms available under the European Convention on Human Rights (ECHR). During the day, the participants discussed a number of issues, including:

Sessions on each topic were approached both theoretically and in practice, with participants given opportunities to bring forward examples from their own caseload. Time was allocated after each practical activity for Vahe to feed back to each participant. He commented:

I was very pleased to see the participants’ genuine interest in discussing the legal issues brought forward in depth, and their ability to see the solution to these domestic legal problems in the broader context of international human rights law.

This training sought to address common violations arising in cases related to arrests during peaceful demonstrations. Indeed the use of force in the dispersal of political protests and infringements to the right to liberty of demonstrators through short arrests, sometimes lasting only a few hours, is a systemic problem in Armenia, derived from a lack of judicial practice.

EHRAC and the Helsinki Citizens’ Assembly Vanadzor collected feedback on each aspect of the training, which indicated that future sessions building on these topics would be very welcome. One participant said, “The workshop provided a clear and comprehensive interpretation of Article 13 and Article 5, ECHR” and another praised the session on interim measures for having “sparked a very interesting discussion”. The practical activities were particularly popular, with one participant explaining that they “facilitated better understanding and improved practical application of the knowledge acquired during the workshop.” 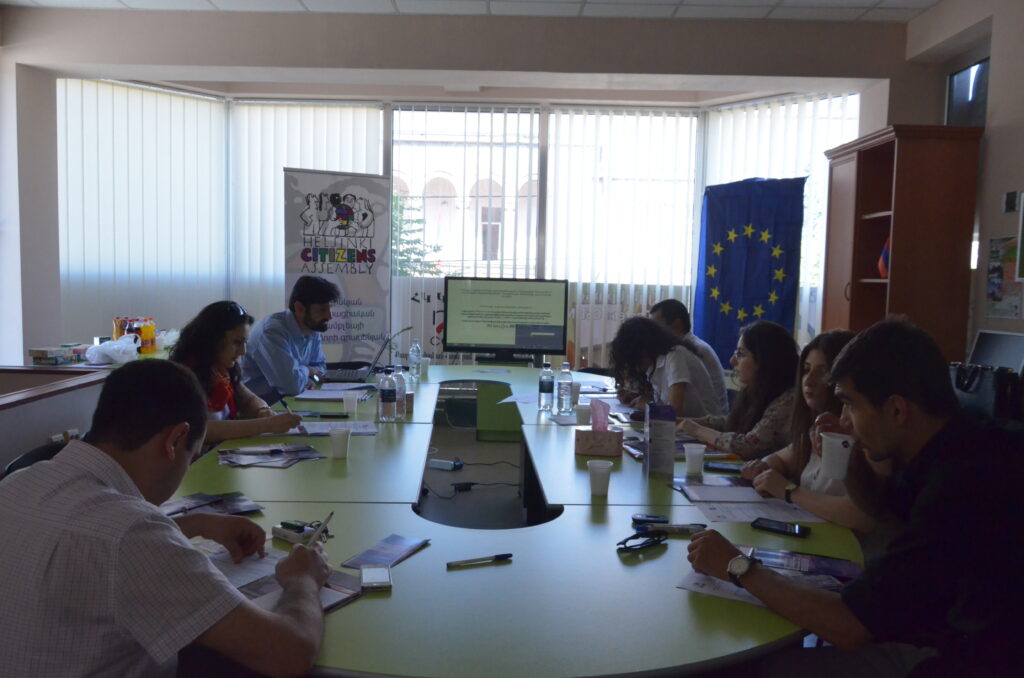