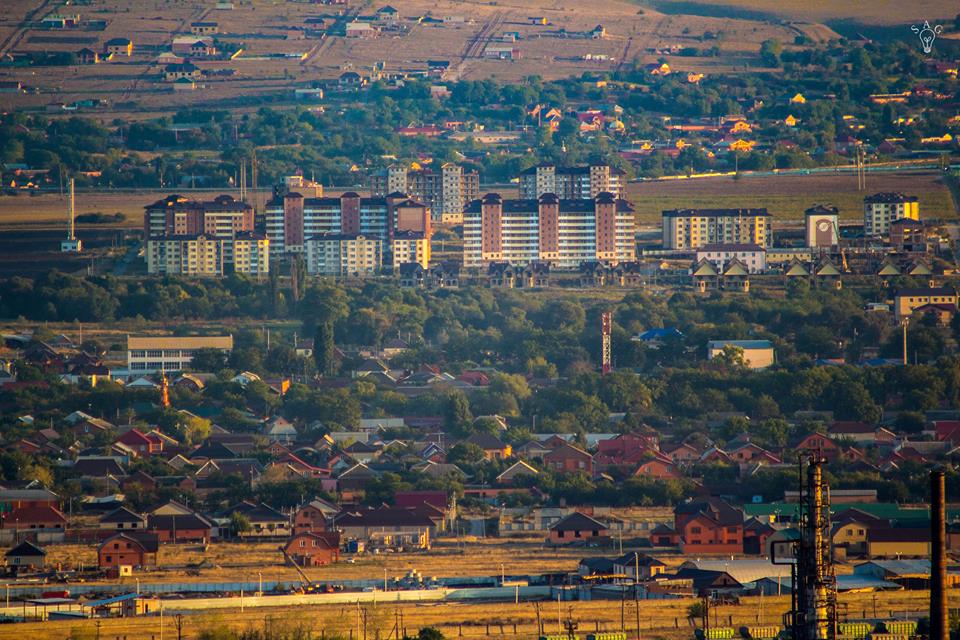 The European Court of Human Rights (ECtHR) on 8 October 2019 found Russia responsible for the disappearances and deaths of five men from Chechnya, Ingushetia and other regions of the North Caucasus between 2007 and 2011. The judgment is the latest addition to a vast body of ECtHR rulings concerning enforced disappearances and extra-judicial killings in the North Caucasus region of Russia. The abductions and detentions of the men took place after a decade-long counterterrorist operation in Chechnya had ended. The Russian Government repeatedly failed to submit any plausible evidence as to what had happened to them. All five men are presumed dead. EHRAC, together with Memorial Human Rights Centre, represented the relatives of four of the five men—Georgy Nakani, Khamzat Dzeytov, Said Sigauri and Ibragim Gazdiyev.

Georgy Nakani was last seen crying for help as he was forced into a silver VAZ car at about 11.20pm on 15 December 2009 in the village of Neytrino, Kabardino-Balkaria. The silver VAZ car, together with a black Priora, was seen driving away at high speed. Georgy had left his home moments before to visit his cousin, who lived nearby. He has not been seen since.

On the night of the disappearance, Georgy’s mother Aminat heard from a neighbour that the chief of the criminal investigations unit of a local police station – ‘Officer K.’ – had participated in her son’s abduction. At 3 a.m. she went to the station and confronted him. Officer K. was visibly drunk. He had fresh bloodstains on his shoes. When Aminat asked about the stains, Officer K. told her that he had been hunting and that it was rabbit’s blood. Aminat later left the police station and went to the checkpoint leading out of Neytrino. She soon spotted two cars leaving the village. One car passed through the checkpoint without stopping. The other was allowed to proceed as soon as its driver displayed an official pass.

Days later another relative was told that Federal Security Service (FSB) officers had detained Georgy in order to interrogate him. He had been shot in the groin and had reportedly died of his injuries. FSB servicemen allegedly buried his body to ensure that it would not be found.

The Nakani family had been under surveillance by law-enforcement agencies in the years prior to Georgy’s abduction. In December 2009, Georgy told his mother that an officer from the FSB was gathering information about him. He had been warned that he was the subject of a secret surveillance operation.

Khamzat Dzeytov was detained by State agents on his way to work on the afternoon of 7 July 2009. Khamzat had agreed to work his mother’s shift at the local grain store in Assinovskaya, Chechnya, while she went to collect her pension. When she went to the grain store, she discovered that her son had not arrived at work.

On the evening of 7 July 2009 Khamzat’s mother Tamara was told by a police officer that her son was being detained at the local police station. She was given a telephone number of the officer responsible for his detention. When she inquired about Khamzat’s detention the following day, the officer denied any knowledge of it. Weeks later she was told that her son was being detained in another village. In April 2010, a police investigator told Tamara that Khamzat was being detained, but that he would only be released if she would inform on a family member.

The authorities refused to accept the abduction complaint submitted by Khamzat’s mother the day after the incident occurred. They failed to open a criminal case until four months later. The crime scene was not examined until two months after the abduction had taken place. No evidence was collected. One key witness was not questioned by investigators, and other vital evidence was missed. The investigation was prematurely suspended in December 2009, and again in February and September 2010.

Ibragim Gazdiyev was last seen by a neighbour standing next to his car at a crossroads in Karabulak, Ingushetia, at about 1pm on 8 August 2007. He was reportedly talking to a man in civilian clothing. Fix or six armed men in camouflage uniforms and balaclavas were standing nearby. Ibragim has not been seen since.

Ibragim’s father Mukhmed first complained to a deputy of the Parliament of Ingushetia about his son’s disappearance. The Prosecutor of Ingushetia wrote to Mukmed, informing him that Ibragim’s car had been stopped, and that a passenger had been shot dead on the spot by law-enforcement agents. Ibragim – Mukhmed was told—had been released without charge. Mukhmed and other relatives later met with the President of Ingushetia Murat Zyazikov. He told them that Ibragim had been arrested by the FSB, reassuring the family that there was no evidence of Ibragim’s involvement in any crime. Zyazikov claimed that Ibragim had not gone missing at all. Presented with this version of events, the Prosecutor later denied having any information concerning Ibragim’s whereabouts.

The subsequent investigation into Ibragim’s abduction was botched from the very beginning.  No evidence was collected from the crime scene. Investigators failed to question a key witness. Two additional witnesses who had vital information about the perpetrators’ identities were only questioned eleven months after the criminal case was opened. These proceedings were also prematurely suspended.

Witnesses saw Said Sigauri being detained by police in the courtyard of his home in Chechnya on the morning of 2 March 2011. Federal forces had raided Sigauri’s home as part of a special operation intended to result in the arrest of Said’s brother, cousin and other relatives. Said’s brother was shot dead as armed servicemen in camouflage uniforms surrounded the building and opened fire.

The next day Said called his aunt and told her that he was being detained at Sunzhenskiy district police station. His aunt received a text later that day from Said’s mobile telephone number, which said that he was in the village of Sernovodsk. They spoke again on the phone one last time. Said’s mother Ayshat informed the Chechnya Prosecutor’s Office of her son’s disappearance a week later. He has not been seen since.

Local police initially refused to register Ayshat’s complaint. The opening of the criminal case was also hopelessly delayed. Key witnesses were not questioned. Investigators also failed to question the officers involved in the special operation, and the Sigauri courtyard was not examined for evidence. Recipients of telephone calls made from Said’s phone were never identified. Police officers from Sunzhenskiy “consciously” and continuously hampered the investigation.

The Court found that the young men should be presumed dead following their detention by State agents. As Russia had not provided any explanation for what had happened to them, their deaths can be attributed to the State in violation of their right to life (Art. 2). The authorities failed to carry out effective criminal investigations into the circumstances surrounding the disappearances (Art. 2). On account of the mental suffering caused by the authorities’ response to their relatives’ disappearances – including the many years during which they have not received any information or explanation about what had happened to them-it was established that the families of Georgy Nakani, Ibragim Gazdiyev and Said Sigauri had been subjected to inhuman and degrading treatment (Art 3). The five abductees were also deprived of their right to liberty and security, having been detained without acknowledgement by State agents (Art. 5). The Court also found that Said Siguari’s mother did not have at her disposal an effective domestic remedy for her grievances under Art. 3 (Art. 13).

The Court awarded compensation to the relatives of Georgy Nakani, Khamzat Dzeytova, Said Sigauri and Ibragim Gazdiyev amounting to a total of just over €340,000.