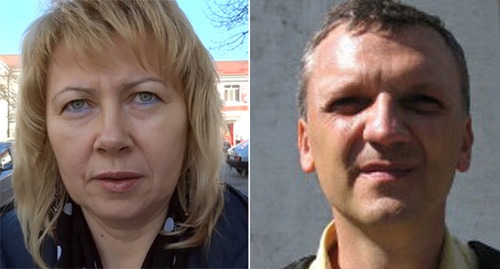 On 25 February 2020, the European Court of Human Rights (ECtHR) ruled that the Russian authorities illegally disrupted a private meeting convened by a charity organisation in 2007. The Court found a violation of the right to freedom of assembly (Article 11 of the European Convention on Human Rights) in respect to the four applicants. EHRAC, together with Memorial Human Rights Centre, represented Marina Dubrovina, Vadim Karastelev, Tamara Karasteleva and Vladimir Pyankov.

“We have waited a long time for this decision. At the time of the events, we could not have anticipated that we would secure a judgment in our favour. A lot has changed since then. One of the applicants, Tamara Karasteleva, sadly passed away. Nevertheless, we are happy that such a decision has been made—not least because it gives people hope.”

Marina Dubrovina, a well-known human rights lawyer who lives and works in the Krasnodar region of Russia, was one of the applicants. She continues to work tirelessly to defend human rights across the region. EHRAC has worked with her for many years. In February 2020, she was subjected to a vicious assault along with Novaya Gazeta journalist Elena Milashina in a hotel lobby in the Chechen capital of Grozny.

What happened at the meeting?

In the early 2000s, the four applicants, all human rights activists, were involved with a charity called FRODO, which was aimed at combating intolerance and discrimination of ethnic minorities in the region. The organization hosted a “Tolerant Football” game in which children took part from different ethnic groups in Novorossiysk.

In 2006, Vadim Karastelev received an email from a former Russian citizen residing in Germany who expressed interest in the initiative. He wanted to meet Vadim to discuss it, and asked him to book rooms in the local hotel for him and his friend.

The meeting was scheduled for 11am on 23 January 2007 at the local art school. The director of the art school, a member of FRODO, had proposed to use the school premises for the meeting, as the tiny organization had no office. Six members of FRODO arrived for the meeting, as well as the man from Germany and his friend, an interpreter and three university students.

At around 1pm, a group of police officers and representatives from the migration service entered the room and found the participants having tea and cake. They requested that the members of the meeting present their identity documents. They demanded explanations as to why the members had gathered. The FRODO staff refused to give the police an explanation, as no charges had been brought against them.

The police waited until officials from the Department of Culture arrived, who then attempted to disperse the meeting, claiming that they had received no notification of a public event taking place. The participants refused to leave, stating that the meeting was not public but private. The director of the art school then informed them that a lesson was about to start in the meeting room, so they left accordingly.

The four staff members at FRODO were all later found guilty and fined for participating in an unauthorised meeting under Article 20.2 § 2 of the Code of Administrative Offences.

The Court found that the actions of the Russian authorities had violated the applicants’ right to freedom of assembly (Article 11 of the ECHR), and that the meeting had been disrupted through the unlawful interference of State officials. It reiterated that the right to freedom of assembly is a fundamental right in a democratic society, and that it covers both private meetings and meetings in public places.

The FRODO members were unable to proceed with their small-scale informal gathering because of the presence of a large number of police officers in the room. The meeting was effectively brought to an end prematurely by the authorities’ intervention.