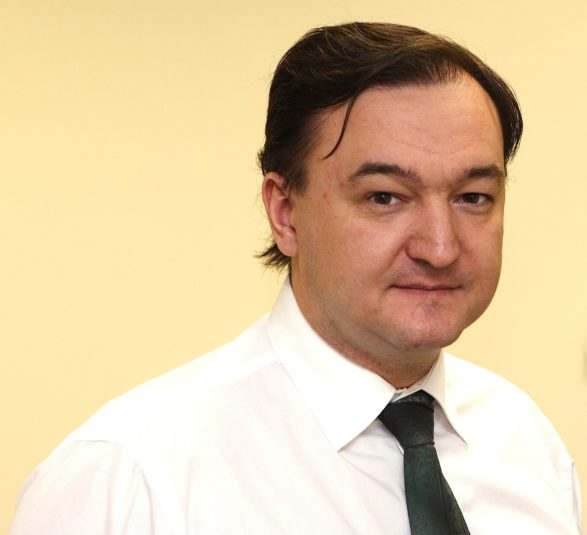 Facts
The first applicant was Sergey Magnitsky, the head of the tax department at the Moscow legal and audit firm Firestone Duncan, which provided tax advice to foreign investors in Russia. His clients included Russian subsidiaries of Hermitage Capital, which was at the time the largest foreign investment fund in Russia, headed by renowned investor-turned-activist, William Browder. Following Mr Magnitsky’s death in detention just months after the application was lodged, his wife and mother continued the case as co-applicants. They were represented by the Open Society Justice Initiative before the European Court.

Following a raid on Firestone Duncan’s offices in 2007, purportedly relating to alleged tax evasion by a Hermitage subsidiary, a Russian court transferred ownership of three other Hermitage subsidiaries without Hermitage’s knowledge. The new owners applied for, and were paid, a tax refund of some 5.4 billion roubles (roughly €145 million) which was distributed to the accounts of third parties by two banks, one of which was swiftly liquidated and had its records destroyed after the transfer. Hermitage lodged criminal complaints into the theft of the three subsidiaries. Mr Magnitsky subsequently made statements to investigators and the press about alleged criminal conduct by Russian investigative officials in relation to the the transfer of ownership and tax refund. He concluded that the subsidiaries had been stolen in order to embezzle taxes.

Shortly afterwards, Mr Magnitsky was arrested and charged with tax evasion, allegedly committed in conspiracy with Mr Browder, Hermitage’s co-founder. Mr Magnitsky was placed in pre-trial detention for 11 months. Whilst in detention, he complained repeatedly of ill-health and was diagnosed with cholelithiasis and chronic cholecystopancreatitis. Mr Magnitsky was subsequently moved to another remand prison which allegedly did not have the necessary medical facilities. Prison officials repeatedly ignored hks requests for treatment despite the severe pain he was suffering. Mr Magnitsky was ultimately transferred to a third prison where was able to receive medical attention. He died in custody on 16 November 2009, allegedly after starting to behave aggressively when awaiting treatment, in response to which he was handcuffed and beaten with a rubber truncheon.

The Russian authorities investigated his death but no criminal liability was established in respect of any individual. The prosecution of Mr Magnitsky continued after his death and he was convicted posthumously in July 2013 on tax evasion related offences.

The Court found a number of violations. Firstly, the applicant had been detained in severely overcrowded conditions amounting to inhuman and degrading treatment, contrary to Art. 3 of the European Convention on Human Rights (ECHR). Secondly, Mr Magnitsky’s pre-trial detention had been extended several times on grounds that were insufficient to justify the duration (in violation of Art. 5(3) ECHR). In particular, the Court found that the Russian courts had effectively inverted the presumption in favour of release by stating that, in the absence of new circumstances, the preventive measure (detention) should remain in place.

Further, upon considering the events surrounding Mr Magnitsky’s death, the Court found that injuries suffered by him could ‘arguably been received as a result of beatings by prison officers’ and amounted to inhuman and degrading treatment, which the authorities failed to investigate, in violation of both the substantive and procedural limbs of Art. 3. Mr Magnitsky had also been deprived – over the course of several months leading up to his death and most acutely on the day that he died – of critical medical care, amounting to a breach of the State’s positive obligations to protect the right to life under the substantive limb of Art. 2 ECHR. In view of the lack of effective investigation into the circumstances of Mr Magnitsky’s death, the Court also found a breach of the procedural limb of Art. 2 ECHR.

Finally, the Court found that the posthumous proceedings against and conviction of Mr Magnitsky breached the right to a fair trial on the basis of their inherent unfairness, and the presumption of innocence (in violation of Art . 6(1) and (2) ECHR). The Court rejected a complaint under Art. 5(1) ECHR about the basis of Mr Magnitsky’s arrest and detention as ill-founded.

Sergei Magnitsky is widely perceived as a whistle-blower for having uncovered and publicly reported on the alleged theft of more than €145 million from the Russian Treasury. His death led to the ratification of the US Magnitsky Act of 2012. The law provided for sanctions against certain Russian officials implicated in Mr Magnitsky’s death and/or believed to be responsible for serious human rights violations. In 2016, the US Congress enacted the Magnitsky Act globally, allowing the US government to impose visa bans and targeted sanctions on corrupt foreign government officials implicated in human rights abuses or acts of significant corruption anywhere in the world. A number of other countries including Canada, Lithuania, Estonia, Latvia, and the United Kingdom, have implemented their own Magnitsky-style legislation. There has been increasing pressure for the EU to follow suit. In March 2019, the European Parliament backed a resolution calling for new EU human rights sanctions to punish state and non-state actors responsible for gross violations of human rights. The Council has not formally tabled the initiative for debate. However, informal behind-the-scenes discussions are continuing within Council working groups. Such legislation, forming part of the EU’s common foreign and security policy would require a unanimous Council decision.

The judgment adds further weight to the impetus to extend and apply these laws and sanctions, as well as providing some measure of justice for Mr Magnitsky’s family and supporters. It also reiterates the positive duty of States to ensure detainees receive adequate and timely medical care in detention, which if not done (as in this case), can make the authorities liable for unreasonably putting detainees’ lives in danger; it robustly critiques the Russian Government’s efforts to invert the presumption under Art 5(1) in favour of release; and confirms the Court’s approach to the inherent unfairness of posthumous convictions.

Read the full judgment and the Court’s press release on HUDOC.