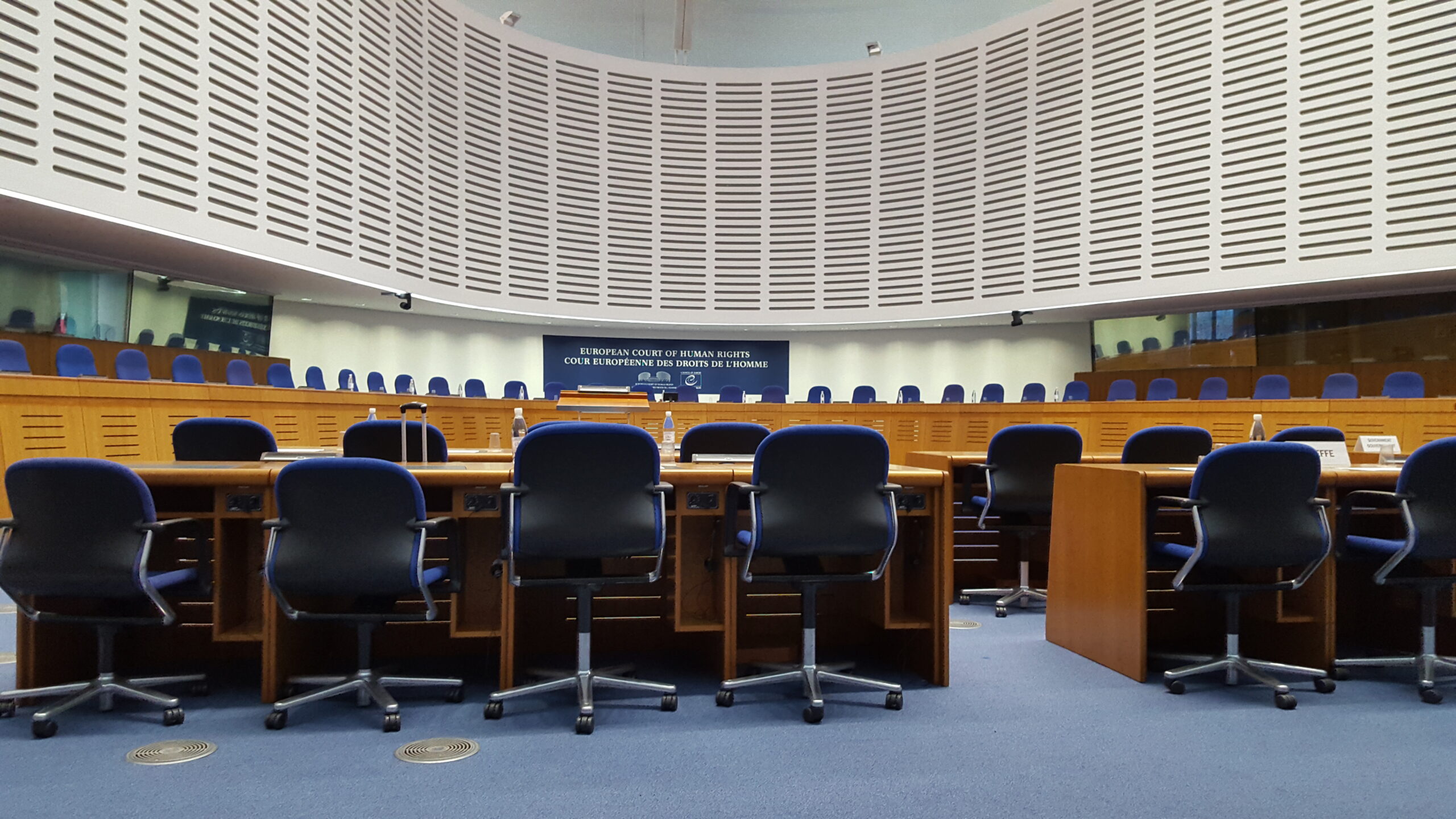 EHRAC Legal Consultant Ramute Remezaite and Intern Jack Dahlsen explain what infringement proceedings are, and why it is significant that they have been initiated against Azerbaijan. Ramute previously discussed the possibility of invoking infringement proceedings against Azerbaijan in a blog for the European Journal of International Law Talk! blog in March 2017. For more on this issue, you can also read Dr. Alice Donald’s blog for EJIL Talk! from April 2017 on tackling the issue of non-implementation of judgments.

On 5 December 2017, the Committee of Ministers (CM) of the Council of Europe (CoE) launched ‘infringement proceedings’ against Azerbaijan in relation to the judgment in the case of Ilgar Mammadov v Azerbaijan by European Court of Human Rights (the Court). The Court found that the arrest and detention of the prominent Azerbaijani opposition politician Ilgar Mammadov, who remains behind bars at the time of writing, was unlawful, and that the actual purpose was ‘to silence and punish’ him for criticising the Government. In view of Azerbaijan’s failure to respond to its repeated calls to release Ilgar Mammadov, the CM referred the case back to the Court, under Article 46(4) of the European Convention of Human Rights (ECHR), for it to legally establish if Azerbaijan has failed to abide by the judgment. This is the first time in the CoE’s history that the CM has used this mechanism against a member state.

Why were infringement proceedings introduced?

The infringement procedure does not reopen the substantive question as decided in the Court’s first judgment (here, the arrest and detention of Ilgar Mammadov). Rather, the question before the Court is whether the state has failed to implement the Court’s judgment. The drafters of Protocol 14 explained that the CM “should bring infringement proceedings only in exceptional circumstances” and expressed their hope that “[t]he procedure’s mere existence, and the threat of using it, should act as an effective new incentive to execute the Court’s judgments”. It was aimed to provide a means of increasing pressure on obstructive states short of any more severe sanctions, such as suspension or expulsion from the CoE.

When should they be used?

When the CM, as the body supervising the execution of Court judgments, considers that a state has failed to abide by a final judgment, it requires a two thirds majority vote from all 47 member states to initiate infringement proceedings. After serving formal notice of its intention to initiate proceedings on the state concerned, the CM may then refer the situation to the Court to rule on whether the state has violated its obligation to implement the Court’s judgment. Therefore, as at least 31 countries must agree about the need to bring infringement proceedings, it represents a significant and serious measure.

Can sanctions be imposed?

Infringement proceedings do not explicitly provide for any sanctions to be imposed on the state concerned. If the Court finds that the state has failed to implement a judgment it will return the case to the CM for consideration of any further measures to be taken (Article 46(5) of the ECHR). There are a series of ‘measures’ which the CM could take, such an issuing decisions, resolutions and holding ‘high level’ meetings, but more concrete sanctions such as imposing fines are not available to it.

Should the infringement proceedings yield no tangible results, a state could eventually risk suspension or expulsion from the CoE. Article 3 of the Statute of the CoE stipulates that every member state ‘must accept the principles of the rule of law and of the enjoyment by all persons within its jurisdiction of human rights and fundamental freedoms, and collaborate sincerely and effectively in the realisation of the aim of the CoE’. Under Article 8 of the Statute, a serious violation of Article 3 of the Statute could lead to the state’s suspension from its rights of representation and a CM request for it to withdraw from the Convention system. In the history of the CoE, no state has ever been expelled.

If, after a referral, the Court determines that the state has complied with its judgment, the CM will cease to investigate the case.

Who is Ilgar Mammadov?

Ilgar Mammadov is an activist and prominent opposition politician in Azerbaijan who had planned to run for the presidency in November 2013. He was arrested in February 2013 after blogging about riots in the town of Ismayilli in Azerbaijan. In March 2014, following numerous extensions to his pre-trial detention, he was finally sentenced to seven years’ imprisonment having been convicted of organising mass disorder and resisting arrest. He has remained in prison ever since.

What did the Court say about Ilgar Mammadov’s pre-trial detention?

In its May 2014 judgment, the Court found that no facts had been produced in the domestic proceedings that justified the charges brought against Mr Mammadov. The Court established that the arrest was aimed ‘to silence or punish the applicant for criticising the Government and attempting to disseminate what he believed was the true information that the Government were trying to hide.’ In other words, the Court found that the arrest was politically motivated and ruled that Azerbaijan had violated Articles 5(1) (right to liberty and security), 5(4) (right to judicial review of detention), 6(2) (right to presumption of innocence), and 18 (limitation on use of restrictions on rights) of the ECHR. However, the Court did not order Mr Mammadov’s release.

Who called for Ilgar Mammadov’s release?

The CM, a political body consisting of diplomats representing the 47 CoE member states, first examined the case in December 2014, and it has subsequently repeatedly called for Mr Mammadov’s immediate and unconditional release. Instead, however, in November 2016 the Azerbaijani Supreme Court upheld his prison sentence. Following a second complaint made by Mr Mammadov to the European Court claiming separate violations in the criminal proceedings against him, the Court found that Azerbaijan had violated Art 6(1) ECHR. Despite the two Court rulings and the continued pressure from the CM, Mr Mammadov remains in prison, almost 4 years after the initial judgment.

Faced with a failure to comply with the repeated calls for Mr Mammadov’s release, on 25 October  2017 the CM  passed an interim resolution referring the continued refusal to release Mr Mammadov and the question of Azerbaijan’s failure to abide by the judgment to the Court for determination.  The case will be reviewed by the Grand Chamber of the Court, its highest judicial formation consisting of 17 Judges.

How significant is this?

Such a decision of the CM, to begin infringement proceedings, is a significant step. Although the failure to implement European Court judgments has been a persistent problem for many years, for a number of states, this is the first time this procedure has ever been used against any European state.

Why this case, and what happens next?

So, why now, and why this case? These are not easy questions to answer, but it may be partly due to the gravity of the violation – the unjustified detention and prosecution of an opposition politician is a very serious issue in any country purporting to operate as a democracy. This is underscored by the Court’s finding of a violation of Article 18 in Mr Mammadov’s case (that the authorities had ‘ulterior purposes’ in prosecuting him) – there have only ever been a handful of such findings.

It may also be a factor that, having called for Mr Mammadov’s release, it is unquestionably clear that the Azerbaijani authorities have not complied with the CM’s stipulation, as he remains in prison – but the Court will need to decide whether that also means that Azerbaijan has failed to comply with the judgment itself, which did not explicitly call for his release.

Finally, there is the question as to what will happen if the Court decides that Azerbaijan has indeed failed to comply with this judgment. As we note above, there are no sanctions available to the Court, as such, and so this will be a political question for the CM to decide.