Alekhina and Others v Russia 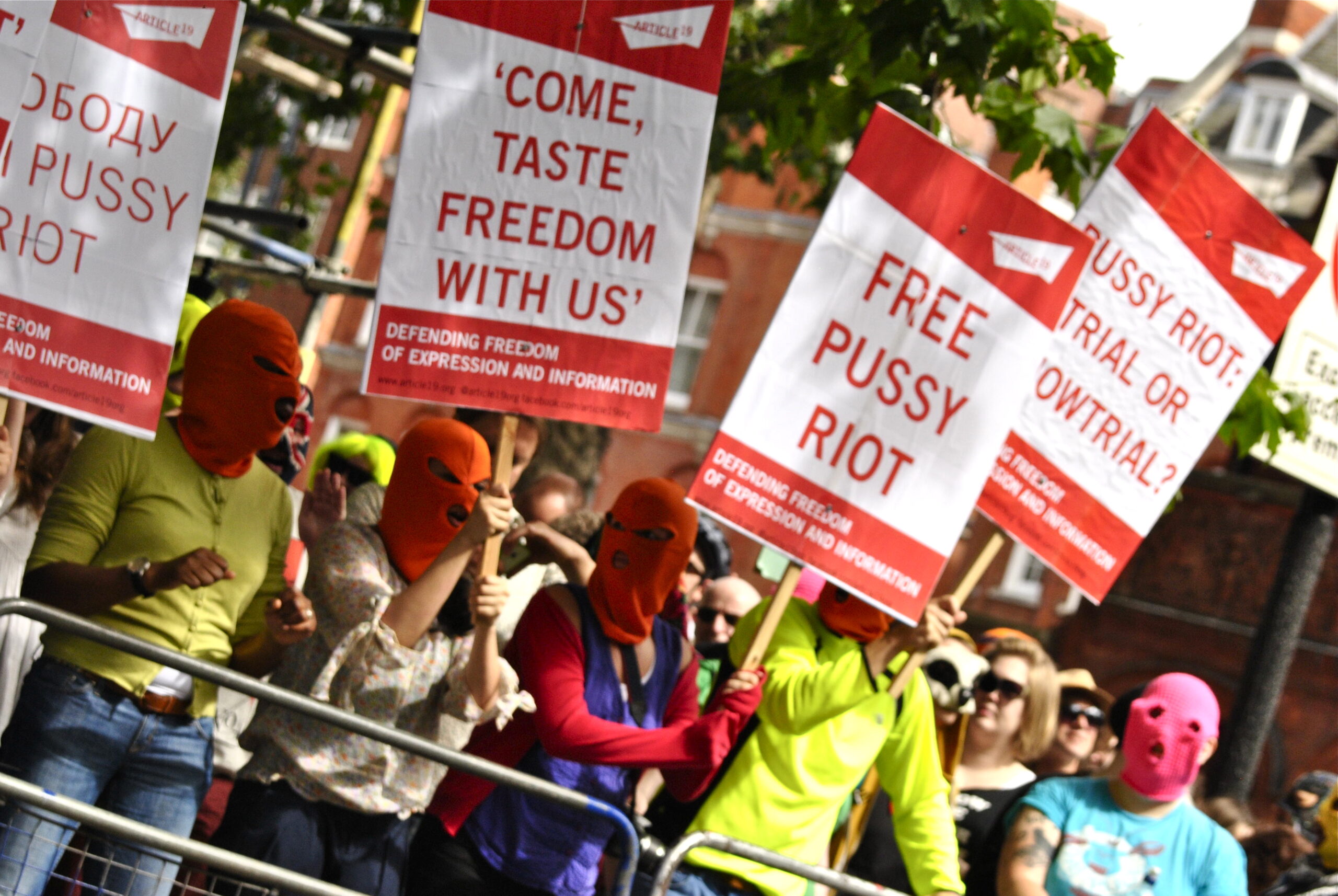 The applicants were initially represented by Mr M. Feygin, Mr N. Polozov and Ms V. Volkova, lawyers practising in Moscow. They subsequently appointed Ms I. Khrunova and Mr Y. Grozev, counsel from Moscow and Sofia respectively, to represent their interests before the Court.

The applicants, Mariya Vladimirovna Alekhina, Nadezhda Andreyevna Tolokonnikova and Yekaterina Stanislavovna Samutsevich, are the founders of a feminist punk rock group ‘Pussy Riot’ formed in 2011 in Moscow. Aspiring to be a critical response to the quasi-authoritarian regime of the President of the Russian Federation Vladimir Putin, and its policies, including its restrictive stance on women’s issues, minority rights and political protests, Pussy Riot has been thrown into the spotlight, not only in its capacity as an activist art project promoting social change, but also as an example of the challenges facing the protection of civil liberties within Russia.

To read more on the case, please follow the link below.