On 4 February 2020, the European Court of Human Rights (ECtHR) found Russia responsible for the abductions and presumed deaths of five men from Ingushetia, Dagestan and other regions of the North Caucasus. One of the men was Omar Valibagandov, a 37-year-old husband, father and brother who lived and worked in Dagestan. He was abducted by Russian state agents in August 2013 and has not been seen since. The Court found that Russia had violated Omar’s right to life (Article 2 of the European Convention on Human Rights), that he had been subjected to inhuman and degrading treatment by his abductors (Art. 3), and that his unacknowledged detention had breached his right to liberty (Art. 5). EHRAC, together with HRC Memorial, represented Omar’s younger brother Islam.

What happened to Omar Valibagandov? 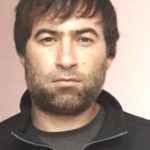 Omar Valibagandov went missing on the afternoon of 23 August 2013. His boss had raised concerns about Omar’s whereabouts after he failed to show up for a meeting. He called his younger brother Islam, alerting him to the situation. Omar’s wife then tried to call her husband on his phone, but it was switched off. The couple spoke on the phone every day, and she became worried when he did not return her calls.

Later that day, Omar’s boss received a text message from Omar’s phone in which he said that he had “problems” and would not be around for the next few days. Omar mentioned that he had left his car in a designated place. Omar’s boss and brother went to collect the car. Islam Valibagandov was later able to obtain CCTV footage which showed that the car had been parked by an unidentified man who could be seen wiping down its steering wheel and doors.

At around 6am on 23 August 2013, the emergency department of Karabudahkent Central Hospital received a call about Omar. He had been found wounded on Achi highway. The caller added that Omar was accompanied by officers from the Federal Security Service (FSB). An ambulance was dispatched and was followed to the scene by two unidentified cars. When the ambulance crew arrived, they found Omar together with several FSB officers dressed in military uniform.

Omar was transferred in only his underwear and handcuffs from a minivan to the ambulance by the FSB officers. A doctor observed numerous injuries on his body and head. Omar told the doctor that he had been kidnapped and maltreated but had managed to escape “with the help of kind people.” The FSB chief insisted that the ambulance take Omar to Izberbash Hospital, and not the hospital in Karabudakhkent which had received the emergency call.

Around twenty to twenty-five police officers were waiting at Izberbash Hospital when the ambulance arrived. It quickly became apparent that Omar had suffered a wound to the lower part of his thigh from a rubber bullet. He told doctors that he had been abducted, beaten up and shot at by masked law-enforcement officers near Achi station. Omar’s wounds were treated, but he was promptly handcuffed again and escorted to a police car and driven away. He has not been seen since.

A surgeon had informed the police about Omar’s hospitalisation. Omar had allegedly given the police a statement which he had written stating that he had accidentally shot himself with an airgun on Izberbash beach. The authenticity of this statement was later questioned by investigators. 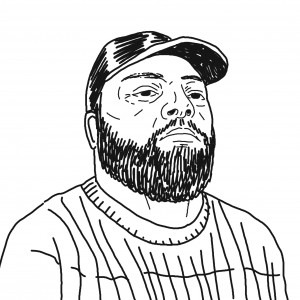 Omar Valibagandov’s story was featured in an exhibition by People in Need, called Stories Without Endings. (http://bezkonce.com/)

Police officers later searched Izberbash beach and found a bullet cartridge, but the item was not collected as evidence.

On 26 August 2013, the police officer in charge of the investigation into Omar’s disappearance refused to institute criminal proceedings for lack of evidence of a crime. This decision was overruled by the Izberbash prosecutor on 25 October 2013. Between 2014 and 2018, the investigation was suspended and resumed at least eight times.

The Court first noted that the abduction had taken place in a context of ongoing, sporadic forced disappearances in the aftermath of a large-scale counter-terrorism operation in the region. It determined that Omar Valibagandov must be presumed dead following his abduction by Russian state agents, and that his death can be attributed to the State, in violation of his right to life (Art. 2).

Several law-enforcement agencies were involved in the incident concerning Omar, and the Court concluded that, “by failing to act rapidly and decisively”, the authorities involved did not take sufficient action to avoid risking his life. The Court therefore found that there had been a breach of the positive obligation under Art. 2 in respect to Omar.

The Court also found that the Russian authorities’ investigation had been ineffective, in breach of the procedural aspect of Art 2. Investigators failed to take proper steps to identify the service personnel who could have been involved in the incident. Key evidence was not collected.

Omar was subjected to torture (Art. 3) by his abductors, with the Court noting the evidence provided detailing the wounds to his body.

The absence of any legal grounds or acknowledgement of Omar’s detention also constituted a particularly grave violation – a complete negation – of his right to liberty and security (Art. 5).

The Court ordered Russia to pay the applicant €80,000 in non-pecuniary damages. Omar’s brother Islam was an Art. 3 violation victim in his own right on account of the distress and anguish which he suffered, and continues to suffer, as a result of his inability to discover the fate of his missing brother, and because of the manner in which his complaints were dealt with by the authorities.

Islam Valibagandov also asked the Court to indicate to the Russian Government that they were obliged to identify and prosecute those responsible for the abduction of his older brother, and that it should undertake all possible measures to locate his body and return it to the family. The Government did not comment in response to this request. The Court reiterated its findings (in Aslakhanova and Others) that ineffective investigations into disappearances in the region at the material time were a systemic problem, but it declined to grant the applicant’s request as it was “most appropriate to leave it to the Government to choose the means […] to discharging their legal obligation’ to implement the ruling.”