On 8 March 2017, EHRAC lawyers Prof. Philip Leach and Joanne Sawyer represented former Georgian Prime Minister Ivane Merabishvili in an oral hearing before the Grand Chamber of the European Court of Human Rights, arguing that his pre-trial detention was unlawful, unnecessary and politically motivated. 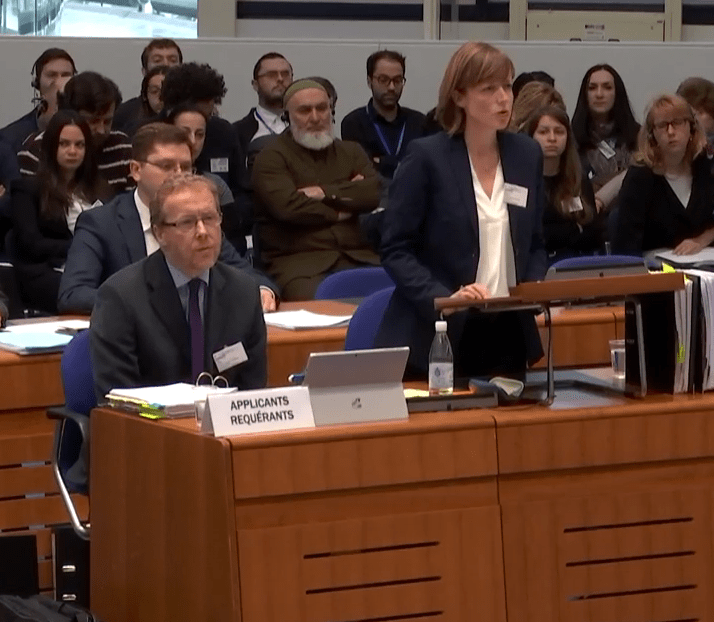 Mr. Merabishvili, a leader in Georgia’s United National Movement, was the Prime Minister of Georgia in 2012, and former Minister of Interior. Following the Parliamentary elections in 2012, at which the Georgian Dream party took power, Mr Merabishvili became Secretary General of the UNM, the leading opposition party in the country.  He was arrested on 21 May 2013 on suspicion of charges including vote-buying and breach of authority, for which he was detained on remand. Mr. Merabishvili’s requests that he be released from detention pending trial were denied.

Mr. Merabishvili, represented by EHRAC and Tbilisi-based lawyer Otar Kakhidze, took his case to the European Court, where he challenged the lawfulness of his pre-trial detention, as a violation of the right to liberty under Article 5(1) and 5(3) of the European Convention on Human Rights (ECHR).  Mr. Merabishvili further argued that his detention had been politically motivated and hence in violation of Article 18 of the ECHR.  He informed the Court that on 14 December 2013 he was removed from his prison cell late at night and taken to a meeting with the Chief Prosecutor and the Head of the Prison Authority.  There he was requested to provide information about the death of former Prime Minister Zurab Zhvania and the offshore bank accounts of the former President of Georgia Mikheil Saakashvili.  He was threatened that his situation would worsen if he did not co-operate.

On 14 June 2016, the Chamber of the Court found that Mr Merabishvili’s detention had been used for political gains in violation of Article 18, noting that detention should not be used to exert moral pressure on an accused person. Prof. Philip Leach discusses the significance of the finding of an Article 18 violation in a blog for European Journal of International Law Talk!, and examines the Court’s approach in similar cases of politically-motivated arrests and detention in Russia, Ukraine and Azerbaijan.  The Court also found that Georgia had violated Article 5(3), due to the superficial manner in which the domestic court had rejected Mr Merabishvili’s request for a review of his pre-trial detention.

Following the Court’s judgment, Georgia successfully applied for this case to be referred to the Grand Chamber. Such requests are rarely granted:  in 2016 the Grand Chamber only accepted 14 referral requests, highlighting the potential national and international impact of this case.   Before the Grand Chamber, Mr Merabishvili maintained the arguments which he had raised throughout the ECHR proceedings. The Grand Chamber will announce its decision at a later date.

At the heart of this case is the use of criminal proceedings to prevent Mr Merabishvili from being able effectively to participate in the political process during the run up to the 2013 Presidential election.

This is the first time that the Grand Chamber has heard an Article 18 case.  A positive outcome will benefit not only Mr Merabishvili, but many other people who are subjected to politically-motivated arrest, detention or prosecution.”

The webcast of the Grand Chamber hearing can be found on the Court’s website.