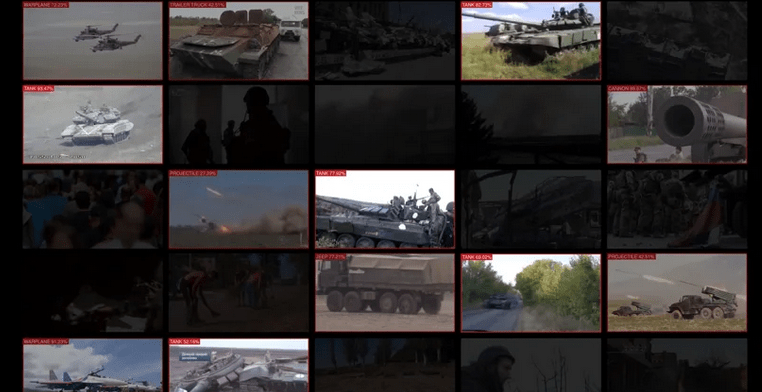 Five years since the Battle of Ilovaisk in eastern Ukraine, there is little sign of resolution of the armed conflict between Ukrainian Armed Forces and Russian backed ‘separatists’. Thousands of people continue to be subjected to a wide range of human rights abuses. The Ukrainian authorities have no control over the ‘separatist’ regions, and Russia denies any military involvement. Yet there is an overwhelming amount of video and documentary evidence online which attests to the presence of the Russian military in eastern Ukraine.

In a bold move, EHRAC commissioned Forensic Architecture, a digital investigations agency based at Goldsmith’s University (London), to gather and present evidence of Russian military presence in and around Ilovaisk in August 2014. Forensic Architecture created an interactive online ‘Platform’, presenting evidence identified and verified using open source research and specially programmed web-crawling algorithms. The Platform of video, photographic, text, media and other evidence demonstrates the presence of Russian military personnel and equipment in and around Ilovaisk. This use of machine learning to source evidence is innovative in human rights litigation, as is the presentation of this material on a digital platform, and opens up new possibilities for using technology to hold states to account for human rights abuses.

The Battle of Ilovaisk: Verifying Russian Military Presence in Eastern Ukraine from Forensic Architecture on Vimeo.

EHRAC, together with the Ukrainian Legal Advisory Group (ULAG), represent 25 Ukrainian volunteer combatants who fought in the Battle of Ilovaisk and were captured by Russian Armed Forces in August 2014 near Ilovaisk. They were unlawfully transferred to ‘separatists’ from the ‘Donetsk People’s Republic’, who detained and ill-treated them until their release between December 2014 and June 2015. Ilovaisk is a strategically located city between the Russian border and Donetsk, and the Battle represents a high point of Russian military involvement in eastern Ukraine. We rely on the evidence in the Platform in litigating this particularly complex case against Russia and Ukraine, to support our legal arguments of Russian responsibility for the applicants’ complaints.

The Platform maps Russian military presence in time and space, and displays distinct events as interconnected narratives, for example, the progress and capture of specific Russian tanks, and the capture of Russian paratroopers. Forensic Architecture used classifiers to identify certain types of objects (e.g. specific models of Russian tanks, weapons, uniforms, and military personnel). The evidence was rigorously verified, and then plotted in the interactive Platform.

Forensic Architecture are well known for their digital investigations exposing human rights abuses around the world. The machine learning-led methodology used to create this Platform was designed specifically for this case, and is the first time that evidence of this type has been submitted to the European Court of Human Rights. We hope that this novel means of presenting evidence will facilitate the Court’s assessment of the case by drawing the huge amount of data contained in hundreds of different sources into a coherent narrative.