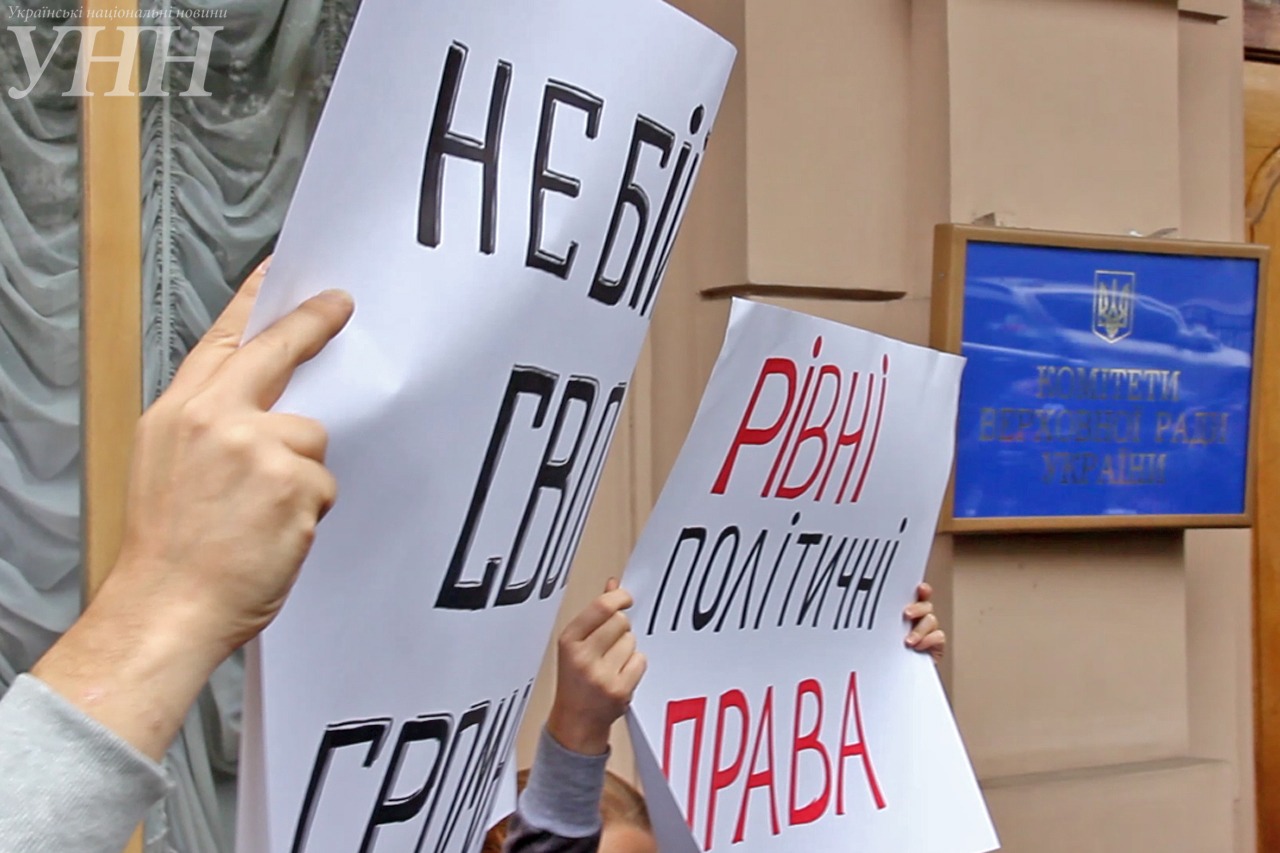 Their home was occupied. They had to move, rebuilding their lives and careers in a city hundreds of kilometres away. They lived in their new homes for months, some even years. They wanted to participate in the democratic process of their new city, but were denied the right to vote. Why? Because their official place of registration is in the occupied territory.

This is what happened to Oleksandra Selygenenko, Anastasia Martynovska, Darya Svyrydova, internally displaced persons (IDPs) from Crimea. They relocated to Kyiv after the peninsula was occupied by Russia in 2014. They had been living there for 6 to 18 months by the time of the local elections in October 2015, but were denied the right to vote because their home in Crimea was still registered as their permanent place of residence.

Anastasia and Darya are both lawyers, and are represented before the European Court of Human Rights by EHRAC and the Regional Centre for Human Rights (RCHR), which was based in Sevastopol before the occupation, and is now located in Kyiv.

“I want proper acknowledgement that Crimeans are members of the Ukrainian family, citizens of this country, and not people who are deprived of… the right to vote, just because of the place of their registration. I cannot vote in the majority of elections as an IDP. And that’s despite living in Kyiv for more than three years. I pay taxes here!

It is precisely this issue – discrimination against IDPs and depriving them of the opportunity to participate in local elections – which we have challenged in our application to the European Court of Human Rights. This is one of the first cases, communicated to the Government of Ukraine after the annexation of the Crimea. And the decision of the Court in this case is crucial for me.”

Is registering to vote complicated?

Voter registration in Ukraine is determined by an individual’s place of registration as recorded in their passport. Changing the recorded address is highly problematic and, crucially, requires either proof of ownership or the written confirmation of the owner of the property in which the person lives.  This is frequently not provided, particularly not in informal rental arrangements.

Although many people in Ukraine are not registered in the town where they live, in most cases they can still vote in local elections at the place of their registration – most often the towns of their birth. However, this was not possible for those from Crimea (and parts of the Donbas region in the conflict zone of eastern Ukraine) as local elections could not be held there in October 2015.

This case is indicative of a broad and systemic problem of Ukrainian IDPs being unable to vote in local elections in their new place of residence.​ Both the UNHCR and the Council of Europe have recognised that IDPs are either entirely unable to or face significant barriers to exercising their right to vote.  In its report on the situation of IDPs in Ukraine in 2016, the Council of Europe concluded that:

“IDPs often face significant barriers to exercising their rights to participate in public and governmental affairs, in particular their rights to vote and to stand for election…. In  fact, in the local elections that occurred in  2015, a significant number of internally displaced Ukrainian citizens were disenfranchised, specifically all IDPs who did not change their permanent place of residence.”

Estimates from the Ukrainian authorities and NGOs suggest there are currently between 20,000 and 60,000 IDPs in Ukraine from Crimea alone, and almost 1.5 million IDPs from other regions of the country.[1] This case has the potential to address their inability to exercise one of the most fundamental democratic rights – the right to vote in local elections.

How does this violate their human rights?

On behalf of Oleksandra, Anastasia and Darya, we argue that they were practically unable to change their place of residence, and, if they had done so, they would have risked losing their status and entitlements as IDPs. Changing their permanent place of residence also takes a heavy emotional toll on IDPs:

“I did not want to change my registered place of residence in Sevastopol, as this is the only link that connects me to my birthplace. My grandmother still lives in Sevastopol. I grew up there and there is my apartment with the things and memories, which are precious to me.”

Invoking Article 1 of Protocol 12 of the European Convention on Human Rights (ECHR), we argue that as IDPs from Crimea, they were discriminated against, in breach of their constitutional right to vote in local elections. They argue that they were treated less favourably than other Ukrainians (not IDPs) living in mainland Ukraine, but outside their place of registration.  They argue that this difference in treatment is based purely on their IDP status and that, in all other respects, they are in a similar situation to other potential voters.  They contend that their discriminatory treatment was not justified.  They also argue that IDPs are an especially vulnerable group, uniquely disadvantaged by the domestic voting regime, and that Ukraine should have taken positive measures to ensure that they were able to participate equally in the local elections.

Very few cases under Protocol 12 have been litigated before the European Court – this is the first Ukrainian case in which the Protocol will be considered.

The case was sent by the European Court to the Ukrainian Government for their observations in August 2017, and EHRAC and RCHR lodged our reply in April 2018. In addition to the arguments made above, we also propose that the European Court adopt general measures calling on the Ukrainian Government to amend domestic legislation to enable IDPs to vote in local elections.

[1] According to the Ukrainian Ministry of Social Policy, there were 1,490,833 registered IDPs in Ukraine (19 March 2018).  In April 2017, the State Emergency Service of Ukraine estimated the number of IDPs from Crimea living in mainland Ukraine to be 22,822.40. However, Ukrainian NGOs estimate that between 50,000 and 60,000 former Crimean residents could be displaced in mainland Ukraine.  Research conducted for the UNHCR in 2017 found that only 4% of IDPs voted in local elections, noting that they cannot vote as they are not able to get registered locally.