Matkava and others v Georgia 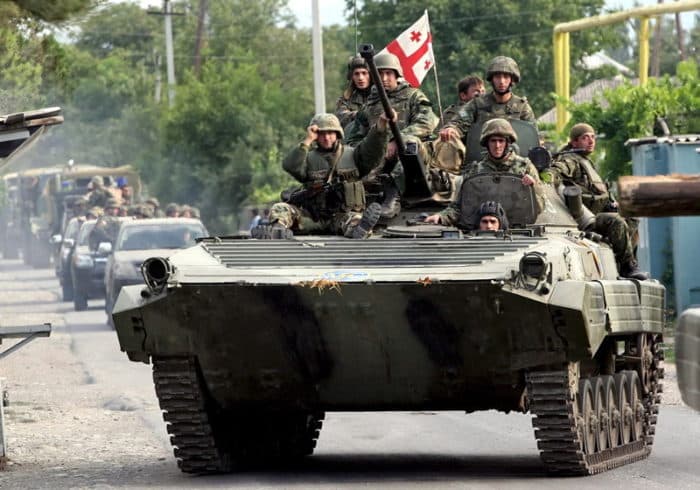 The family of a Georgian man who was murdered at a checkpoint by an Abkhaz ‘border guard’ have maintained Russia’s responsibility for his killing in their reply to observations made by the Russian Government submitted to the European Court of Human Rights (ECtHR) on 30 July 2019. Giga Otkhozoria was fatally shot on the afternoon of 19 May 2016 after becoming embroiled in an argument with a group of Abkhaz ‘border guards’ at the ‘administrative boundary line’ (ABL) between Georgia and the territory of Abkhazia. ‘Border guard’ Rashid Kanji-Ogli (RKO) was later tried in absentia by a Georgian court and convicted of Giga’s murder. RKO was sentenced to fourteen years imprisonment, but has not served this sentence as the Russian and de facto Abkhaz authorities have failed to locate him and hand him over to Georgia. EHRAC, together with the Georgian Young Lawyers Association (GYLA), represent Giga’s parents, wife and two children.

In the applicants’ response, EHRAC reiterated that the Russian Federation has jurisdiction under Article 1 of the European Convention of Human Rights (ECHR) over the events surrounding Giga’s death, on the basis of evidence that establishes Russia’s ‘effective control’ over Abkhazia and the de facto Abkhaz authorities. Russia has provided substantial military, political and economic support to Abkhazia since the breakaway territory unilaterally declared itself an ‘independent state’ following the Georgian-Russian war in 2008. EHRAC also asserted that Russia has jurisdiction on the basis of RKO’s individual control over Giga when he apprehended and murdered him, for which Russia is responsible on the basis of its ‘effective control’ of the territory and its de facto authorities.

The Russian Government maintained in its observations – submitted to the Court in March 2019 – that it does not have ‘effective control’ over Abkhazia or its authorities. This argument echoes Russia’s broader position in a series of interstate cases lodged by Georgia against Russia at the European Court concerning serious human rights violations by Russia during the 2008 war in South Ossetia and Abkhazia. In the present case, Russia expressly relied on its position set out in the interstate pleadings, which EHRAC then requested and received disclosure of in order to respond to the Government’s assertions in full.

Giga was murdered on the Georgian-controlled side of the ABL situated between the Georgian village of Kurcha, and Nabakevi village on the Abkhazian side. EHRAC maintains that RKO used unlawful force resulting in Giga’s murder, in violation of his right to life (Art. 2 ECHR). Giga was unarmed and was not resisting arrest. He was walking away from the altercation when the ‘border guards’ pursued him into Georgian-controlled territory and one of them – RKO – shot him dead.

EHRAC also reiterated that no effective investigation was carried out into Giga’s death by the de facto Abkhaz authorities, and that they have been denied an effective domestic remedy (Art. 13 ECHR). The family were never granted victim status in the Abkhaz investigation, and were consistently denied access to the criminal case file. The Russian Government in its observations notably failed to submit a requested copy of the case file, and offered no explanation as to why the file was not disclosed.

Russian control of Abkhazia is widely acknowledged. Only a handful of countries – including Venezuela and Syria – have recognised Abkhazia and South Ossetia as independent states. Russia is the only Council of Europe member state to do so. The unrecognised republics are effective human rights ‘grey zones’.

Giga’s case raises a number of important questions surrounding the responsibility for human rights violations involving officials of the de facto Republic of Abkhazia, as well as the breakaway territory of South Ossetia. Giga was named along with two other murdered Georgian men in another interstate case – Georgia v Russia (IV) – lodged at the Court in 2018 in which the Georgian Government alleges that Russia has engaged (and continues to engage) in the practice of “harassing, unlawfully arresting and detaining, assaulting, torturing, murdering and intimidating” ethnic Georgians attempting to cross, or living in proximity to, boundary lines separating Georgia-controlled territory from Abkhazia and South Ossetia. Georgia further alleges that Russia has failed to conduct Convention-compliant investigations into such practices, citing the murder of Giga and two others.