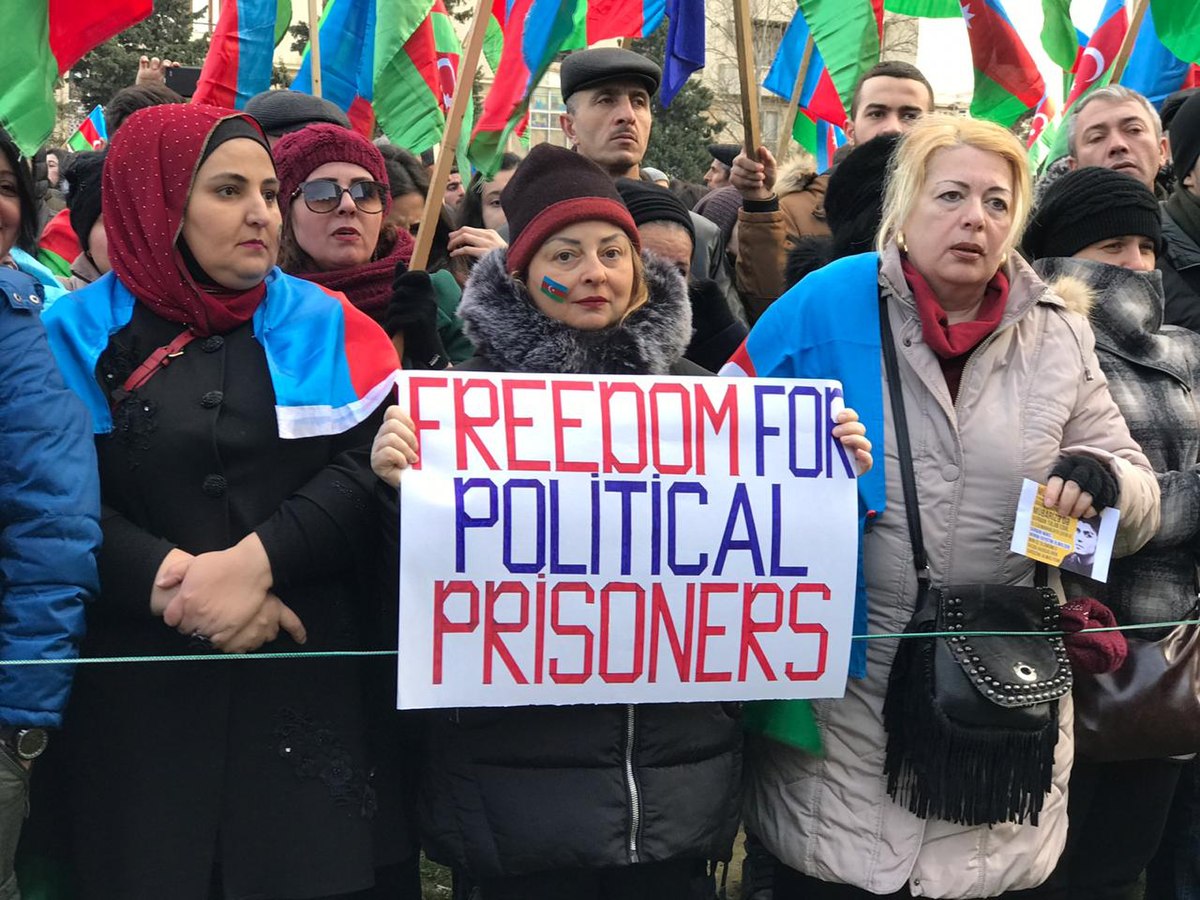 The European Court of Human Rights (ECtHR) today ruled that Azerbaijan’s suspension and disbarment of a prominent human rights lawyer was in breach of his freedom of expression and right to a private life. Khalid Bagirov was first suspended in 2011 after he made comments about the suspicious death of his client in police custody. He was later permanently disbarred in 2015 for criticising Azerbaijan’s judicial system during a trial which concerned a domestic court’s failure to implement an ECtHR judgment in the case of Ilgar Mammadov, an opposition politician whose arrest was found to be politically motivated.

In delivering its judgment today, the Court ordered the Azerbaijani Government to ensure the “maximum possible reparation” for Khalid Bagirov, “and [that] they should put the applicant, as far as possible, in the position in which he had been before his disbarment.”

Khalid Bagirov formerly practised law in Baku and has represented applicants in dozens of cases before the European Court of Human Rights. He has taken on many high-profile and sensitive human rights cases, and has defended human rights defenders Leyla and Arif Yunus, Rasul Jafarov, Khadija Ismayilova, and Intigam Aliyev, among others.

“Disbarment has become a very effective tool to exclude lawyers from human rights defence work in Azerbaijan. Khalid Bagirov was one of the first to face disbarment for his criticism of prevailing injustices in the country since the crackdown on civil society began. We are very pleased that the Court not only established that Khalid’s disbarment and earlier suspension were in violation of his rights but that it also indicated that the Azerbaijani Government should take measures to restore Khalid’s professional activities, which in effect means the restoration of his licence.”

What happened to Khalid Bagirov?

In January 2011, a young man died in custody in a police station in Baku. The circumstances surrounding his death were suspicious. The case received widespread media coverage, and a photograph of the man’s badly beaten body soon surfaced. The dead man’s mother later stated that her son had been murdered by police and that they had taken no steps to investigate his death.

In the following month, Khalid Bagirov commented on the incident at a meeting dedicated to problems encountered by lawyers in Azerbaijan. He expressed his wish to organise a protest against police brutality under the banner: ‘We Cannot Defend the Dead’. Bagirov’s comments were later published in Bizim Yol newspaper.

A few weeks later, the deceased’s mother contracted Bagirov to defend her rights in the proceedings relating to her son’s death. But the criminal investigation into the suspicious death was ultimately suspended.

Disciplinary proceedings were first initiated against Khalid Bagirov after the head of the Baku City Chief Police Department accused him of making defamatory statements against the police relating to claims of murder, torture, ill-treatment, and other abuses. The courts refused to institute criminal proceedings for defamation. But the police official later sent a letter to the Azerbaijani Bar Association (ABA) asking for Bagirov to be disciplined.

On 24 August 2011 the Presidium of the ABA held a meeting and decided to suspend Bagirov from practising law for one year for supposedly disclosing confidential information about the circumstances surrounding the young man’s death in custody. Bagirov vehemently denied that he had disclosed any confidential information but his appeal before the domestic courts was later dismissed.

In late 2014, Khalid Bagirov was one of two lawyers who represented the opposition politician Ilgar Mammadov in criminal proceedings before the Shaki Court of Appeal. On 25 September 2014, a Court of Appeal judge sent a letter to the ABA asking for disciplinary proceedings to be initiated against Bagirov for remarks that he had allegedly made at the court hearings. He was believed to have said: “Like State, like court… If there were justice in Azerbaijan, [the judge] would not deliver unfair and partial judgments, nor would an individual like him be a judge.”

The Presidium of the ABA held that Bagirov had breached the rules of conduct for lawyers on account of the comments which had “cast a shadow not only over the Azerbaijani judiciary, but most importantly over the State and our statehood”. The decision was referred to the domestic courts.

On 10 July 2015 the Nizami District Court delivered its judgment and ordered Bagirov’s disbarment. The court held that its decision was not in contravention of his freedom of expression, enshrined in Article 10 of the European Convention on Human Rights (ECHR), because it claimed that he had misused the right in order to smear the State and its judicial system. Bagirov’s subsequent appeals were refused.

Khalid Bagirov’s disbarment has effectively prevented him from acting in important human rights cases. In 2016, the European Court of Human Rights found that, as a result of Bagirov’s disbarment, his client Rasul Jafarov (a prominent human rights defender who EHRAC represented) had his right to individual petition violated as the authorities did not permit Bagirov to visit him in prison.

The ABA’s decision was condemned in December 2014 by the President of the Parliamentary Assembly of the Council of Europe (PACE) as part of the “increasing intimidation of human rights defenders in Azerbaijan”. The International Commission of Jurists (ICJ) submitted a third-party intervention in Bagirov’s case in 2015, arguing that “the special role of lawyers in the administration of justice, pursuant to the rule of law, necessitates their ability to carry out their important professional functions without undue restrictions”.

Following a visit to Azerbaijan in 2016, the UN Special Rapporteur on the situation of human rights defenders referred to Bagirov’s case, noting that he had been unjustifiably disbarred. He stated that “for those lawyers who are members of the bar association, disciplinary proceedings have been one of the main means of retaliation for their human rights or professional activities.” The Council of Europe’s Commissioner for Human Rights also intervened in Bagirov’s case in 2016, stating that it provided “a powerful illustration of the continuing shortcomings in the area of both freedom of expression and the functioning of the judiciary in Azerbaijan.”

The Court found two violations of Article 10 in relation to both the initial suspension and ultimate disbarment of Khalid Bagirov. It found no evidence that the Azerbaijani State had a “legitimate aim” in restricting his right to freedom of expression by suspending his licence.

Khalid Bagirov always insisted that the grounds for his suspension were unfounded. He did not disclose any information covered by lawyer confidentiality as the allegations concerning the death of his client in police custody had already been voiced publicly by the deceased’s mother.

The European Court noted that the ABA’s decision, which was later confirmed by the domestic courts, did not specify which provision of the domestic law had been breached in order to subject him to disciplinary responsibility. Bagirov was not representing the deceased’s mother when he made the statement. The claims that he repeated were by that time available in the public domain.

On the subject of Bagirov’s disbarment, the European Court found that his comments, while possibly offensive to the judge, were made by Bagirov as the lawyer of one of the parties to the case in a closed courtroom and expressed objections to decisions already made. It also rejected the Nizami District Court’s decision that Bagirov had “misuse[d]” his right of freedom of expression to smear the State as “irrelevant for the purposes of Article 10 of the Convention” and that this could not possibly be a reason for the restriction of the right in a “democratic society demanding pluralism, tolerance and broadmindedness.” The European Court’s findings were also compounded by the nature and severity of the penalties imposed on Bagirov.

The Court also found a violation of Article 8 of the ECHR (right to a private life) as regards to Khalid Bagirov’s suspension and disbarment, noting in particular that the disbarment sanction is the harshest disciplinary sanction in the legal profession and has “irreversible consequences on the professional life of a lawyer.” Azerbaijan’s domestic courts never explained why Bagirov’s courtroom comments was such a serious misconduct that it justified such a harsh penalty.

Under Article 46 of the Convention, the Court ordered Azerbaijan to ensure the “maximum possible reparation” for the violation found and adopt measures “aimed at restoring his professional activities”. Bagirov has argued that the most appropriate form of redress would be the restoration of his membership of the ABA. The Council of Europe’s Committee of Ministers will supervise the adoption of measures aimed at restoring his professional activities.

The Court ordered Azerbaijan to pay Khalid Bagirov €18,000 in damages.