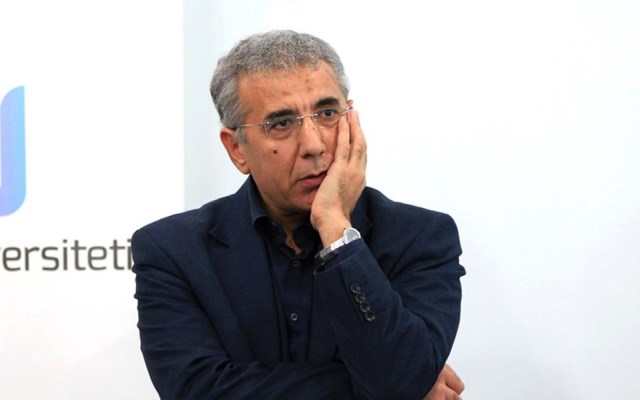 What happens when you take action following allegations of fraud during parliamentary elections?  What if you spent your life defending victims of human rights abuses, only to be arrested and put into prison for daring to be critical of the State?

In August 2014, prominent Azerbaijani human rights lawyer Intigam Aliyev’s vital work in taking cases to the European Court of Human Rights was interrupted when the authorities arrested him on trumped-up charges. His home and office were searched, and many of his case files seized. He was held in appalling conditions in pre-trial detention, until he was convicted in April 2015 and sentenced to seven and a half years in prison. He was conditionally released in March 2016, and has since reprised his efforts to hold the State to account over human rights. Today, the European Court found that his treatment by the Azerbaijani authorities was politically motivated, and aimed at silencing and punishing him for his human rights activism. Because of a pattern of similar abuses by the authorities, the Court went further, in calling on the Government to ensure the protection of its critics, civil society activists and human-rights defenders.

“This is a unique judgment from the point of view of setting a very important precedent. Before my arrest, my organisation and I collaborated with EHRAC on the cases of political prisoners, which we took both at the domestic level and to the European Court. But it so happened that I came to work with this organisation on my own cases, when I was arrested in 2014. My lawyers and I felt enormously supported by EHRAC throughout the period of my detention. This was not just formal legal support, but something much greater, and above all, a huge moral support. This was very important for me. This support was important for my local lawyers too, who worked in very difficult conditions, and under great pressure.”

Intigam is one of the most prominent faces in Azerbaijani civil society, and is the founder of the Legal Education Society. He has long been critical of the Azerbaijani authorities, including in relation to the restrictions placed on the legal profession in Azerbaijan. In May 2014, criminal proceedings were brought against Intigam on falsified charges of illegal entrepreneurship, large-scale tax evasion and abuse of power. In August 2014, he was charged and remanded in custody as a ‘preventative measure’ in case he absconded during the pre-trial period; he appealed against his detention, arguing that the measure failed to take into account his age, his social and family status, or his health. He complained that the real reason for his arrest was related to his work as a human rights activist, particularly because he has represented numerous clients before the European Court, including in cases related to irregularities during the 2010 parliamentary elections. However, all his appeals were dismissed. His home and office were searched in the days before and after his arrest, and his case files were seized by the authorities. Conditions in the detention centre to which Intigam was initially sent were cramped and squalid. The cells were overcrowded, and Intigam had less that 1m2 of personal space. They were inadequately ventilated and sanitary conditions were poor, with a time-limited water supply.

What did the European Court find today?

In a strongly worded judgment, the Court established that Intigam’s arrest and detention were unlawful, and that he was detained without any ‘reasonable suspicion’ of his having committed a criminal offence. It therefore found a breach of Article 5§1 of the European Convention on Human Rights (ECHR). It also found that the domestic courts consistently failed to verify the existence of reasonable suspicion underpinning Intigam’s arrest and detention, and the legitimacy of its purpose. In finding a violation of Article 5§4, it stated:

“the role of the domestic courts was limited to automatic endorsement of the prosecution’s applications without any genuine or independent review of the ‘lawfulness’ of the applicant’s detention”.

Turning to the searches of Intigam’s home and office, and the seizure of his files, the Court found that there was ‘no legitimate aim’ behind these measures, concluding that the Azerbaijani Government had breached Intigam’s right to respect for private and home life (Article 8 ECHR). Furthermore, the Court established that:

“The totality of the… circumstances [in this case]…indicates that the authorities’ actions were driven by improper reasons, and the actual purpose of the impugned measures was to silence and punish [Mr Aliyev] for his activities in the area of human rights as well as to prevent him from continuing those activities.”

It therefore found a violation of Article 18 ECHR, establishing that the predominant purpose of the sanctions faced by Intigam were not those stipulated by the authorities. It also noted that Intigam’s case is not isolated, but rather part of systemic reprisals against human rights activists and journalists by the authorities.

“This decision is a damning indictment of the Azerbaijani authorities’ treatment of human rights defenders and other activists and critics, in identifying a pattern of arbitrary, punitive arrests and retaliatory prosecutions. The Court also highlights the systematic failure of the domestic courts to provide any measures of protection and calls on the Government to stop the misuse of the criminal law in these ways. Time then for more concerted action from the international community to ensure that the rule of law is respected in Azerbaijan.”

With regards to Intigam’s conditions of detention, the Court found that the space afforded to him fell far below the required standard of personal space, while the cell lacked adequate ventilation and sanitary facilities. It therefore found a violation of the prohibition of inhuman and degrading treatment (Article 3 ECHR), and

“subjected him to hardship going beyond the unavoidable level of suffering inherent in detention”.

Intigam was awarded €20,000 in compensation.

In today’s judgment, the Court ruled that Azerbaijan must take action to address this issue, stating that:

“the necessary general measures to be taken by the respondent State must focus, as a matter of priority, on the protection of critics of the government, civil society activists and human-rights defenders against arbitrary arrest and detention. The measures to be taken must ensure the eradication of retaliatory prosecutions and misuse of criminal law against this group of individuals and the non‑repetition of similar practices in the future”.

Intigam’s conditional release from prison in 2016 has not, however, signalled the end of his harassment by the authorities. Shortly after leaving prison, he was told, orally, that there was a travel ban imposed on him, but was not given any official documentation. The travel ban appears to be arbitrary: he was allowed to leave Azerbaijan for ten days when attending a Council of Europe conference as the keynote speaker in June 2016, where he criticised the Government’s repressive actions towards civil society. Permission to leave the country on subsequent occasions, including to undergo medical treatment, were unsuccessful for various and inconsistent reasons. EHRAC applied to the European Court concerning his travel ban in May 2018. We argue that the ban breaches Intigam’s rights to freedom of movement (Article 2, Protocol 4 ECHR), freedom of expression (Article 10 ECHR), and respect for private and family life (Article 8 ECHR). We also argue that he had no effective domestic remedy (Article 13 ECHR), and that the ban is politically-motivated (Article 18 ECHR). Award-winning journalist Khadija Ismayil has been subject to a similar travel ban since her release from prison in 2016, a case which is now pending judgment at the European Court.

Over the last few years, the legal profession has become the target of repressive measures by the State, which seem aimed at restricting lawyers’ ability to take on ‘sensitive’ cases, especially those concerning human rights violations. In autumn 2017, the Azerbaijani parliament approved a package of amendments to legislation governing the legal profession, essentially prohibiting those who are not members of the Azerbaijani Bar Association from representing clients domestically. In the context of Azerbaijan, where the Bar Association is a highly-politicised body under state influence, this has all but decimated the ability of human rights lawyers to take cases. Intigam has been denied admission to the Bar since 2005, an issue on which the Court gave judgment in April 2018.