Georgian Government must re-home villagers at risk of deadly landslides 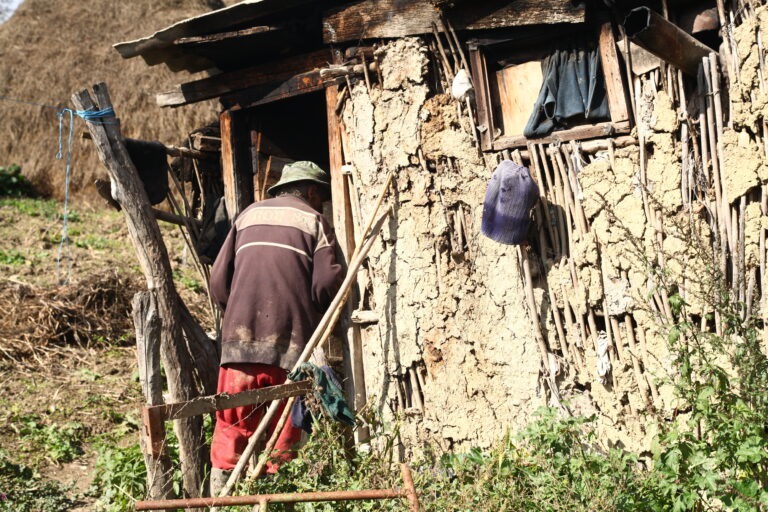 Perched on a steep mountainside above a river, the remote village of Vedzatkhevi certainly sounds picturesque. But after a landslide in 2010 killed several people, the Georgian authorities decided to re-house most of the residents. Vepkhia Ardoteli, Nabisi Zviadauri and Lia Zviadauri are the only residents that remain. For them, the fear of another landslide – which could claim their lives – is ever-present, yet the authorities refuse to find them safer homes. EHRAC and the Human Rights Education and Monitoring Centre (Tbilisi) lodged an application on behalf of these three remaining Vedzatkhevi residents before the European Court of Human Rights in December 2017.

Why did the Georgian authorities leave Nabisi, Vepkhia and Lia behind?

Nabisi is a 74 year old woman, and has lived alone in Vedzatkhevi since a mudslide claimed the lives of her son and grandson. Her remaining son lives in another remote mountain village. Vepkhia and Lia have already sent their children to live with Lia’s sister in Jinvali, at the bottom of the valley, so that they can attend school, as there are no remaining schools in Vedzatkhevi. The authorities have refused Nabisi, Vephkia and Lia alternative accommodation because they allege that they could live with their relatives in other villages.

Are they really in danger? 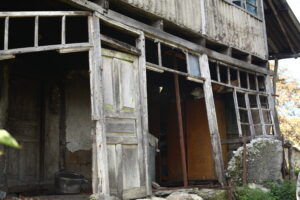 Vedzatkhevi is at high risk of landslides – this is well documented by the Georgian Ministry of Environment, which is precisely why it rehoused, as a priority, eight of the 11 families who formerly lived in the village. Landslides threaten to engulf the whole village, destroy homes, and take the lives of its remaining inhabitants. From late autumn to the next summer, the river floods, rendering the only road into Vedzatkevi treacherously muddy for pedestrians and drivers. With no pharmacy in the village itself, it is impossible to access emergency medical services. If, for example, an ambulance were called to the village at this time of year, it would have to stop 3 kilometres away, and the injured or sick person, such as Nabisi herself, would have to walk or be carried to reach it.

What should the Georgian authorities have done?

In our application to the European Court of Human Rights, we argue that the Georgian authorities must take appropriate steps to protect the lives of its residents, and that it has a responsibility to mitigate against risks caused by adverse weather or environmental conditions. The State, we argue, has not done all that it could to prevent their lives being avoidably put at risk, in breach of the positive obligation of the right to life (Article 2 of the European Convention on Human Rights (ECHR)). The State’s refusal to re-settle the two families, as they did for other Vedzatkhevi residents, on the basis that they have relatives in other villages was unlawful. Vepkhia and Lia have been forced to live separately from their children as a result, in order for them to continue their education. We argue that this is a violation of the right to respect for private and family life (Article 8 ECHR). Finally, we argue that they have not had access to an effective domestic remedy (Article 13 ECHR).

We have asked for the European Court to prioritise our application, because the families remain at risk as long as they continue to live in the village.