In May 2016, Giga Otkhozoria was driving with two acquaintances from Zugdidi in Georgia to Abkhazia to deliver food for a family funeral. An argument between Giga and Abkhaz ‘border guards’ on the ‘administrative boundary line’ (ABL) between Georgia and Abkhazia quickly escalated. One of the ‘border guards’ shot Giga four times: the last and fatal shot was to his head. In January 2018, his parents, wife and two children appealed to the European Court of Human Rights, arguing that Russia is responsible for Giga’s death. EHRAC and the Georgia Young Lawyers’ Association (Tbilisi) represent Giga’s family before the European Court.

What happened to Giga? 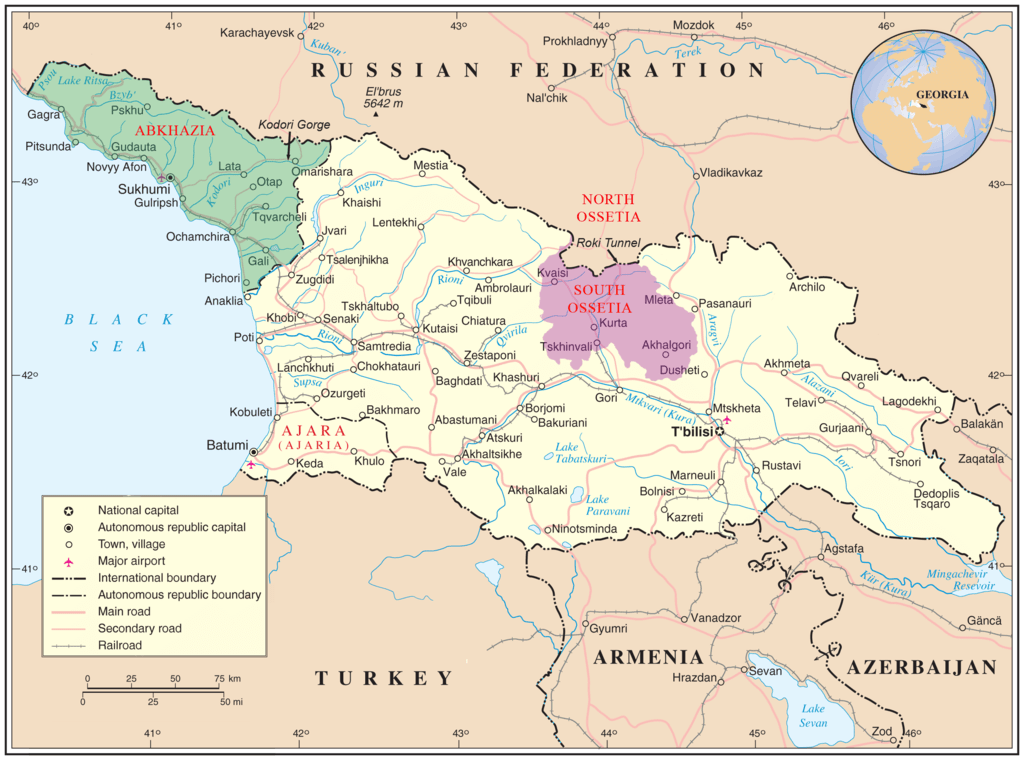 Giga lived in a village called Zugdidi, close to the ABL separating Abkhazia (which has not been controlled by the central Georgian authorities since the August 2008 war with Russia) from the rest of Georgia. The Abkhaz ‘border guards’ are stationed near a bridge between the villages of Khurcha and Nabakevi (on the Abkhazian side). 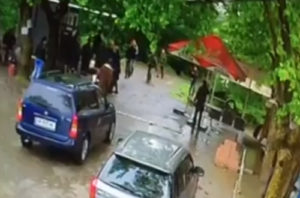 A screengrab from CCTV footage from the Georgian-controlled side of the ABL, which shows the moment when Giga was shot dead. (Source: Agenda.ge)

On 19 May 2016 in the afternoon, Giga was driving two acquaintances from Zugdidi to Nabakevi to deliver food, bought for the funeral of their relative. As they approached the ABL, Giga got out of the car to ask the ‘border guards’ for their help in moving the food across the bridge. What started as a conversation grew into an argument. One eye witness said that the argument started because Giga intervened when he saw the guards mocking and taunting a young man. As the argument became heated, Giga walked away from the ‘guards’, trying to avoid further conflict. But they followed and threatened him. Giga was already on the Georgian-controlled side of the boundary when one of the ‘guards’ shot him in the leg, the chest and the abdomen at close range. Giga fell to the ground. Video footage shows the same ‘guard’ then shot Giga in the head, while another punched and kicked him. Giga died on the way to the hospital.

Who is responsible for his death?

In light of  Russia’s effective occupation of Abkhazia since 2008, we argue before the European Court  that the conduct of the Abkhaz ‘border guards’ is attributable to Russia in view of the latter’s ‘effective control’ of Abkhazia, and the physical control exerted by the ‘guards’ over Giga on 19 May 2016.  We submit therefore that Russia has jurisdiction under Article 1 of the European Convention on Human Rights (ECHR) over the events leading to Giga’s killing. We claim that the ‘guards’ used unlawful force, which resulted in Giga’s death, in violation of the right to life (Article 2 ECHR). Giga was unarmed and walking away from the altercation when they pursued him into Georgian-controlled territory and shot him. They were not trying to lawfully arrest him, and shooting him at close range was neither necessary nor a proportionate use of force. Though the ‘guard’ who fired the shots was convicted in absentia by a court in Georgia of Giga’s murder (and sentenced to 14 years’ imprisonment), requests for his transfer to Georgia  have been ignored, and he remains at large. We therefore also argue that there was no effective investigation carried out into his killing by the Abkhazian authorities, and his family have been denied an effective remedy, a violation of Article 13 ECHR. The case was quickly communicated by the European Court to the Russian Government for their obeservations on 8 November 2018.

Aside from seeking justice on behalf of Giga’s family, this case raises a number of important questions about the issue of responsibility for human rights violations involving officials of the de facto ‘Republic of Abkhazia’. After the 2008 Russia-Georgia war, Abkhazia declared independence, along with South Ossetia, and still remains outside of Georgian control. However, only a handful of other countries around the world recognised their move to secede. Russia was the only Council of Europe member State to do so. It is widely acknowledged that Russia exercises significant political and military influence over Abkhazia. In putting the parties to proof about Russian influence in Abkhazia, this case therefore has the potential to secure an objective and authoritative decision from the European Court about who is responsible for upholding the rule of law in this post conflict situation.