Tomorrow, the case of Sargsyan v Azerbaijan will be heard by the Grand Chamber at the European Court of Human Rights. The case is brought by the European Human Rights Advocacy Centre (EHRAC), based at Middlesex University in London, and the Armenian NGO, Legal Guide, on behalf of Mr Minas Sargsyan and his family who complain that Azerbaijan committed serious human rights violations during the Nagorno-Karabakh conflict. 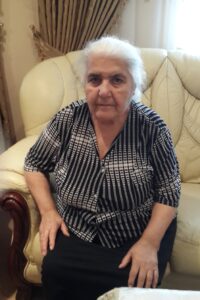 Minas Sargsyan was an Armenian national who lived in the village of Gulistan until 1992, when the Nagorno-Karabakh war broke out. He owned a house and land there and was forced to flee to escape the heavy bombing by Azerbaijani forces. He then lived as a refugee in Yerevan. Mr Sargsyan claimed that returning to Gulistan was impossible as it remained occupied by Azerbaijani forces.

The Azerbaijani government denies any responsibility for the case, on the basis that it does not have control over the territory where Gulistan village is situated.Mr Sargysan died in 2009 and his wife, Lena Sargsyan, died in January 2014. The case is continued by their two children. They complain that their inability to return to the village breaches both their property rights (Article 1 of Protocol 1), and their right to respect for private and family life (Article 8 of the European Convention on Human Rights). The Sargsyan family also complain about their inability to visit the graves of their close relatives (Article 8) and that there were no effective remedies available to ethnic Armenians who had been forced to leave their homes in Azerbaijan (Article 13). Finally, their case includes a complaint of ethnic discrimination (Article 14).