In two separate judgments against Russia at the European Court of Human Rights today, justice was achieved for three families whose relatives were ‘disappeared’ at the hands of Russian State agents in 2001, 2002 and 2004. The practice of ‘enforced disappearances’ is common to the North Caucasus region and continues today. The families were represented by lawyers at the European Human Rights Advocacy Centre (EHRAC)*, based at Middlesex University, and the Russian NGO Memorial, based in Moscow. 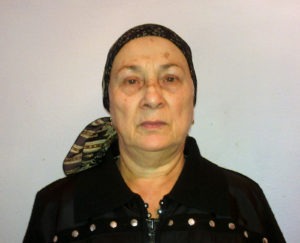 In Elikhanov v Russia, Khavazhi Elikhanov, born in 1977, was arrested by 15 to 20 masked armed servicemen on 4 November 2001 when walking along a street in Urus-Martan, Chechnya, with two friends. They were taken away in a Ural lorry to the military commander’s office. This was witnessed by his mother, the applicant, and other relatives and neighbours. One of Khavazhi’s friends was later released and the other’s body was returned to his family by the military. Despite numerous appeals, the family has never been able to find Khavazhi or find out what he was being accused of.

In Yandiyev v Russia, Timur Yandiyev was stopped by six people in camouflage dress in Nazran, Ingushetia, on 16 March 2004. They threw him to the ground and struck him a number of times on the face. He was then picked up and thrown into a vehicle. Witnesses contacted the family, who immediately began making appeals to government agencies. However, his family have never found out Timur’s fate and the domestic investigation is still ‘pending’ in 2013.

In Bersanova v Russia, Adam Bersanov was abducted from his family home by soldiers in Malgobek, Ingushetia, in December 2004. His mother, Kazban Bersanova (right), who was with him at the time, was held at gun point by the soldiers, then lost consciousness and awoke to find him gone. Despite numerous appeals to various bodies, the investigation only confirmed that a convoy of vehicles had indeed passed through several police posts and that the passengers had shown identification confirming that they were from the FSB (Federal Security Bureau).

The Russian government argued that the State’s involvement could not be proved by the abductors’ uniforms or vehicles, and that there was no evidence to prove that the applicants’ relative were dead.

However, based on the numerous witness statements and the factual circumstances, the European Court categorically concluded that State agents had been responsible for each abduction and that when no news is heard about the disappeared person for periods from four to ten years, they can be “presumed dead following unacknowledged detention”. As such, the Court found the following violations of the European Convention on Human rights: the right to life (Article 2); the prohibition of inhuman or degrading treatment (Article 3); the right to liberty (Article 5) and the right to an effective investigation (Article 13). The Court also ordered the Russian government to pay 60,000 EUR in damages to each of the families.