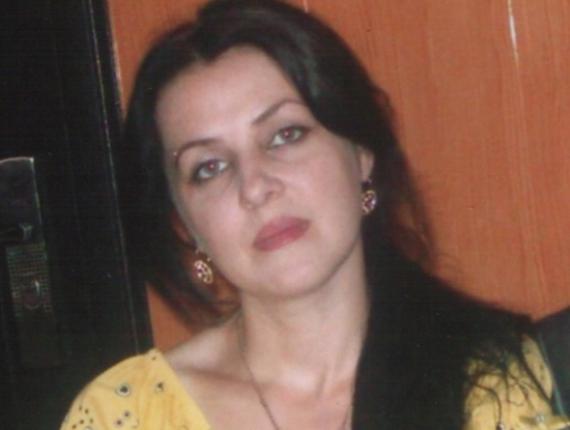 On 6 October 2020 the European Court of Human Rights ruled that Russia was responsible for the disappearance and presumed death of an Ingush woman who was abducted by state agents in North Ossetia in 2010.

Zalina Yelkhoroyeva, who was 30 at the time of her disappearance, was snatched by armed men near a checkpoint in the North Caucasus region of Russia.

The European Court ruled that she must be presumed dead following her unacknowledged detention, most probably by the security services, and that the State was therefore responsible for her death. It also found that the authorities had failed to carry out an effective criminal investigation into her abduction.

“An ordinary Ingush woman who never hurt anyone”

Zalina Yelkhoroyeva’s family believed that she was kidnapped because her brother was a suspect in a criminal case.

Her brother, Timur, was already in police custody in December 2010 when he was transferred to a military hospital in Vladikavkaz, North Ossetia, to be treated for gunshot wounds allegedly sustained during his arrest weeks earlier.

On the morning of 22 December 2010, Zalina made the journey from her home to the hospital, accompanied by her brother’s wife and a lawyer. She had already visited her brother at the hospital several times. To get to Vladikavkaz, they had to pass through a checkpoint between Ingushetia and North Ossetia.

Timur Yelkhoroyev’s hospital room was under around-the-clock police guard. When Zalina arrived at her brother’s bedside, an FSB officer soon entered the room and carried out an identification parade, showing photographs to Timur. Zalina said to her brother in Ingush not to identify anyone as it was not in his interests to do so. She stayed with her sister-in-law in the hospital room for several hours.

The journey back from the hospital was tense. The taxi driver acted nervously and said to the passengers that he thought that the car was being followed. As they neared the checkpoint into Ingushetia, they were pulled over by several vehicles. Armed men burst out of the cars. They ordered the occupants to get out of the taxi and present their ID papers.

The men quickly realised who Zalina was. They bundled her into a car and drove away. When asked who they were, the men answered that they were from the Federal Security Service (FSB) and the Main Military Intelligence Division (GRU).

Zalina Yelkhoroyeva has not been seen since.

Her sister-in-law immediately informed the police of what had happened. She quickly learned from a lawyer that Zalina was probably being detained at a law-enforcement agency in a nearby town.

In the days following Zalina’s disappearance, her father Idris lodged an official complaint with the police. He also contacted the Prosecutor General of Russia, local prosecutors, and the FSB.

Senior investigators eventually later the investigation as ineffective and the decision to suspend it as premature.

Idris Yelkhoroyev consistently complained that investigators left his requests unanswered. He turned instead to local human rights organisations, such as Memorial HRC and NGO Mashr. In a statement published just months after his daughter’s disappearance, he pleaded for help, writing: “She is an ordinary Ingush woman who never hurt anyone.”

The investigation is still ongoing. To date, the whereabouts of Zalina and the identities of her abductors remain unknown.

Idris Yelkhoroyev made a prima facie case that his daughter was abducted by Russian state agents. Since there has been no reliable news of Zalina’s whereabouts since 2010, the Court found that she must be presumed dead following her unacknowledged detention, and that the authorities were therefore responsible for her death, in violation of her right to life (Article 2 of the European Convention on Human Rights).

Serious failings were noted in the authorities’ investigation into the circumstances surrounding the disappearance of Zalina Yelkhoroyeva. It took the police months to open a criminal case. Key allegations, such as Zalina’s alleged transfer to Magas, were not properly investigated. And eyewitnesses were questioned months after the abduction took place. The Court held that the authorities failed to carry out an effective criminal investigation, in violation of the right to life (in its procedural aspect).

Zalina Yelkhoroyeva was detained without legal grounds or acknowledgement, which the Court found to be in breach of her right to liberty (Art. 5).

Her father Idris suffered, and continues to suffer, distress and anguish as a result of his inability to ascertain her fate, and because of the manner in which his complaints were dismissed by the authorities. The Court found this to be in contravention of his right to freedom from torture and inhuman or degrading treatment (Art. 3). He also had no effective domestic remedy for his grievances, in breach of Art. 13.

The Court ordered Russia to pay Idris Yelkhoroyev €80,900 in damages.