Following Russia’s annexation of Crimea in April 2014, and the ensuing armed conflict in the Donbas region, EHRAC has been working in partnership with the Ukrainian Helsinki Human Rights Union (UHHRU) to litigate related cases of human rights violations at the European Court of Human Rights. 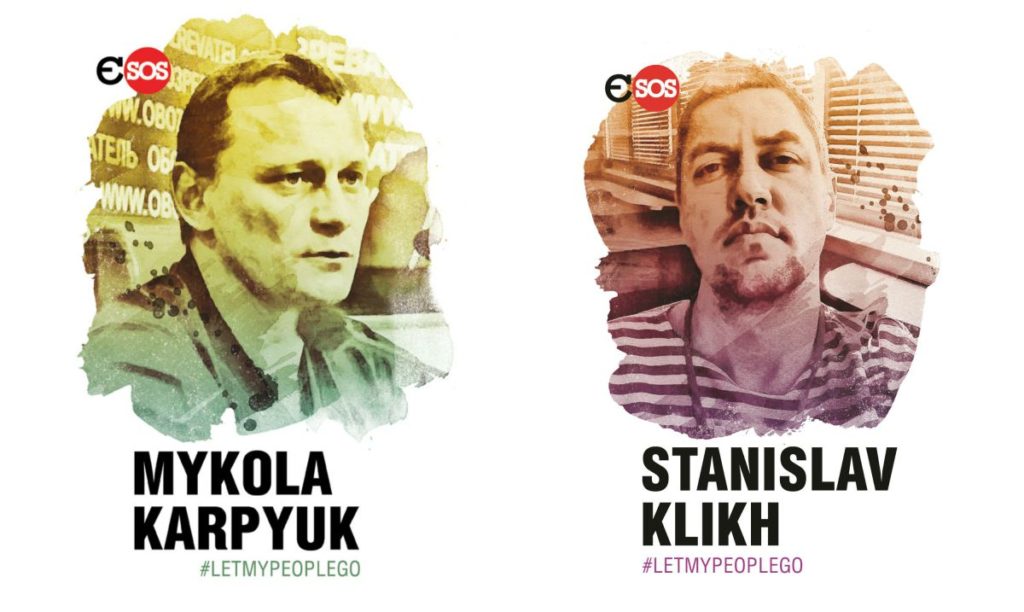 Two of these cases relate to Ukrainian citizens accused of being members of a nationalist group in Ukraine, the Ukrainian National Assembly-Ukrainian National Self-Defence, and taking part in fighting in Chechnya during the 1990s, in support of Chechen separatists. Mykola Karpiuk and Stanislav Klikh were detained by the Russian authorities in Russia (Mr Klikh was detained in Orel while on a trip to Russia) in March and August 2014 respectively, and held in several locations in the Stavropol region of the North Caucasus. They are charged with pre-meditated murder (and attempted pre-meditated murder) of members of the Russian armed forces during the course of combat operations in Chechnya. Mr Karpiuk is also charged with creating and leading an armed group in the course of these operations. They are currently detained in Grozny, Chechnya, where the Supreme Court of the Chechen Republic is hearing the joint case against them.

Mr Klikh and Mr Karpiuk’s trial comes after a number of other high-profile Ukrainians have arrested and detained in Russian on allegedly trumped-up charges, largely labelled as ‘show trials’ by external observers and international media outlets.[1] Nadia Savchenko, a Ukrainian helicopter pilot, was captured in eastern Ukraine and then transferred to Russian territory. She was accused of having been complicit in the deaths of two Russian journalists, and of illegally entering Russia. Another high-profile case is that of Oleg Sentsov, a Ukrainian film maker, who was arrested on terror charges in May 2014. He was accused of attempting to blow up a statue of Lenin in Crimea. He was sentenced to twenty years of hard labour in August 2015.

On 5 October 2015, UHHRU and the Center for Civil Liberties held a joint press conference inviting Mykola’s wife and Stanislav’s mother to speak about their cases. A further joint press conference took place on 7 November 2015.  The two organisations have been working on the cases in Ukraine, gathering evidence and raising awareness about Mr Klikh’s and Mr Karpiuk’s situation. The Center for Civil Liberties has also launched a social media campaign called #LetMyPeopleGo with EuroMaidanSOS. The cases – and the political nature of the trials – have been widely reported in international media.