EHRAC has commissioned digital investigations agency Forensic Architecture (Goldsmiths University, London) in a case concerning the battle of Ilovaisk in August 2014, which we are litigating with the Ukrainian Legal Advisory Group (ULAG, Kyiv). Forensic Architecture will create an innovative and comprehensive evidential tool to support efforts to establish legal responsibility for severe human rights violations in the conflict zone.

“We are looking forward to having Forensic Architecture’s expertise on open source research and machine learning to gather and present evidence in these complex cases, drawing on their inter-disciplinary approach to fact-finding to  substantiate our legal arguments.” 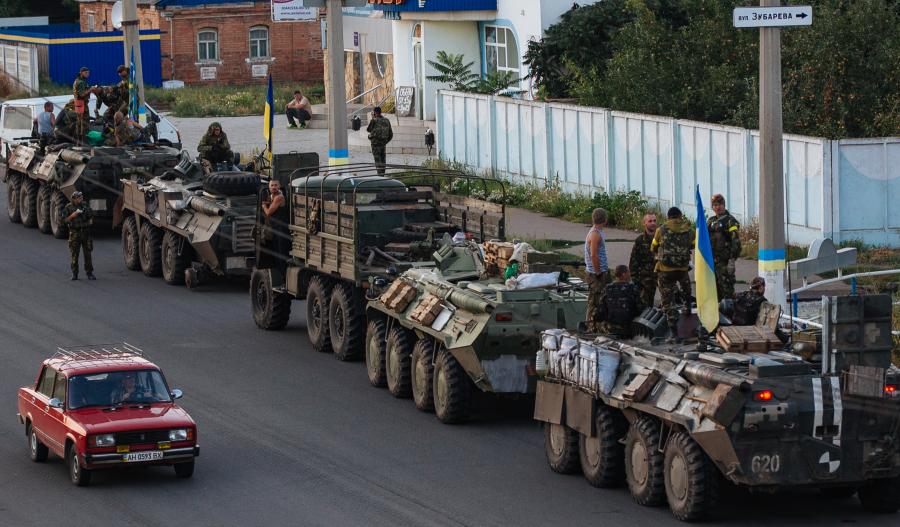 With support from the Sigrid Rausing Trust, EHRAC and ULAG will litigate a complex group of cases relating to the Battle of Ilovaisk and its aftermath in the Donbas region of Ukraine. In August 2014, 29 members of a Ukrainian volunteer battalion were part of an operation aimed at regaining control of Ilovaisk from separatist militants. They were surrounded and taken captive by Russian armed forces, and transferred into the hands of ‘separatists’. They were released several months later, having been verbally and physically abused, stripped of their belongings and having been put to forced labour.

Forensic Architecture specialises in cutting-edge digital investigations and reconstructions of contentious events, drawing on a variety of open-source material. They will analyse the vast amount of data relevant to the case, in order to evidence Russian military presence in eastern Ukraine. This evidence will be used in our case, and will be the first time that EHRAC has relied on such innovative  techniques to substantiate our arguments. You can read about the results of their previous investigations on the Forensic Architecture website.

This case will build on EHRAC’s ongoing litigation on human rights violations in the Donbas region with the Ukrainian Helsinki Human Rights Union. We are also working with the Regional Centre for Human Rights on cases from Crimea.