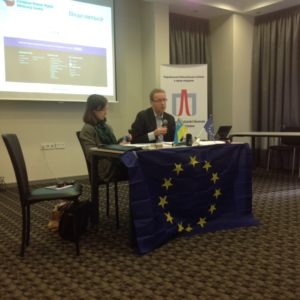 On 31 March and 1 April, members of the EHRAC team travelled to Kyiv in order to conduct a legal training session. The event, hosted jointly by EHRAC and the Ukrainian Helsinki Human Rights Union, was targeted at local lawyers bringing cases of human rights violations arising out of the conflict in eastern Ukraine before the European Court of Human Rights.  The training session was attended by twenty lawyers, working independently and within NGOs, from all over Ukraine. Over the two days, the group covered a variety of topics including:

The training session concluded with a legal clinic, whereby the participating lawyers were encouraged to discuss specific issues arising from their own caseloads.

All participants also received a number of resources in their training packs, including a Russian-language version of the Witness Statement Preparation Guide, the most recent EHRAC bulletin, Ukrainian-language version of the European Convention on Human Rights, and a pamphlet in Ukrainian on the benefits of the Association Agreement, provided by the EC Delegation in Kyiv.

We hope that the training was an opportunity for participants to strengthen their understanding of the practical application of the Convention, and specifically to discuss the legal and procedural challenges in bringing cases arising from the current conflict in Ukraine.

EHRAC and UHHRU collected feedback on the session, which indicated that similar training sessions would be welcomed. All the lawyers envisage using the information gained during the session in their own caseload, with one planning to train up her  own students on how to use the European Court mechanism. She went on to say, ‘[the training] arranged the chaos in my head which arose each time I thought of applying to the ECHR’.

As the training was designed to be as interactive and tailored to the participants’ needs as possible, we provided simultaneous interpretation for Russian- and Ukrainian-speakers. 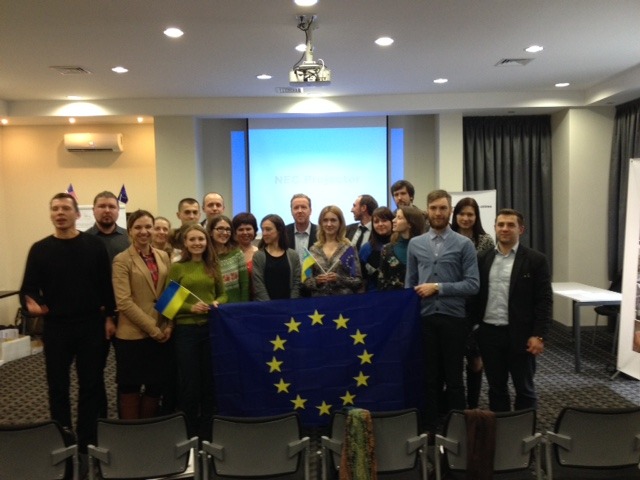