Today, the European Court of Human Rights found that Russian law enforcement authorities were responsible for the 2004 abduction, torture and resultant death of Rasul Tsakoyev, in violation of the European Convention of Human Rights (ECHR). The applicants in this case, Rasul’s parents, were represented by Memorial Human Rights Centre (Moscow) and EHRAC. Abductions, disappearances and presumed deaths of men from Chechnya, Dagestan, Ingushetia and North Ossetia, which EHRAC and Memorial have jointly challenged for 15 years at the European Court, remain a systemic problem in Russia. 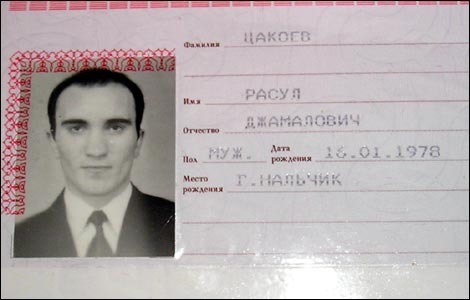 What happened to Rasul Tsakoyev?

Rasul Tsakoyev lived in the village of Khasanya on the outskirts of Nalchik, in the Kabardino-Balkaria Republic. He was unlawfully detained, questioned and beaten on several occasions, and then released without charge, prior to his abduction by State agents.

On 27 September 2004, Rasul was abducted near the Kabardino-Balkaria Prosecutor’s Office by masked police officers wearing camouflage uniforms with insignia. According to his own account, they put a bag over his head, forced him into a car and took him to the Department for Combating Organised Crime (UBOP); he recognised the interior of the building from previous detentions. Rasul was detained for two days. During that time, the officers tortured him, to try to force him to confess to participation in an illegal armed group. They beat him with rubber truncheons, burned cigarettes against his body, put needles under his nails, forced him to drink liquid which made him vomit and tortured him with electric shocks. He was also injected by a doctor with an unknown substance. He was given no food or water.  Throughout this time, his family was unaware of his whereabouts. On 29 September 2004, Rasul was left by the police officers at a local rubbish dump two kilometres away from his village; he walked to the nearest gas station, where he was found by two residents of Khasanya. He was hospitalised the same day and died there from multiple injuries on 4 October 2004.  Before his death, Mr Tsakoyev told his family that he had been abducted and tortured by UBOP officers on the premises of the police unit and subjected to severe beatings ordered by the head of the UBOP. 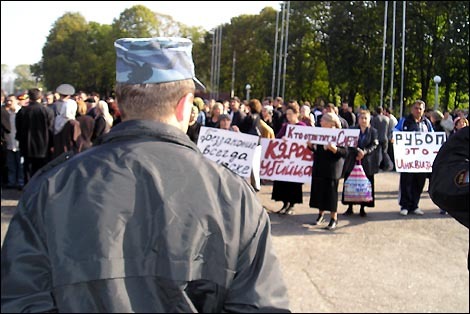 Following complaints by his parents, a criminal investigation was opened. However, it was suspended and resumed on numerous occasions and has failed to identify the perpetrators. According to the Russian authorities, the official investigation is formally still ongoing. Rasul’s death caused public outcry and led to protests within the region.

Rasul’s parents complained before the Court that their son had been abducted, illegally detained and tortured by Russian state agents, which had resulted in his death, which Russia had failed to effectively investigate.

Noting that Russia only disputed that State agents had been involved in Rasul’s abduction and ill-treatment, the Court found it has been proven beyond reasonable doubt that:

“on 27 September 2004 Rasul Tsakoyev was abducted by the police officers as alleged and subjected to ill‑treatment that resulted in his death”.

His death could therefore be attributed to the State, in breach of the right to life (Article 2 ECHR). The Court’s conclusion was based on Rasul’s own account of the incident and the detailed, concordant and corroborative statements of his family and colleagues. By contrast, the statements provided by the police were vague, and the authorities made no efforts to respond to the applicants’ allegations or explore alternative scenarios. It found that Russia had failed to provide a plausible explanation as to what happened to Mr Tsakoyev after his abduction or how he sustained the injuries resulting in his death.

Additionally, the Court found that the Russian authorities had failed to effectively investigate Rasul’s death, in breach of the procedural limb of the right to life.  In particular, it noted that although the authorities were promptly alerted to Rasul’s abduction and ill-treatment, they failed to take basic investigative steps such as examining the crime scene, questioning police officers and ambulance doctors, or swiftly opening a criminal investigation.  The Court concluded that:

“the investigation, having been repeatedly suspended and resumed and plagued by inexplicable delays, has been pending for several years and has produced no tangible results”.

Having established State responsibility for Rasul’s abduction and ill-treatment, the Court found that his treatment over three days, which led to his subsequent death, amounted to torture, in breach of Article 3 ECHR. It held that Rasul’s unlawful and unacknowledged detention constituted a “particularly grave” violation of the right to liberty (Article 5 ECHR). Finally, the Court held that Mr Tsakoyev’s parents did not have an effective legal remedy in Russia for their complaints about their son’s torture and death, in breach of Article 13 ECHR.  Noting that the criminal investigation was ineffective, the Court stated that:

“in the absence of any results from a criminal investigation, any other possible remedy becomes inaccessible in practice”.

In the early 2000s, following the capture of the Chechen capital, Grozny, by Russian forces, the Second Chechen war spilled over to neighbouring regions of Russia, where the rebels increasingly shifted to guerrilla and terrorist tactics. Russian security services and the police used torture and enforced disappearances under the guise of “security operations”. Memorial estimates that 3000 to 5000 people “disappeared” in Russia between 1999 and 2005, giving Russia “the inglorious distinction a world leader in enforced disappearances”. The recent ECtHR judgment shows the human cost of these practices.

Enforced disappearances remain a critical issue in contemporary Russia and have seen a resurgence in recent years. In July 2017, reliable reports emerged that dozens of men were detained in Chechnya between December 2016 and January 2017, and that at least 27 of them were subsequently executed. The practice of enforced disappearances in North Caucasus, especially in Chechnya, is used to persecute and intimidate certain social groups, including  LGBT people, as was widely reported in 2017.  Outside the North Caucasus, torture in Russia remains a pressing issue which, as the UN Committee noted in July 2018, is “practiced widely in the country” and “requires robust criminalisation”.