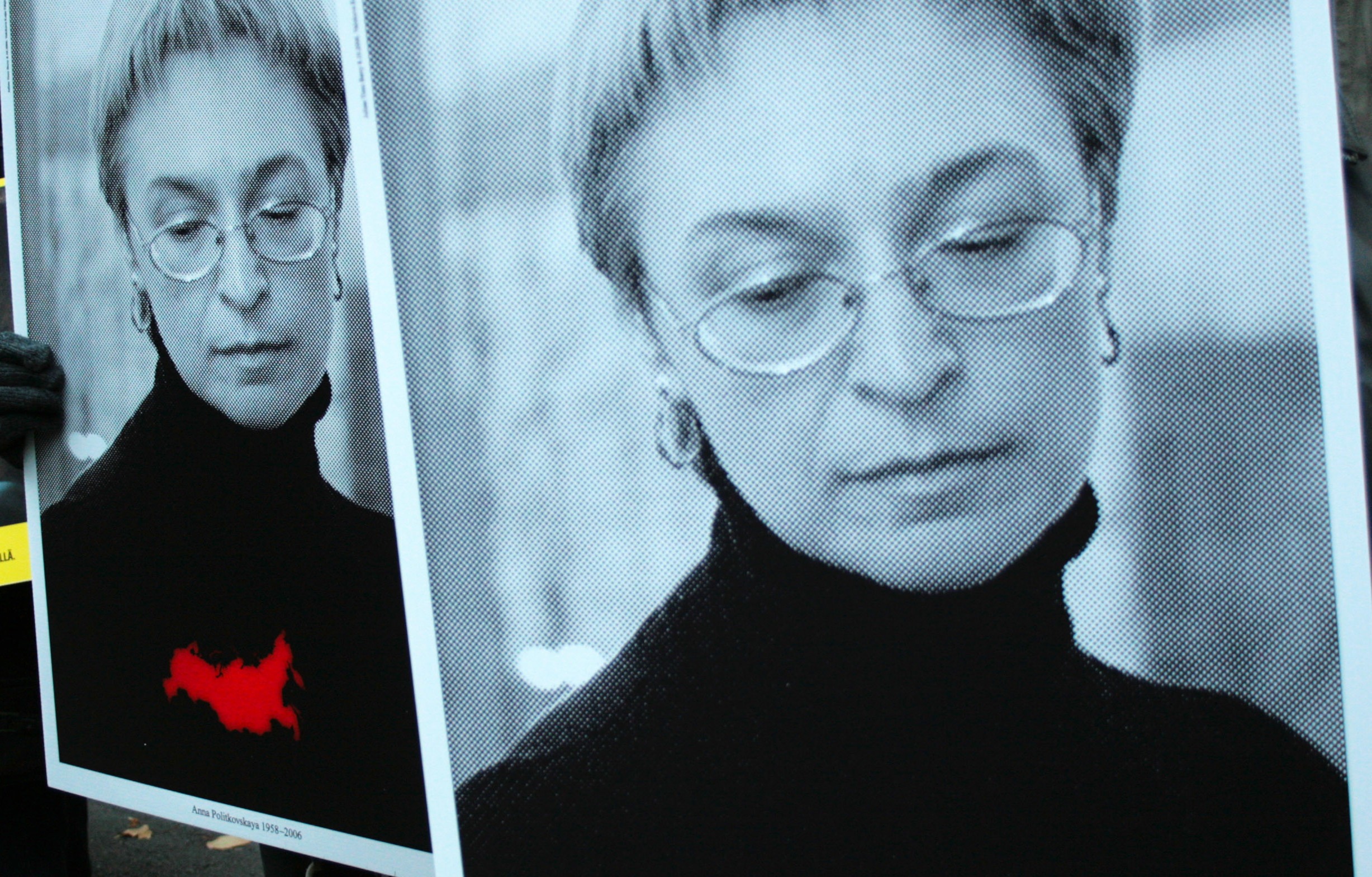 The European Court of Human Rights (ECtHR) today ruled that the Russian authorities unlawfully dispersed a public demonstration intended to commemorate the murdered journalist Anna Politkovskaya in the town of Nazran in 2006. The Court found that the heavy-handed conduct of the authorities had violated the protestors’ right to peaceful assembly. Four of the protestors were also unlawfully arrested and detained on the day of the planned demonstration, in violation of their right to liberty and security.

Novaya Gazeta journalist Anna Politkovskaya was murdered in the elevator of her block of flats on 7 October 2006. She had reported extensively on human rights abuses in Russia’s North Caucasus region. The planned demonstration in the republic of Ingushetia had been called in the week following her death.

EHRAC, together with Memorial HRC, represented the six applicants—Katya Sokiryanskaya, Shamsuddin Tangiyev, Zina Mukusheva, Zoya Muradova, Fatima Yandiyeva, and Albert Khantygov. The applicants were all members of Memorial HRC at the time of the events. 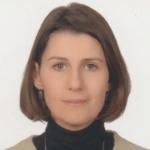 “Fourteen years on from the violent dispersal of the demonstration commemorating the assassination of Anna Politkovskaya, the ECtHR’s ruling grants the protestors recognition of the fact that their right to peaceful assembly was gravely violated. We carried Anna’s portrait and offered flowers for her. We could not have imagined that this peaceful and dignified protest could have been dispersed with such brutality and hatred. I am convinced that such judgements are vital for Russia, and I hope to see the day when these cases will be re-evaluated domestically with investigations carried out and measures taken so that such shameful acts can never happen again.” 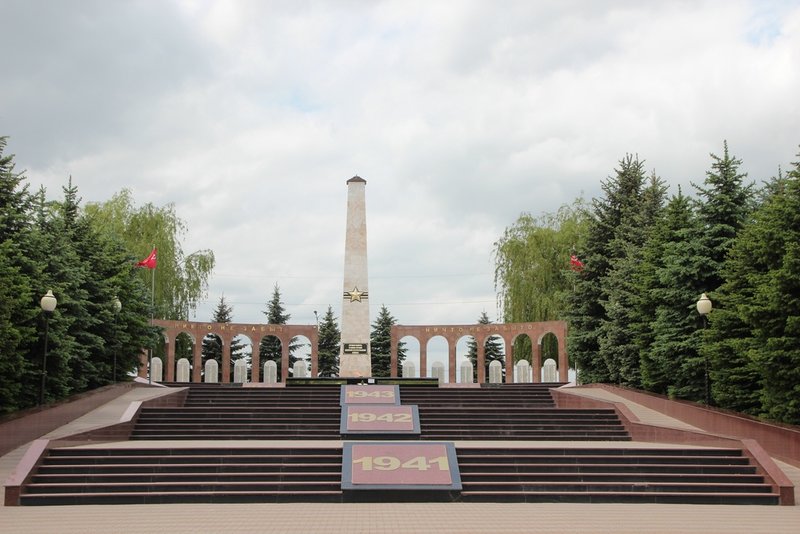 On 16 October 2006, just before 4pm, a crowd assembled at the war memorial on Bazorkina Avenue in Nazran to commemorate Anna Politkovskaya.

The demonstration had been planned by the leader of the human rights association Mashr, which is based in Nazran. On the day before the demonstration, Mashr’s director Magomed Mutsolgov received a letter from the Head of Nazran City Administration banning the proposed demonstration on the grounds that Mashr, being a non-commercial organisation, had no right to organise it. However, Mutsolgov decided to go ahead with the demonstration, believing the authorities’ intervention to be unlawful.

When leaving the site, Shamsuddin Tangiyev was attacked from behind by two men. He suffered a fractured nose, concussion, and brain trauma. Katya Sokiryanskaya was hit in the face by a man dressed in civilian clothes. She started bleeding profusely from the nose and Shamsuddin took her to hospital.

The applicants informed the Court that the police were especially aggressive towards those who carried portraits of Anna Politkovskaya, and that they insulted them and tried to take the portraits away.

Zina Mukusheva, Zoya Muradova, and Fatima Yandiyeva were apprehended on the way to their car. Albert Khantygov was arrested at the site of the demonstration. They were all driven to Nazran police department in an unmarked car. The police did not tell them why they had been arrested. They recalled one of the men responding in a mocking tone: “Consider yourselves to have been kidnapped.”

The group were detained in the police station for more than eight hours. Their request for a lawyer was refused. At midnight, the four of them were hauled before the Justice of the Peace who told them that they had been arrested for an alleged administrative offence because they had refused to obey the police order to leave the site of the demonstration.

Their hearing was initially postponed. On 31 October 2006 the Justice of the Peace discontinued the administrative proceedings against Mukusheva, Muradova, Yandiyeva, and Khantygov.

The applicants took their complaints to the Nazran Prosecutor’s Office two days after the demonstration. Prosecutors ultimately refused to institute a criminal investigation into the actions of the police officers.

The applicants challenged the decision at multiple appeals. They complained about the ban on the peaceful assembly and its dispersal, as well as their arrest and detention for more than three hours. On 5 June 2007 the Supreme Court of Ingushetia dismissed their appeal.

Prosecutors initially refused to institute a criminal investigation into the attack on Shamsuddin Tangiyev, claiming that he had sustained the injuries two weeks prior to the events. This decision was later reversed and, months later, criminal proceedings were instituted against the person involved in the assault. On 24 April 2007 the Nazran Town Court dismissed Shamsuddin’s complaint on the grounds that he had not been beaten by police officers but by a man in civilian clothes.

The man was eventually convicted and fined for the assault on Katya Sokiryanskaya. The judge had examined a video recording which confirmed that the man had punched Katya in the face. A description of the recording further read that the man had been prevented from hitting Shamsuddin a second time because of the intervention of the police officers.

The Court found a violation of the right to freedom of association – Article 11 of the European Convention on Human Rights (ECHR) – in respect of all six applicants. The Russian Government had claimed that they had taken part in an unauthorised picket and had therefore breached national law. But extensive case-law on the subject (Frumkin v Russia was cited, among other cases) enabled the Court to establish that the dispersal of the demonstration and the arrest of four of the applicants were not “necessary in a democratic society.”

Katya Sokiryanskaya had alleged that she had suffered ill-treatment because she was assaulted in the presence of high-ranking officials, and that the authorities had failed to conduct an effective investigation into the events. The Court noted that police officers had interfered and averted the aggressive behaviour of her assailant, and that the investigation had not been ineffective. No violation of Article 3 of the ECHR was therefore found.

The Russian Government claimed that the documents relating to the administrative proceedings against the four applicants arrested and detained had been destroyed. The Court observed that, back in 2006, the Justice of the Peace had found that neither the administrative records nor the statements provided by the police officers contained any proof that the applicants had taken any part in the demonstration. The administrative proceedings were discontinued. The Court therefore found a violation of the right to liberty and security (Article 5 of the ECHR).

The Court ordered Russia to pay the applicants a total of €28,000 in damages.