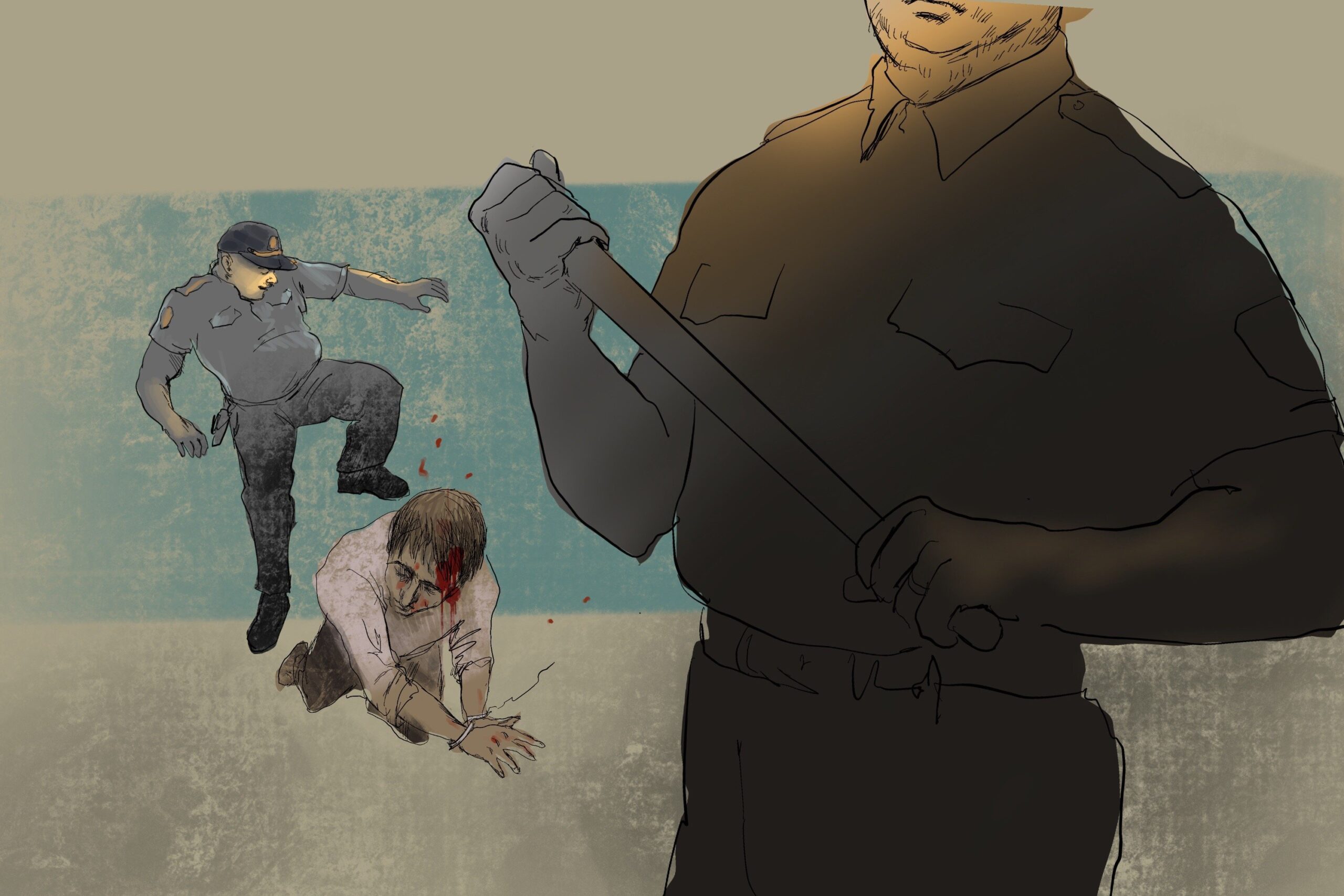 EHRAC, together with an Azerbaijani partner lawyer, has lodged an application at the European Court of Human Rights (“ECtHR”) on behalf of five young men who were arrested at a protest in Azerbaijan’s second city, Ganja, in July 2018. During the protest, a lone attacker murdered two senior police officials. Dozens of people were arrested and later convicted of a range of serious offences. Most of the accused, including the applicants, allege that they were mistreated and tortured in detention, and told to sign incriminatory statements.

“These young men were subjected to very distressing and severe physical and psychological violence by police. Their cases are emblematic of the systemic problem of widespread ill-treatment and torture in custody in Azerbaijan. We took these cases to the ECtHR to challenge the prevailing impunity in the country, as the domestic system has clearly failed to offer justice to the victims.”

All five of the applicants claim that they were tortured and subjected to inhuman or degrading treatment in police custody and pre-trial detention, and that the Azerbaijani authorities failed to carry out an effective investigation into their allegations, in violation of both the substantive and procedural limbs of Article 3 of the European Convention of Human Rights (“ECHR”). The applicants also claim that they had no effective domestic remedies (Art. 13 of the ECHR) to challenge their mistreatment.

What happened to the five men?

The series of events that unfolded in Ganja began when local police arrested a suspect, Russian citizen Yunis Safarov, who they accused of perpetrating a botched assassination attempt on the city’s mayor on 3 July 2018. Azerbaijan’s law enforcement agencies categorised the incident as a terrorist act and linked Safarov to an active Islamist terror cell operating in the country.

A photograph later emerged online showing the suspect lying on his back – on what was purportedly the floor of a police station – bruised, battered and bloodied. Calls for protest rallies against his mistreatment were promptly issued in response – by unknown parties – and spread over social media. 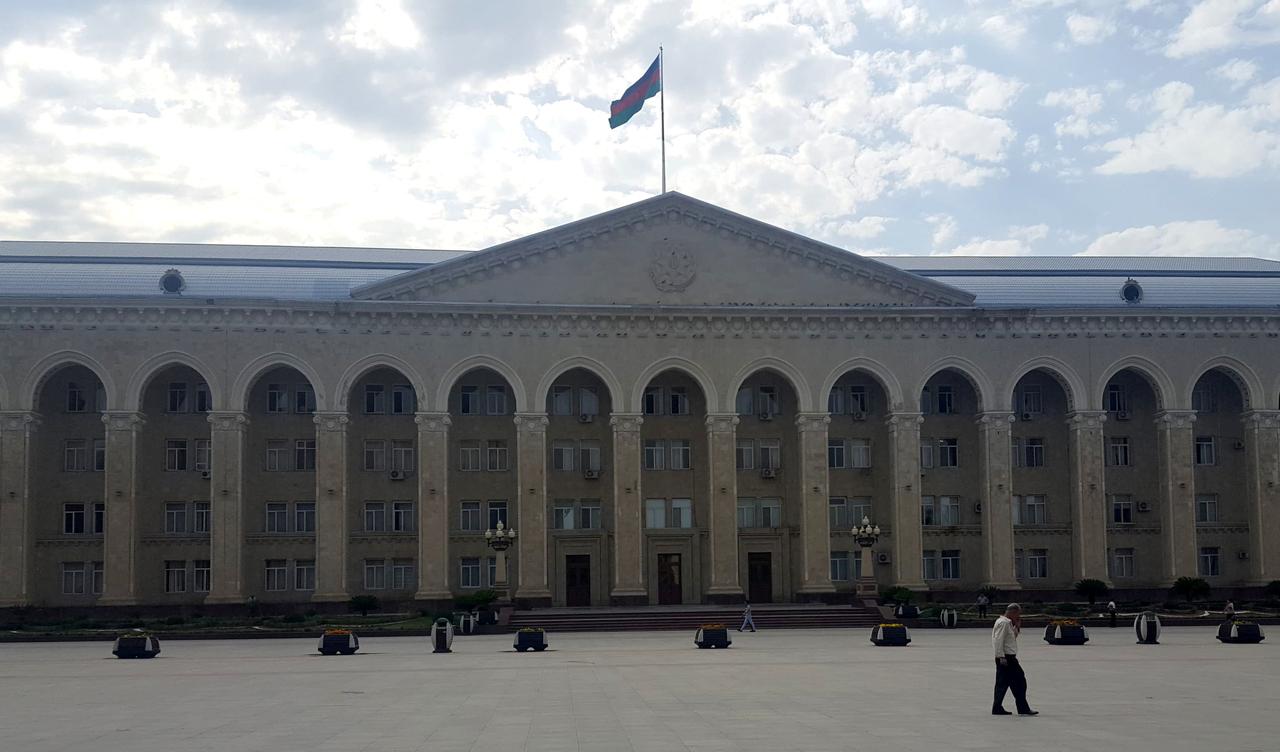 On the evening of 10 July 2018, a crowd gathered in front of the local government building in Ganja to protest Yunis Safarov’s ill-treatment. Protests are rare in the city, and some people, including the applicants, had simply turned up out of curiosity. A lone attacker, armed with a sword, broke away from the crowd and killed two high-ranking police officers, maiming a third. Riot police swiftly moved in and began to conduct violent and arbitrary arrests.

Dozens of people were detained on the spot and in subsequent raids over the following days. At least 77 individuals, including the applicants, were charged with a range of offences including murder, organising and participating in mass disorder and the use of firearms. Azerbaijan’s Attorney General later publicly accused “a full circle of individuals [of] supporting this act of terrorism.”

After they were arrested at the protest, the five applicants were taken to the Nizami District Police Department. The torture they suffered there was both systematic and retributive. In custody, the men were brutally punched, kicked and beaten with batons by police officers for several hours at regular intervals over many days, often while gagged and blindfolded. They were also subjected to other cruel forms of abuse. The men were told to sign incriminating statements and were not allowed to read them.

All of the men were beaten so badly, and for such prolonged periods, that they feared they would die. Two of the men attempted to jump out of a second-floor window in a desperate bid to end their ordeal.

The five men were later sentenced to between five to ten years in prison. Their convictions had relied on self-incriminating statements obtained under torture by police in the first days of their detention. They were only able to formally complain about their ill-treatment ten months after their initial arrest and detention, when their criminal case came to court. The state-appointed lawyers who had attended the detention facilities and court on behalf of some of the applicants had previously failed to file any of their complaints of ill-treatment. Their allegations were eventually forwarded to the Prosecutor General’s Office on 1 April 2019. Investigators visited and questioned the five men in the detention facility.

On 27 May 2019, the Prosecutor General’s Office refused to initiate a criminal investigation into the applicant’s allegations. Investigators relied on the testimonies of the police officers, who denied all of the allegations, as well as a medical report prepared about the men’s health upon their admission to the pre-trial detention facilities, which made no mention of any injuries, and another report of a medical examination conducted almost a year later. None of this evidence was disclosed to the applicants or the judge in court, and the judge failed to either request or challenge it.

The applicants made subsequent appeals in the domestic courts, all which were refused. Key evidence – such as video recordings from surveillance cameras in the police station and detention facilities – was not obtained, and police officers named by the applicants as those who mistreated them were not invited for cross-examination, despite requests from the applicants. The testimonies of other defendants who witnessed the torture and ill-treatment of the men were simply ignored. No explanations were given by the courts for the refusal of the applicant’s requests for additional evidence.

Why is the case important?

The five applicants submit that their rights under both the substantive and procedural limbs of Article 3 of the ECHR have been violated. They claim that law enforcement officers brutally mistreated them for prolonged periods, in police custody and in pre-trial detention, with the aim of extracting confessions and punishing them for the deaths of the police officers, and that the authorities subsequently failed to carry out an effective investigation into their allegations. Multiple failings by the state organs suggest collusion and cover-up among the police, prison service, prosecutor’s office and the domestic courts. The applicants also submit that they had no effective remedies (Art.13) to challenge their mistreatment before the domestic authorities.

Torture and ill-treatment in custody, with impunity, has been commonplace for years in Azerbaijan. The Council of Europe Committee for Prevention of Torture (CPT), which was authorised in 2018 to publish its reports on Azerbaijan from 2004-2017, concluded that “torture and other forms of physical ill-treatment by the police and other law enforcement agencies, corruption in the whole law enforcement system and impunity remain systemic and endemic.” It further concluded that there have been no recent convictions of law enforcement officials for torture and other forms of ill-treatment, which renders the situation in the country “exceptional in the entire Council of Europe.”

The so-called ‘Ganja case’ has similarities to the events that unfolded in the town of Nardaran in November 2015, when dozens of members of the non-violent Muslim Unity Movement (MUM) were arrested in a security operation, and later convicted of various serious offences, such as murder and terrorism, and sentenced to up to 20 years in prison. Many of the defendants claimed to have been tortured and told to sign self-incriminating statements. EHRAC, with Azerbaijani partner lawyers Yalchin Imanov and Fariz Namazov, submitted an application to the ECtHR on behalf of MUM and 17 of those who were arrested, in September 2018. The case is currently pending communication to the Azerbaijani Government.

EHRAC is also litigating a case on behalf of Yalchin Imanov, who was indefinitely disbarred for allegedly damaging “the honour, dignity and business reputation” of the Azerbaijani Prison Service by speaking to the media about allegations of torture voiced by his client, a political prisoner in the Nardaran case, in the high security Gobustan prison. As a result, he can no longer take on human rights cases challenging the unlawful actions of the authorities.

Recent legislative changes have affected the ability of independent-minded lawyers to represent those who voice allegations of torture in detention. Elchin Sadigov, who was the defence counsel for Yunus Safarov, was reprimanded by the state-controlled Azerbaijani Bar Association (ABA) for communicating complaints of torture by his client. At least 21 independent human rights lawyers have been disbarred, suspended, criminally prosecuted or otherwise punished in Azerbaijan.

In 2016, the ECtHR ruled that the Azerbaijani authorities’ failure to provide adequate medical treatment to the prominent human rights defenders, Leyla and Arif Yunus, during their pre-trial detention, constituted inhuman and degrading treatment, in violation of Article 3. EHRAC, with partner lawyers in Azerbaijani and from the Helsinki Foundation for Human Rights, represented the pair. EHRAC has also taken a case to the ECtHR on behalf of Alayif Hasanov, a human rights lawyer who publicised Leyla Yunus’ allegations of physical and psychological harassment against her cellmate, and the authorities’ failure to protect her. Hasanov was later convicted on charges of libel and was permanently disbarred in July 2016 as a result of the conviction. He is now no longer able to represent Yunus, or practice as a lawyer before domestic courts in Azerbaijan.