The impact of strategic litigation: compensation for victims of Soviet-era repression in Georgia

The landmark 2010 case of Klaus and Yuri Kiladze v Georgia paved the way for many thousands of Georgian victims of Soviet repression to seek compensation. On 27 April 2017, the European Court of Human Rights further considered this issue, finding that legislative amendments made after the follow-on case of Burdiashvili and Others v Georgia was lodged had sufficiently addressed the human rights violations identified in Kiladze. The Georgian Government’s amendment of the law is a clear example of the impact of strategic litigation, even before a judgment is handed down by the European Court.

The applicants in both cases were represented by the European Human Rights Advocacy Centre (EHRAC), based at Middlesex University and the Georgian Young Lawyers’ Association (GYLA), Tbilisi.

“After the fall of the Soviet Union, Georgia did not go through transitional justice processes. There was no remedy and reparations for victims of gross human rights violations that happened during the Soviet era. These cases at the European Court are significant, as they pushed the Government to recognize the injustice the victims suffered and provide some form of redress.” 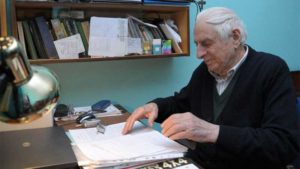 The Kiladze family (parents and two brothers) suffered severe political repression at the hands of the Soviet authorities in the 1930s. Klaus and Yuri Kiladze’s father was shot in 1937 for acts of sabotage and terror; their mother was sent to a GULAG (corrective labour camp) in 1938 for alleged crimes against the Soviet regime. Their parents’ flat in Tbilisi and all their belongings were confiscated. The brothers, who were aged 10 and 12 at the time, spent two years in an orphanage in Russia in cramped and unsanitary conditions, before returning to Georgia where they were brought up by their grandmother.

Under Georgian legislation,[1] Georgian victims of Soviet-era political repression and their first-generation heirs were able to claim compensation: in 2005 the Kiladze brothers applied for approximately €208,000 each for damages. However, the Georgian courts dismissed their claim since there was no legal mechanism to determine the amount of compensation owed to them. In 2006 EHRAC and GYLA applied to the European Court on behalf of the family. In February 2010, the Court held that Georgia had failed to undertake the necessary steps to ensure that the applicants received the compensation to which they were legally entitled. Initially, the Court left Georgia to undertake the necessary measures to implement the decision, but when this did not happen within 6 months, the Government was required to pay Klaus and Yuri Kiladze €4,000 each in damages.

On 18 May 2011, following the Court’s decision in Kiladze, Georgia amended its domestic legislation to enable other victims of Soviet repression to apply for compensation. However, the actual amounts awarded were very low,[2] and the mechanism was not widely accessible, particularly in western Georgia. EHRAC and GYLA therefore took a further case to the European Court in 2012, Burdiashvili and Others v Georgia, requesting that the Georgian Government provide fair and adequate compensation to all applicants seeking compensation for historic political repression.

On 31 October 2014, Georgian law was amended a second time to determine the range of compensation payable, enable claims to be lodged by representative broader range of individuals, and at a number of District Courts.[3] These reforms were enacted in January 2015. As a result, thousands of Georgians who (or whose parents) suffered gross human rights abuse during the Soviet era, have been able to receive more adequate recourse to justice.