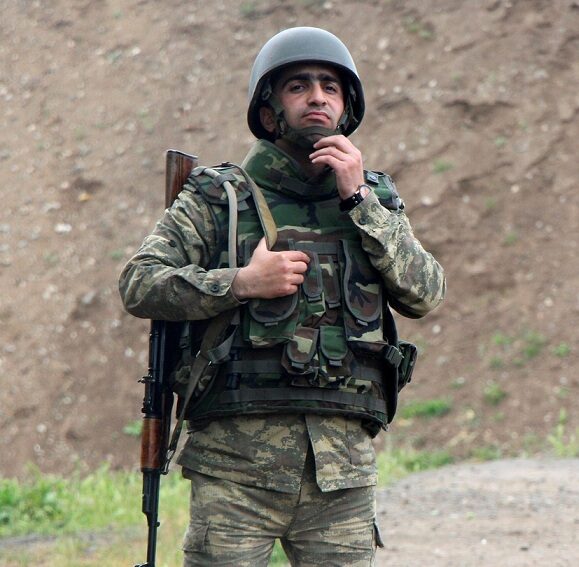 On 10 November 2015, the European Court of Human Rights communicated the case of Mamikon Khojoyan, a 77-year-old Armenian citizen who inadvertently crossed the border into Azerbaijan in 2014.  He was allegedly held by Azerbaijani authorities for over a month, and subjected to torture and ill-treatment by a group of unknown persons on the basis of national and religious hatred. He died two months after he was handed over to Armenian authorities and returned home. The applicants in this case, Mr Khojoyan’s three children, are represented by the European Human Rights Advocacy Centre, based at Middlesex University, and the Foundation Against the Violation of Law, Yerevan.

Mr Khojoyan lived in the village of Verin Karmir Aghbyur in Armenia, close to the border with Azerbaijan. On the morning of 28 January 2014, he told his family that he was going to collect grapes in the field. The state border in the region is not marked. Later that day, video footage appeared of him surrounded by a group of people, including someone in Azerbaijani military uniform. He appeared unharmed. Two days later, the Azerbaijani News Service conducted an interview with him, in which his arm appeared broken. It was reported that he was in detention, having been apprehended for being part of an Armenian sabotage group. A news report broadcast on the following day showed that he had difficulties standing up and that his left eye had been injured.

Over a month later, on 4 March 2014, Mr Khojoyan was handed back to the Armenian authorities at the border, as a result of mediation by the International Committee of the Red Cross. When his children visited him in the Armenian hospital, he was incoherent and extremely frightened. He told them he had been taken to Baku, where he had been beaten, forced to sleep on a concrete floor, had salt poured into his wounds, received injections and had his head burned with incandescent metal. A forensic examination showed traces of petroleum and psychotropic (perception-altering) drugs in his blood and urine. Mr Khojoyan died in his home on 20 May 2014, six weeks after he was discharged from the hospital.

The applicants complain that their father was subjected to physical violence and was injected with drugs during his detention, which constituted torture and degrading treatment, and posed a danger to his life, serious breaches of Articles 2 and 3 of the European Convention on Human Rights (ECHR). They argue that this treatment eventually led to his death. They also claim a violation of the procedural aspects of both Articles as there was no investigation by Azerbaijan into the circumstances of Mr Khojoyan’s detention and treatment. With regards to their own mental suffering, they claim that seeing their father’s injuries on television and the internet both during his detention and after his release constitutes an additional violation of Article 3.

Moreover, Mr Khojoyan’s children argue that their elderly father was unlawfully deprived of liberty during his five week detention, and was not informed of the reasons why he had been detained; nor was he brought before a judge. With regards to this and the above violations, they maintain that they did not have an effective remedy (Article 13 ECHR). Finally, they claim that their rights, and the rights of their father, were violated by the Azerbaijani authorities because of his ethnic Armenian origin, a violation of the prohibition of discrimination (Article 14 ECHR).

The Azerbaijani Government are due to respond to the allegations and the Court’s questions by 8 March 2016.