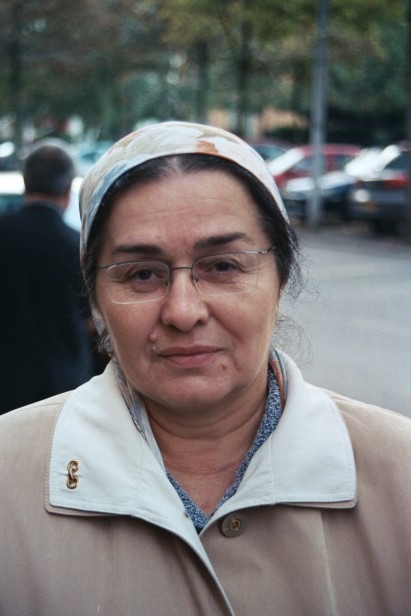 As someone who has successfully applied to the European Court of Human Rights, the year 2000 for me marked the beginning of a period of hope for justice and the chance of Government protection from human rights violations. Residents of the Chechen Republic and local leaders, who had tried to seek international protection during the First Chechen War (1994-96), had been unable to secure formal means of internationally protecting their rights. Thousands of crimes had not been accorded adequate legal assessment, and perpetrators went unpunished. This legal dead-end drove the people of Chechnya to desperation; we lost faith in the justice system and the world’s humanity.

I remember how difficult it was to convince people who had suffered severely as a result of war crimes committed in Chechnya that applying to the Strasbourg Court could lead to something meaningful. Those affected by the events, suffering because of the war, witnessed daily how war crimes against the people were going unpunished; worse still, the Government was able to commit such violations against specific individuals, protected by the justification of combatting terrorism.

The year 2000 was a turning point in overcoming our disillusionment and our fear that applying for international protection could lead to even harsher persecution and punishment by the State. Of course, it is for this reason that only those most convinced that we would have to fight for justice embarked on this journey. On the other hand, ordinary people – dispirited by the war, living against a background of habitual legal nihilism – were unable to believe that this could be a chance for an objective remedy, delivered by a fair court.

The period from 2000 to 2006 was one of nascent but mounting hope. It was a time when only a few Chechen complaints were submitted to the Court, underwent examination and resulted in positive judgments. When the first cases by the Strasbourg Court were decided in favour of those who had suffered as a result of unlawful military operations in Chechnya, there was a dramatic shift in the mentality of hundreds and thousands of victims, who had, until that point, lost faith in justice.

There was subsequently a sharp increase in the number of applications submitted to the Strasbourg Court. The positive precedent in the Court’s first decisions stimulated a growth in people’s legal understanding and demand amongst the community and the State. This was a significant long-term result.

In a changing world, in which new conflicts and hotspots are emerging, it is important to preserve this institution, the European Court of Human Rights. It is the only structure which protects individuals from legal injustices committed by the Russian State, which often uses its powerful security resources against its own people, asserting the priority of State interests ahead of the interests of the individual.

The European Court of Human Rights, along with the Committee of Ministers, will soon become the only mechanism capable of seeking to persuade States, which have themselves signed Conventions and resolutions stating that human rights are of the highest value for contemporary humanity, to implement these decisions. This is a way of translating the legal standards advancing democratic values from the legal abstract into practical reality for societies and their governments. The future of humanity relies on human rights.

EHRAC was founded in 2003 to take cases of human rights violations originating from the Chechen conflict, including indiscriminate bombings, enforced disappearances and extra-judicial killings. Six of these cases, including Libkan Bazayeva’s, were decided on 24 February 2005, the very first from Chechnya to be decided by an international body. Libkan’s car was hit by a bomb on 29 October 1999 as she and her family were trying to leave a suburb of Grozny to escape fighting between Chechen separatists and Russian State forces. Libkan applied to the Court, along with Medka Isayeva and Zina Yusupova (also victims of the bombing) in April 2000. The Court found that Russia had failed in its duty to protect her right to life, in violation of Article 2 of the European Convention on Human Rights; according to the Court, the State had also failed to conduct an effective, objective and thorough investigation, therefore Libkan did not have access to an effective remedy, in violation of Article 13 in conjunction with the procedural limb of Article 2. Finally, given that Libkan’s family’s vehicles and household items had been destroyed as a result of the aerial attack, the Court found grave and unjustified interferences with her peaceful enjoyment of her possessions in violation of Article 1 of Protocol 1.

This article appeared in the 25th issue of the EHRAC Legal Bulletin.