Ukraine, Russia and Crimea in the European Court of Human Rights 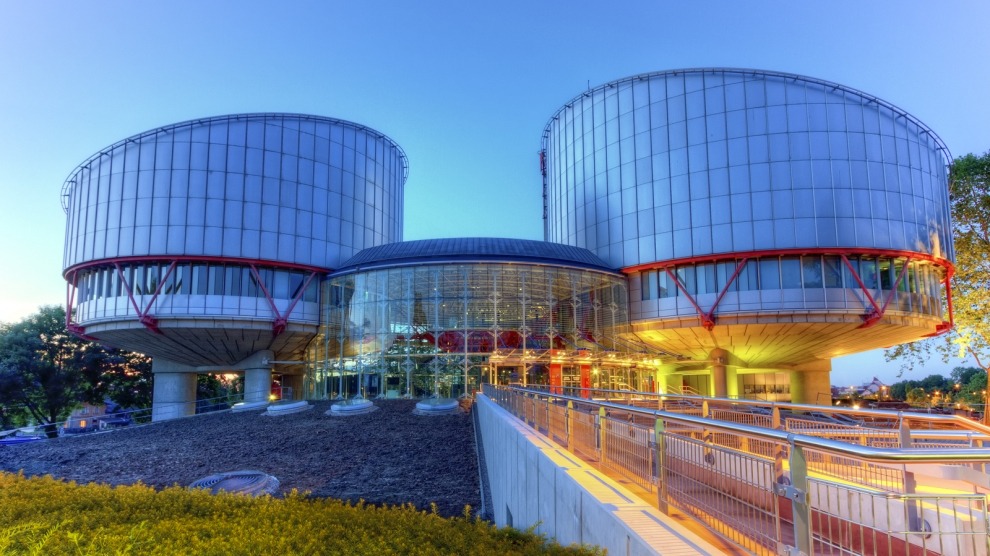 Much has been written recently about the legal ramifications of events in Ukraine, but there was a new development last week when the European Court of Human Rights granted interim measures in an inter-state case brought by Ukraine against Russia. The case was lodged on 13 March, and on the same day the Strasbourg Court issued an interim measure (under rule 39) indicating that the Russian government should ‘refrain from measures which might threaten the life and health of the civilian population on the territory of Ukraine’.

The decision was taken by the President of the Third Section of the Court, the Andorran judge, Josep Casadevall. Judge Casadevall went further in calling on both Ukraine and Russia to refrain from taking any measures, ‘in particular military actions’, which might breach the rights of civilians under the European Convention on Human Rights, including putting their life and health at risk, and calling on the states to comply with Articles 2 and 3 of the Convention. Both states are obliged to inform the Court as soon as possible of the measures they have taken in response.

In spite of the Convention preamble’s exhortation to state parties to ensure its collective enforcement, the inter-state case procedure in Strasbourg remains a rarity. It may come as little surprise that Russia has been the respondent in the three most recent such cases, each of which has been brought by Georgia. Georgia v Russia (I) relates to the arrest and detention of the Georgian immigrant population in Russia in September 2006, following the arrest in Tbilisi of four Russian service personnel on espionage charges. More pertinently to the current events in Ukraine, Georgia v Russia (II) concerns the August 2008 conflict in South Ossetia and Abkhazia, in which Russia claims to have been defending the civilian population (Russian citizens who had been granted passports) in both regions against Georgian attacks (there are also at least 2,000 individual applications pending against one or other (or both) states). A third case brought by Georgia, relating to the detention of four Georgian minors in South Ossetia, was withdrawn after they were released in December 2009, following missions to the region by the Commissioner for Human Rights.

The interim measures indication made in the Ukrainian case mirrors a similar decision in Georgia v Russia (II) which was issued in August 2008 and was extended by the Court several times, and was still in force when the Court held a hearing in September 2011. However, the Court declined to accede to a Georgian request for a more specific measure ‘to allow the Georgian emergency forces to carry out all the necessary measures in order to provide assistance to the remaining injured civilian population and soldiers via humanitarian corridor’.

What is the likely effect of the Strasbourg Court’s application of interim measures against Russia and Ukraine? Since the grand chamber judgment in 2005 in Mamatkulov and Askarov v Turkey, it has been clear that states are legally obliged to comply with such a direction, and this is now stipulated in the Court’s practice direction. Nevertheless, there has been a perceptible increase in the rate of states’ non-compliance with rule 39 in recent years. France (Aoulmi), Slovakia (Labsi), Albania (Rrapo), Moldova (Paladi) and the UK (Al-Saadoon and Mufdhi) have all been called to account on this point. Repeated expulsions by the Italian authorities in breach of Rule 39 even led to a statement by the Secretary-General of the Council of Europe in 2010. Russia (Aleksanyan, Abdulkhakov) and Georgia (Shamayev) have both also been found wanting. This situation is disquieting, and tends to receive less attention than states’ non-compliance with judgments. As Eva Rieter has shown, it is certainly not an exclusively European problem.

There are clear differences between the interim measures indicated in the inter-state cases and these individual applications in terms of their breadth and specificity. The use of rule 39 in the individual cases is often aimed at preventing expulsion or deportation, or, less commonly, seeks to ensure that detainees who are seriously ill are urgently provided with the requisite medical treatment (as was the case in Aleksanyan v Russia). It is accordingly relatively simple for the Court to assess whether such measures have been complied with, but that may be a rather harder task in the Ukrainian inter-state case.

The speed with which the European Court has responded to the Ukrainian rule 39 request is not unusual. However, there are signs elsewhere that the Court is responding with unprecedented expedition to events in Ukraine. Two new individual applications submitted to the Strasbourg Court in February, concerning the protests in Kiev (Sirenko and Derevyanko) were communicated within a matter of days to the government, which was then required to file its observations in reply within a matter of a few weeks. It is to be hoped that this represents the start of a more flexible and creative application of the Court’s case priority policy, the aim of which is ‘to ensure that the most serious cases and the cases which disclose the existence of widespread problems capable of generating large numbers of additional cases are dealt with more rapidly’.

Is it possible to predict what the Court’s attitude might be as to the merits of the Ukrainian inter-state case, for example, as regards the alleged presence and activities of Russian troops in the Crimea? The issues of jurisdiction and responsibility will be central. Under the European Convention, jurisdiction is presumed to be exercised normally throughout a state’s territory. On that basis, for example, Georgia was held responsible for the unlawful detention of the former mayor of Batumi in the ‘Ajarian Autonomous Republic’ in Assanidze. However, the presumption of jurisdiction may be limited in exceptional circumstances, notably where a state is actually prevented from exercising its authority in part of its territory. This was found to be the case in Ilaşcu v Moldova and Russia. There, the applicants complained that they were unlawfully detained by the Transdniestrian authorities – a separatist entity in de facto control of part of the Moldovan territory. The European Court found that the Russia Federation could be held responsible under the Convention because of the military, economic, financial and political support which it had provided to the regime. This meant that the regime was under the effective authority of, or at the very least under the decisive influence of, Russia.

However, the Strasbourg jurisprudence establishes that the state in whose territory a separatist regime has been established may also be liable under the Convention, which imposes on such a state positive obligations to take appropriate steps to ensure that the rights under the Convention are respected within its territory. Thus, even where the exercise of the state’s authority is limited in part of its territory, it still has a duty to take all the legal and diplomatic measures which it is within its power to take. As a consequence, in the Ilaşcu case, the Court found that Moldova was also responsible under the Convention, because the Moldovan authorities had themselves failed to take sufficient steps to ensure that the applicants were released. This principle has also been raised in the case of Sargsyan v Azerbaijan, concerning the applicants’ displacement from their village during the Nagorno-Karabakh conflict, which is currently pending before the grand chamber (the author is one of the applicants’ legal representatives in this case). Azerbaijan denies that it has effective control over the area in question (which is de jure within its territory) and the applicants argue that, even if that were the case, there are still positive obligations on the state to ensure that the Convention rights are upheld within its territory.

In adjudicating on the Ukrainian inter-state case, many other significant issues are likely to arise, such as the question of whether Russia is occupying Ukrainian territory, and more generally the inter-play between international human rights law and international humanitarian law, a subject on which the forthcoming grand chamber judgment in Hassan v UK is one to look out for.

Do the recent inter-state cases signify that Council of Europe states are becoming more alive to their collective responsibilities under the Convention? Arguably not, as these recent cases fall into the usual pattern of inter-state cases only being instigated where the applicant state represents, or is closely connected with, the victims. There is no sign yet of any appetite to take up a broader policing role, epitomised by the Greek case, in which Denmark, Norway, Sweden and the Netherlands brought proceedings following the military coup d’état in 1967, which had led to mass internment, torture and trials before extraordinary courts martial. It was in the Second Greek case, in 1970, that the European Commission of Human Rights successfully invoked interim measures in order to prevent the executions of 34 criminal suspects. In the light of credible NGO reports of abductions of journalists and activists in Crimea, and the threat of violence against non-ethnic Russians, is this not a moment when European states should come together to invoke the inter-state process in Strasbourg?

In his recent speech, delivered in Dresden, Menschenrechte In Europa –Beiwerk Oder Basis?, Judge Dean Spielmann, the President of the European Court, emphasised the important role for the Convention in laying down legal standards applicable in times of conflict, citing as examples individual applications concerning the UK as an occupying power in southern Iraq in 2003 (Al-Skeini), the abduction of young Chechen men by the Russian security forces (Takhayeva) and the Sirenko case. In this context there was no mention, however, of the inter-state process – in spite of recent challenges to the principle of individual justice in Strasbourg, it seems that there is still some life yet in the individual right of application in Strasbourg.

This article was written by Professor Leach of EHRAC and published by the European Journal of International Law.

The annexation of Crimea: Continuing interference with rights guaranteed under the European Convention on Human Rights
Crimea Russia Ukraine Blog
By Sergiy Zayets, Legal Expert, Regional Centre for Human Rights (Kyiv) and Gaiane Nuridzhanian,…
Damages for pain and suffering before the European Court of Human Rights
Azerbaijan Russia Strasbourg Ukraine Blog
By Dr. Veronika Fikfak When individuals are tortured or when their human rights are…
Legislating against foreign funding of human rights: A tool of repression in the former Soviet Union
Azerbaijan Former Soviet Union Russia Ukraine Blog
This article by EHRAC Lawyer Kate Levine originally appeared in Sharing worst practice: How…
Join our newsletter
SIGN UP