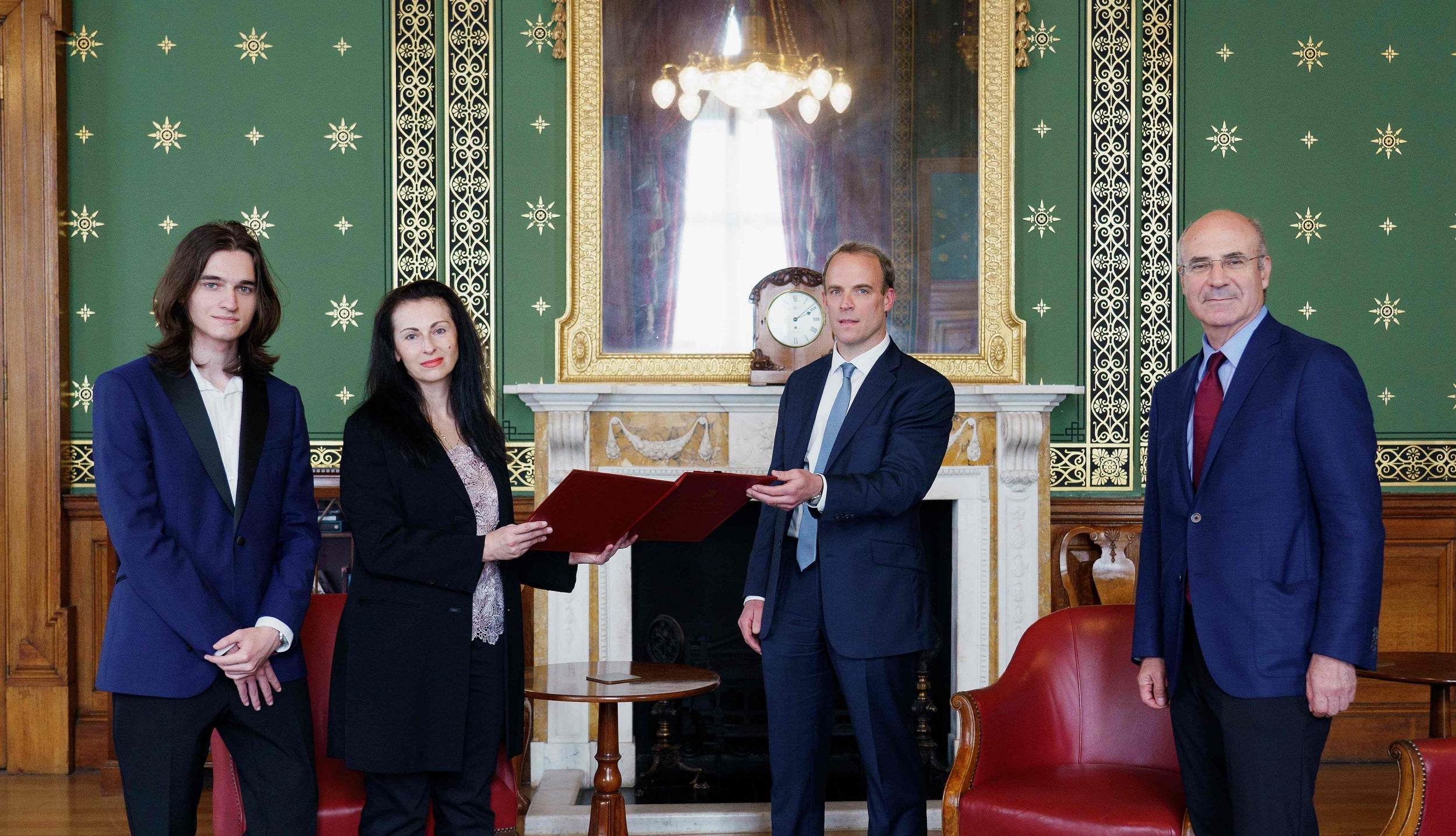 By Toby Collis, who recently joined EHRAC as a Lawyer.

During his life, Sergei Magnitsky, after whom the Magnitsky laws around the world have been named, had little to do with global human rights. However, as a result of his death, and through those who have worked to ensure his abusers are held to account, his name has become associated with a movement that does not focus on states (the typical target of human rights litigation), but on those individuals and organisations that violate human rights. This article describes one of the latest developments in this approach: the UK’s new Magnitsky laws.

Sergei Magnitsky was a Ukrainian-born, Moscow-based tax lawyer and auditor who, through his work, uncovered thefts against his client, Hermitage Capital, and a US$230 million tax fraud against the Russian state. A month after reporting his allegations to the authorities, Magnitsky was arrested on spurious charges. On 16 November 2009, having suffered squalid prison conditions, mistreatment which included beatings, and the denial of essential medical treatment, Magnitsky died in pre-trial detention. Subsequent to his death, the CEO of Hermitage Capital, the US-born, UK national Bill Browder, launched a global campaign to fight for justice over his lawyer’s death.

Browder’s first significant success was in 2012, when the US Government adopted the Sergei Magnitsky Rule of Law Accountability Act, which empowered the authorities to place visa bans and asset freezes on designated individuals responsible for the detention, abuse, or death of Sergei Magnitsky, the frauds that he uncovered, as well as gross violations of human rights committed against those exposing corruption or defending human rights and freedoms in Russia.

In 2016, this regime was expanded globally (through the adoption of the Global Magnitsky Human Rights Accountability Act), and in 2017 was further broadened by Executive Order to apply to any person who has committed, or facilitated, assisted or provided support for, “serious human rights abuses”. Similar regimes have been put in place in Canada, Lithuania, and Estonia. There is positive progress in Australia and the EU for their own ‘Magnitsky’ regimes.

The UK has slowly adopted the US’s position that it should not welcome, or deal in the assets of, individual human rights abusers. Laws were introduced in 2017 to freeze and recover the assets of violators (via the Criminal Finances Act, which amended the Proceeds of Crime Act 2002).

These laws complement the new Unexplained Wealth Order (UWO) regime, which allows UK agencies to apply to the High Court to force individuals to explain how they acquired UK property if there are reasonable grounds to suspect that the individual who owns them does not have a legitimate income large enough to have obtained it. If the person(s) cannot adequately explain how they acquired the property, it can be recovered under the Proceeds of Crime Act. The first successful UWO concerned property owned by Zamira Hajiyeva, the wife of a state banker jailed for fraud in Azerbaijan, who infamously spent £16 million in London’s luxury department store Harrods.

Until recently, much of the UK’s existing sanctions regime (both EU and UN sanctions) was implemented through EU law. The EU had introduced restrictive measures in response to the crisis in Ukraine, including against individuals and groups (Russian officials, companies, banks, and separatist leaders and groups) responsible for undermining or threatening the country’s territorial integrity, sovereignty and independence. Sanctions were also introduced for those responsible (i.e. ex-President Viktor Yanukovych and his closest associates) for the misappropriation of Ukrainian state funds during the crisis. These sanctions will apply until the end of the transition period: 31 December 2020.

As a result of the UK leaving the EU, the UK was required to implement an autonomous sanctioning regime. To meet the sanctioning gap after the end of the transition period, the government enacted the Sanctions and Anti-Money Laundering Act 2018. This empowered the government to sanction individuals via regulations.

A number of new regulations have been laid to fill the accountability gap of leaving the EU’s sanctions regime, including regulations with respect to the Russian destabilisation of Ukraine. This means that those subject to the current EU sanctions are likely to be carried over to the UK’s autonomous regime.

But these regulations do not come into effect, and the list of those subject to them will not be announced, until 1 January 2021. There have not been regulations laid on those responsible for the misappropriation of Ukrainian state funds, but those EU sanctions not addressed by regulation will nevertheless remain in force as retained EU law under the eventual Withdrawal Act. Whilst it is likely that the UK regime will mirror the EU’s, there will be potential scope to include individuals not otherwise designated under the EU regime.

Much of the UK’s autonomous sanction regime is not yet in force. The regulation that is now in force is its home-grown “Magnitsky Law”. Leading on a promise in its 2019 election manifesto, on 6 July 2020 UK Foreign Secretary Dominic Raab announced the passage of the Global Human Rights Sanctions Regulations 2020. These regulations empower the Foreign Secretary to subject designated persons to asset and immigration bans if there are reasonable grounds to suspect that they are an “involved person” in relation to serious human rights abuses. The regulations have initially included abuses under the following three rights:

By definition, rights violations are committed by states and not individuals. The regulations recognise this, and are concerned with activities that, if they were carried out by or on behalf of a state, would amount to rights violations. The Government intends to add corruption to the list of violations, as well as other rights, in the future.

The breadth of persons that the regulations can sanction include both real and artificial persons, including government agencies and other State actors. It extends to all “involved persons” in human rights abuses, which not only includes those engaging in or responsible for the activities, but those that, inter alia, facilitate, conceal, provide funds for, profit from, or fail to investigate or prosecute the activities. The legislation is global in its reach, applying to any person who undertakes activities outside of the UK (and activities within the UK by non-citizens and non-UK incorporated entities).

Importantly, just because one can produce proof that an individual has engaged in human rights violations within the scope of the regulations, it does not necessarily mean that they will be designated. The second arm of the test for designation has a significant discretionary element – whether the Secretary of State considers that the designation is appropriate, having regard to the purpose of the regime – being to deter, and provide accountability for, the focussed human rights violations, and the likely effects of the designation on the person. The Government has indicated a number of factors that will be likely relevant in determining whether an individual should be designated:

49 listings were announced at the launch of the regime. 25 of these related to Russians involved in Sergei Magnitsky’s arrest, mistreatment and death; 20 Saudi nationals involved in the high-profile murder of journalist Jamal Khashoggi in Istanbul; two Myanmar military generals involved in the Rohingya genocide; and two North Korean organisations involved in their infamous labour camps.

Those designated have had their assets in the UK “frozen” (although this does not remove their ownership of them) and are barred from visiting the UK. The regulations place obligations on financial services, real estate agencies, legal services and other services not to “deal with” a designated person’s funds or assets (otherwise impermissible dealings can be authorised via a Treasury licence). Contravention of this can result in imprisonment or a fine.

The UK’s sanctions regime is overseen and enforced by the Office of Financial Sanctions Implementation (OFSI), which is part of the Treasury Department. To date, only four organisations have been penalised by this body, all under EU sanctions. For example, Standard Charter Bank was fined £20.47 million for dealing with a Russian bank that was on the Ukraine (Crimea) sanctions list.

It is still early days for the UK’s global human rights sanction regime. The initial listings indicate a focus on human rights abuses and abusers that have gained popular notoriety. Whether or not the sanctions regime will focus on less publicised, although no less serious, violations and violators is yet to be seen. The sanctions regime should not be confused with, and is not a replacement for, criminal procedures against individuals and human rights claims against states. These sanctions are, in reality, a political tool introduced to encourage national human rights accountability, or highlight particularly egregious abuses to embarrass states into action.

Designating a person, or even threatening to do so, may prove a particularly useful tool for NGOs to challenge human rights impunity, both for current abuses, and for those historical cases where more traditional levers of accountability have failed. At EHRAC, we will be carefully considering how this regime can be potentially used in our areas and issues of concern.