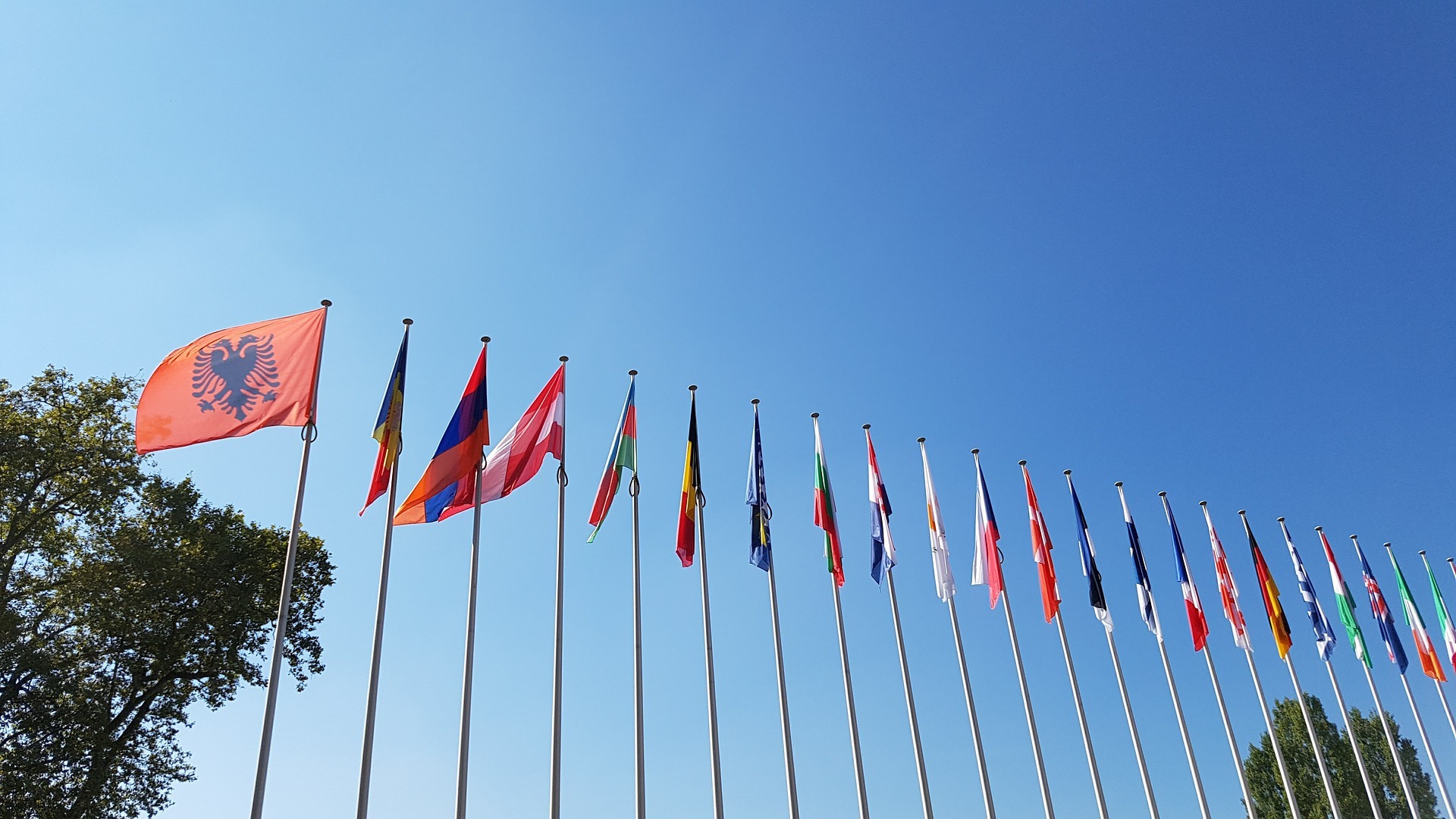 This article was first published on the European Journal of International Law Talk! blog on 19 December 2015.

These are undoubtedly troubled times for the European human rights system. We have written previously about the risks that the toxic anti-Strasbourg rhetoric from certain quarters in the UK (frequently, but not exclusively, focused on the question of prisoner voting rights) might have contagious consequences further afield. In his memorandum to the Joint Committee on the Draft Voting Eligibility (Prisoners) Bill in October 2013, Council of Europe Human Rights Commissioner Nils Muižnieks issued an ominous warning that continued non-compliance with the Hirst and Greens judgments:

‘…would have far-reaching deleterious consequences; it would send a strong signal to other member states, some of which would probably follow the UK’s lead and also claim that compliance with certain judgments is not possible, necessary or expedient. That would probably be the beginning of the end of the ECHR system’.

Ed Bates has recently linked the UK Government’s inaction with the failure to implement cases such as Ilgar Mammadov v Azerbaijan, which concerned the politically-motivated prosecution of an opposition politician, as a result of which the Committee of Ministers has called for his release: ‘It seems hard to resist the conclusion that the continued failure to implement Hirst…saps the Convention’s authority…’

Minister for Human Rights Dominic Raab was unrepentant, arguing that it was a ‘matter of democratic principle’ to maintain the ban on prisoner voting ‘for the foreseeable future’. The next examination of the case by the Committee of Ministers may now be up to a year away.

The uncertainty over the UK’s position vis-à-vis the European Convention on Human Rights (ECHR) will linger into the new year, because of the further delays in the publication of the government’s proposals for a ‘British bill of rights’ and its continuing equivocation. When asked recently (of all days, on human rights day…) whether the government would rule out introducing legislation that would ‘purport to relieve’ the UK from its obligation to comply with Strasbourg judgments – as proposed in the Conservative Party consultation documentreleased by former Justice Secretary Chris Grayling – the Minister of State, Lord Faulks,replied: ‘While we want to remain part of the ECHR, we will not stay at any cost’.

David Cameron had also previously refused to rule out withdrawal.

Muižnieks’ disquiet seems to have been justified, with the recent news from Moscow of the passage of a new law which enables the Russian Constitutional Court to declare rulings of international bodies ‘impossible to implement’. Having been approved by the State Duma (the lower house of the Russian parliament) and the Federation Council (the upper house), the bill entered into force when signed off by President Putin on 14 December.

Although its primary target is certainly judgments of the European Court of Human Rights (ECtHR, Court), the new law’s coverage is wider. At first reading in the Duma the text of the draft bill referred to rulings from international courts, however, it was subsequently amended on second reading to remove any reference to the term ‘court’, so that it also applies to decisions from other human rights bodies, such as the UN Human Rights Committee. The Russian President, the Government and the Ministry of Justice will all be entitled to petition the Constitutional Court as regards decisions they regard as being ‘impossible to implement’. One of the initiators of the bill, the Communist Party MP Vasily Likhachev, a former Russian deputy Minister of Justice, has suggested that where decisions of international human rights bodies ‘undermine state sovereignty’, the situation will be ‘solved’ by the Constitutional Court.

It is important to be clear that the new Russian law does not simply concern the relationship between the Strasbourg Court and the domestic courts (reflecting, for example, the long-standing debate in the UK about the implications of s. 2 of the Human Rights Act). It goes much further than that – by denying the enforceability of ECtHR judgments as regards the Russian state altogether, thereby purporting to extinguish the effect of Article 46 of the ECHR. This is therefore unprecedented in the history of the European human rights regime.

The shadow of the corrosive British debate is clearly detectable in Moscow. For example, one of the Duma MPs who initiated the bill, Andrei Klishas, made express reference to the issue of prisoners’ voting rights, which is a live and controversial question in Russia, as it is in the UK.

‘the participation of the Russian Federation in any international treaty does not mean giving up national sovereignty. Neither the ECHR, nor the legal positions of the ECtHR based on it, can cancel the priority of the Constitution. Their practical implementation in the Russian legal system is only possible through recognition of the supremacy of the Constitution’s legal force’.

Furthermore, the Constitutional Court held that where there is a conflict between the ECHR and the Constitution ‘…by virtue of the supremacy of the Basic Law, Russia will be forced to abstain from the literal implementation of the decision of the Strasbourg Court’.

Maria Smirnova has argued that there is a clear international political context to the Constitutional Court’s judgment:

‘… the move to remind Russians and the outside world of the supremacy of the Russian Constitution may be inspired by the current political climate and extensive exchange of sanctions between the EU and Russia’.

The judgment was recognised as an alarming development within the Council of Europe. Anne Brasseur, the President of the Parliamentary Assembly, reiterated that Russia has one of the highest number of non-implemented judgments of the Strasbourg Court (nearly 1,500) – many concerning very serious human rights violations (such as the breaches committed by the Russian security forces in the North Caucasus region) and also complex structural problems. Brasseur suggested that the decision:

‘should in no way lead to a selective implementation of these judgments, as this would undermine the authority and the efficiency of the human rights protection system based on the Convention as a whole’.

Former Moscow city court judge Sergei Pashin has acknowledged that it is ‘dangerous’ for Russia to be retreating from its international obligations.

What has triggered the introduction of the law? There is little doubt that certain ECtHR judgments have proved to be decidedly unpalatable to the Kremlin. As commentators such as Halya Coynash have observed, the 2014 judgment in the Yukos case, as a result of which €1.8 billion has to be paid to Yukos shareholders, was particularly unpopular for the authorities in Moscow. However, there is no shortage of decisions which seem to be considered repugnant, such as the Court’s attribution of Russian responsibility for human rights violations committed in Transdniestria (the separatist region of Moldova) in Ilaşcu and Catan. Other commentators have placed in the same bracket the grand chamber judgment which the Court passed down on the same day (4 December) that the bill passed its third reading, Roman Zakharov v Russia, concerning the very broad powers of the FSB (the Russian secret service) to monitor telephones. As the Court found a significant series of shortcomings in the legal framework regulating the interception of communications, its implementation will require substantial changes to the law. That may be why Veniamin Geynbikhner has suggested that the Zakharov decision may be the first to be referred to the Constitutional Court under the new law. The UK government has also drawn a direct link between the law and the Zakharov case. Other possible future contenders currently pending before the Court are cases concerning the ‘foreign agents law’ (an insidious law targeting Russian civil society, but which was upheld by the Constitutional Court in 2014) and the Beslan massacre in 2004, not to mention the 1,400 plus cases relating to events in eastern Ukraine and Crimea.

As a matter of international law, Article 46(1) of the ECHR establishes a legally binding obligation to comply with the decisions of the European Court. The effect of the Vienna Convention on the Law of Treaties is explicitly to prevent the Constitutional Court judgment being prayed in aid of any justification to ignore Russia’s ECHR obligations. Article 27 provides that

A party may not invoke the provisions of its internal law as justification for its failure to perform a treaty.

The reaction of the international community to the developments in Russia has once again been decidedly muted, and this is arguably a large part of the problem, given European states’ remarkably supine attitude to egregious (and other systemic) human rights violations in Russia. It was Lord Frank Judd, the former Parliamentary Assembly rapporteur on Chechnya, who suggested that Europe’s feeble response to Russia’s human rights record amounted to ‘wanton irresponsibility as its actions continued to incite terrorism and extremism in the region’. The Russian annexation of Crimea did lead, in 2014, to the suspension of Russia’s 18 parliamentarians from the Parliamentary Assembly – but was even that a commensurate response?

The Council of Europe institutions are now seeking to engage where they can. The Secretary-General, Thorbjørn Jagland, has suggested that a ‘solution’ should be possible:

‘…it will be up to the Constitutional Court of Russia to ensure respect for the Convention if it is called upon to act under the new provisions’.

The Committee on Legal Affairs and Human Rights of the Parliamentary Assembly has quickly referred the new law to the Venice Commission for its opinion. It remains to be seen whether there is any real prospect of amelioration – of the law or its application. Many questions arise. How often in practice will cases be referred to the Constitutional Court, and how will the Constitutional Court respond? Will the Russian authorities be able to refer to the Constitutional Court any of the pre-existing unpopular Strasbourg judgments which have not to date been implemented and which remain pending before the Committee of Ministers? If a judgment is declared ‘impossible to implement’, how will the Committee of Ministers then respond?

The ECHR has undoubtedly led to concrete changes in Russian law – what seems clear now is that the new law will substantially weaken the human rights of ordinary Russians. Professor Ilya Shablinsky, from the Moscow Higher School of Economics and a member of the Presidential Human Rights Council, argues that: ‘Russian citizens are being gradually isolated from international legal defences’.

It is cataclysmic, too, for European human rights protection as a whole.