In conversation with Lord Frank Judd 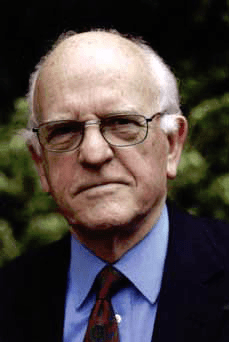 A supporter of EHRAC since its inception in 2003, Lord Judd has always taken a keen interest in the organisation’s litigation work on human rights cases, particularly those from Chechnya. Despite the increasingly hostile attitude of the Russian State towards safeguarding human rights, he still actively lobbies in the House of Lords for continued diplomatic efforts to persuade Russia to implement judgments from the European Court of Human Rights. With new legislation passed in December 2015 allowing Russia’s Constitutional Court to override European Court judgments if deemed unenforceable, the prospect of progress seems unlikely in the foreseeable future. Lord Judd has stated that Europe’s feeble response to Russia’s human rights record amounts to

“wanton irresponsibility as its actions continued to incite terrorism and extremism in the region.”

Lord Judd was a member of the Parliamentary Delegation to the Council of Europe (CoE) between 1970 and 1973 and again between 1997 and 2005. He was then appointed to the Political Affairs Committee in 1999 and elected Special Rapporteur on Chechnya, reporting to the Parliamentary Assembly of the CoE (PACE); in this position he investigated, monitored and made recommendations on solutions to human rights issues in the region. During his tenure, Lord Judd visited Chechnya nine times and Moscow eleven times. He therefore has extensive first-hand experience of the human cost of the tensions between the local population and State authorities.

On 23 March 2016 we were delighted to meet Lord Judd in the House of Lords to hear his reflections on his experiences as Special Rapporteur, and also on the ongoing serious and unresolved problems within Chechnya. He talks of the turbulence in the region at the time, when the second war between Russia and Chechnya was ongoing, and how it impacted on those working there. Some Council of Europe colleagues were anxious about travelling to Chechnya, especially when it was impossible to guarantee their safety. Lord Judd describes one night staying unexpectedly in a military base in Grozny – the kind of scrutiny they received made it very clear they were not welcome. Although Lord Judd admits that there were risks in travelling to the region, he says:

“I can honestly tell you… that I never felt physically afraid. There was plenty to be afraid of. I was certainly apprehensive, but not afraid. I was realistic.”

Lord Judd explains that he has always sought to speak objectively about the situation in Chechnya; for example he recalls that at a press conference in Chechnya in 2010 when, after being unable to access Russia or Chechnya for several years, he returned with the All Party Parliamentary Group mission, he was asked to comment on the new infrastructure which had been put in place, such as roads, apartments and mosques. Lord Judd replied that he was very impressed with the new infrastructure aesthetically, but that he was unsure how well it was built, and who had access to it. However, predominantly, he expressed his sadness that despite these superficial developments, there was no progress on human rights issues. But his concerns about human rights were edited from all media coverage of his visit.

The tipping point for Lord Judd came with the referendum that was set to take place in Chechnya on 23 March 2003 on the new constitution. He had recommended that the referendum be postponed as, in his opinion, Chechen voters were insufficiently informed about the referendum and the security situation made proper preparations for it impossible. Moscow rejected his plea, and he publicly stated that he would resign if the referendum took place on 23 March 2003. When PACE also rejected his proposal to postpone the referendum, Lord Judd resigned. Reflecting on this decision, Lord Judd says that he often wonders if he did the right thing. However, he came to realise that there were many people who appreciated his actions. Lord Judd was always very aware of the inherent compromise of working with the Russian Government. On the one hand this was the only legitimate way of making progress in Chechnya. However, he comments,

“Every now and then there comes a time for a fundamental stand.” It seems that his resignation from the position of Special Rapporteur was just that.

Even before his resignation, Lord Judd’s analysis of the situation in Chechnya proved divisive among British politicians: the issue of Chechnya was clouded by Russia’s alleged ‘problems with security’. At a time when the Russian Government was justifying its actions in Chechnya by citing the terrorist threat posed by Chechen separatist groups, Lord Judd attempted to highlight the unwitting potential of British foreign policy to drive people into the hands of extremist groups.

“I shall definitely go to my grave thinking about the people in Chechnya –their faces, their courage.”

Lord Judd describes the anger of the Chechens he met at the injustice of the situation:

“The indiscriminate nature of bombings; the brutality, torture, and crude intimidation of family and friends; enforced disappearances.”

The courage displayed by the people living there strongly moves him to this day.

In 2010, when Lord Judd returned to Chechnya for a UK All-Party Parliamentary Human Rights Group Fact-Finding Mission with Nicole Piché (PHRG Co-ordinator), he found that in some ways the human rights situation had deteriorated.

The implementation of judgments on cases of human rights abuse in Chechnya is an issue which has long frustrated Lord Judd. The European Court of Human Rights has delivered over 300 judgments on cases from Chechnya and the North Caucasus, but Russia has taken little action to implement these judgments, beyond the payment of compensation to the victims. In June 2012, Lord Judd asked the UK Government what proposals they would put forward to the CoE’s Committee of Ministers to press for follow-up action by the Russian Government in the case of Shafiyeva v Russia (one of EHRAC’s cases). He raised the issue of Russia’s non-implementation of judgments in Chechen cases in the House of Lords as recently as July 2015. During Lord Judd’s tenure, the political situation in Russia changed dramatically. He describes a “spring” in the Russian media at the beginning of his time as Special Rapporteur in 1999, when he spoke about Chechnya at press conferences. Four years later and the media had clamped down in Russia; press conferences had become risky and it was only brave journalists who would speak with Lord Judd privately.

One of these journalists was Anna Politkovskaya, human rights activist and critic of Putin’s regime and the Second Chechen War, who was murdered in 2006. Lord Judd describes his infinite admiration for Anna, whom he first met at an international press conference in Chechnya, and her persistence, despite the growing danger she faced. Regarding the current political situation in Russia, or the ‘KGB elite’ as he calls the ruling political class, Lord Judd points out

“All the people in key positions went to special universities and choose special schools for their kids – a carefully nurtured, cynical elite. And what is it [based on]? – power and money. In the old days…many people in Russia had to somehow themselves rationalise what they were doing…But now it’s just about power and money.”

As our conversation comes to a close, Lord Judd also draws out parallels with the status of human rights in the UK, of which he is deeply critical. Talking of the Government’s proposal to repeal the Human Rights Act and replace it with a British Bill of Rights, Lord Judd asks: “What is the motivation for bringing in the Bill of Human Rights? Is it to protect human rights? No!”

The work of EHRAC constantly impresses and inspires me. The Russian government has set out to isolate from international scrutiny the cynical, systematic, brutal and continuing abuse of justice and human rights in Chechnya and the North Caucasus. Too much of the media, academia and political leadership in the West has inexplicably condoned this. Russia’s record has inevitably provoked more extremism, terrorism and instability across the region and beyond. In EHRAC we have a team of first-rate lawyers and their small, dedicated support staff working tirelessly and effectively in the cause of truth and justice. Their success in helping to ensure that specific cases of grotesque injustice are brought before the European Court of Human Rights and the consequent record of condemnation by the Court are a challenge and example to us all. No ivory towers or academic or journalistic voyeurism for them! The accumulating body of case law speaks for itself. Muscular and highly-motivated engagement is their driving force.

Lord Judd’s account of his time as Special Rapporteur is certainly a fascinating one, and his significant influence in tenaciously pursuing human rights issues in Chechnya both in the UK Parliament and through his role as Special Rapporteur at the Council of Europe cannot be underestimated. We greatly value his continued support for EHRAC and his ongoing lobbying of the UK Government and the Council of Europe on human rights issues through the House of Lords.

This article appeared in the 25th issue of the EHRAC Legal Bulletin.