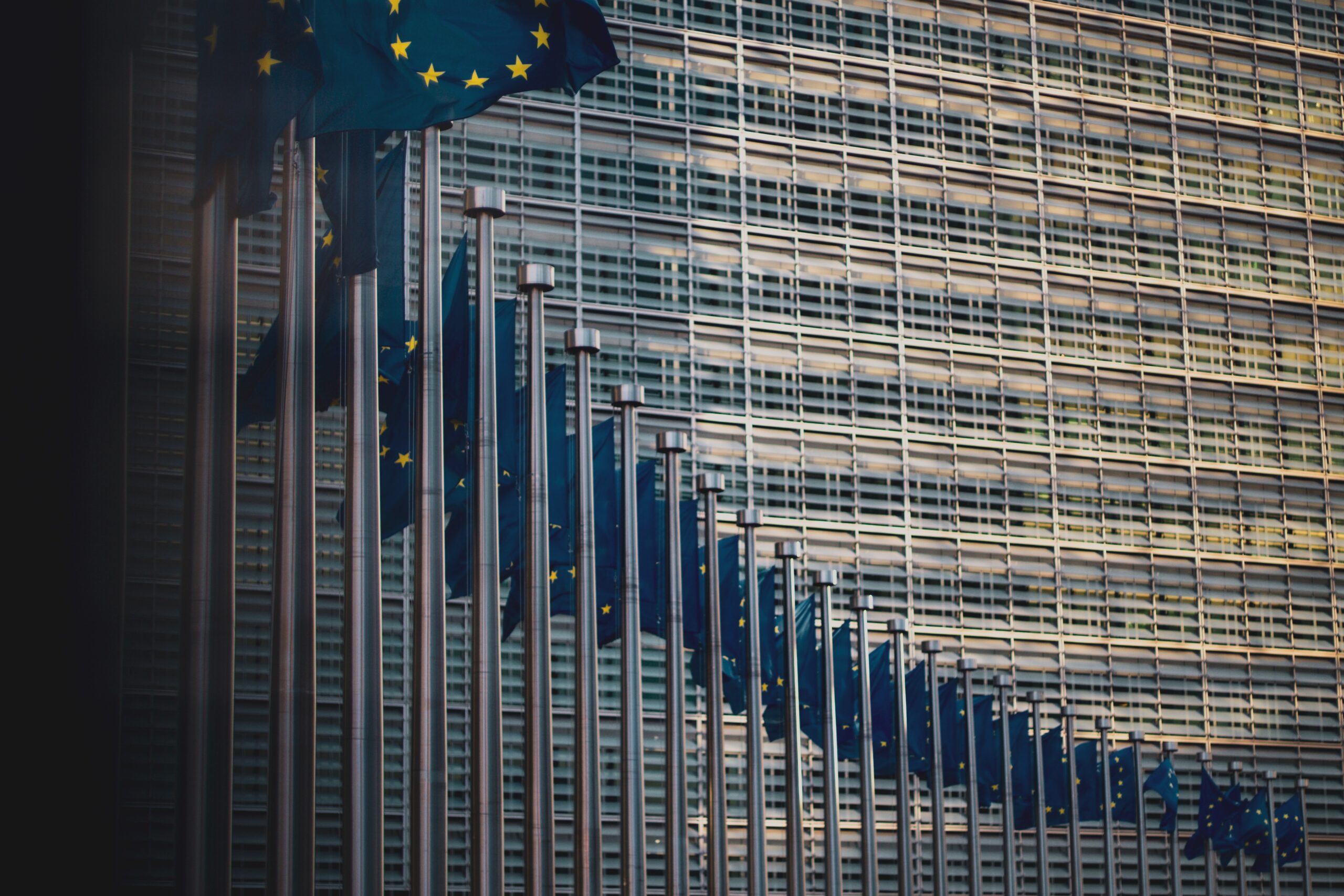 After excursions to Interlaken, Izmir and Brighton, Council of Europe states meet again this week, in Brussels, to discuss further reform of the Europe-wide human rights system. Taking their turn to chair the Committee of Ministers of the Council of Europe, the Belgian government has decided to focus attention on the implementation of judgments of the European Court of Human Rights.

Such an emphasis is very much to be welcomed, as it remains the obvious Achilles heel in the human rights system. In its report last year on the ‘Brighton Declaration and Beyond’, the Legal Affairs Committee of the Parliamentary Assembly of the Council of Europe (PACE) lauded the Court for its ‘extraordinary contribution’ to the protection of human rights in Europe. It went on, however, to deplore the way states respond to the Court’s judgments, noting that ‘the prevailing challenges facing the Court, most notably the high number of repetitive applications as well as persisting human rights violations of a particularly serious nature, reveal a failure by certain High Contracting Parties to discharge their obligations under the Convention’.

The statistics show the weight of the burden that this is creating. At the end of 2013, there were more than 11,000 unresolved cases pending before the Committee of Ministers (CM) (which has the role, under the Convention of supervising the implementation of the Court’s judgments). The latest CM annual report on the execution of judgments also acknowledges the increasing proportion of unresolved cases which concern systemic or structural issues – just under 1,500 such ‘leading’ cases were still outstanding in December 2013. These cases relate to endemic problems, such as poor prison conditions, violations arising from the restitution of property, the non-execution of domestic court judgments and the excessive length of proceedings, the excessive use of force by state security forces and systemic failings as regards the functioning of the judiciary.

While there are clear structural failings in particular European states, it seems that none can be fully exonerated of the charge of inadequate or delayed follow-up. For example, as regards the UK, there are a number of notable pending cases of failures in implementation. A recent report of the Joint Committee on Human Rights (JCHR) acknowledges the UK’s generally very good record but laments the seven year delay in implementing the Marper judgment (on the retention of biometric data) in Northern Ireland. The JCHR report also discusses the ‘McKerr group’ of cases, concerning the investigation of the use of lethal force in Northern Ireland (dating back to the 1980s and 1990s). The JCHR notes that although the CM closed its supervision of a number of issues arising from these cases, there are still various outstanding questions, such as concerns about failings in the investigations, including the lack of independence of police investigators. The JCHR points out that the failure to implement these judgments fully has led to additional cases and further findings of violations against the UK. The JCHR is also clear about the broader consequences for the UK of the ongoing failure to resolve the prisoner voting rights question:

The UK Government’s continuing failure to amend the law in response to the Hirst judgment undermines its credibility when invoking the rule of law to pressurise Russia—and other countries in a similar position—to comply with its international human rights obligations.

More than a thousand prisoner voting rights cases have subsequently been lodged in Strasbourg, because the prisoner voting rights issue has not been resolved. As a joint committee of the UK parliament has recommended, the next UK government, of whatever political hue, must act swiftly to remedy the violation first identified in Hirst a decade ago.

What, then, to do? In February, the Belgian government released by email a draft of a declaration which is to be adopted in Brussels this week. We understand that prior to that, there had been some form of consultation of civil society in Belgium, but not more widely. Requests submitted by various international NGOs seeking a proper level of involvement in, and engagement with, the process even went unanswered. We do not consider that that is acceptable, when the future of the European human rights system is at stake. At that stage, a group of 10 NGOs drafted and publicised a response to the draft declaration. We understand that there have been voluminous comments from governments, but at the time of writing this blog, we have not seen a later draft and nothing has been published.

There are many aspects of the draft declaration that should be welcomed, not least encouraging states themselves to introduce specific measures designed to improve the implementation process at the national level. For example, states should produce better quality ‘action plans’, which set out how they intend to respond to Court judgments. That is an important recommendation, as it is the basis of ensuring some degree of accountability in the process, both at the domestic and international level.

We are encouraged, too, by the emphasis in the draft declaration on the involvement of national parliaments in the execution process. For example, we would advocate that parliaments should be able to scrutinise and comment on states’ ‘action plans’ (whether legislative changes are needed or not). The Legal Affairs Committee of PACE has also reiterated that a role for parliaments is indispensable ‘in cases of the non-implementation, delay or (rarely) refusal to implement a judgment, or where legislative reform is required’.

In the UK, the recent report of the Joint Committee on Human Rights rightly also drew attention to the importance of democratic engagement in the pre-legislative phase of human rights scrutiny, and the potential for elected branches of government to earn deference from the European Court by the quality of their deliberation. The JCHR stated that the:

new emphasis on national implementation casts a greater onus on Government departments to conduct detailed assessments of the Convention compatibility of their laws and policies and on Parliament to subject the Government’s assessment to careful scrutiny and debate. Where the national authorities can demonstrate that they have conscientiously engaged in such a detailed and reasoned consideration of Convention compatibility, the Court will be more reluctant to interfere with that reasoned assessment.

The draft declaration also incorporates proposals on the implementation process at the international level which are to be applauded, aimed at the enhancement of the CM supervision process. For example, it advocates the CM’s use in the supervision process of ‘all of the tools at its disposal’. One such tool is the ‘infringement procedure’ mechanism which was introduced (by Protocol 14) specifically to address situations of persistent non-implementation of the Court’s judgments. The Explanatory Report on Protocol 14 underlined states’ collective responsibility to preserve the Court’s authority – and thus the Convention system’s credibility and effectiveness – whenever the CM considers that a state refuses to comply with a final judgment of the Court against it:

Rapid and full execution of the Court’s judgments is vital. It is even more important in cases concerning structural problems, so as to ensure that the Court is not swamped with repetitive applications. For this reason, ever since…[2000].., it has been considered essential to strengthen the means given… to the Committee of Ministers.

However, EHRAC’s experience of seeking to engage with diplomats in relation to the use of ‘infringement proceedings’ has, we believe, revealed states’ obvious nervousness and reluctance to use such a measure. Indeed, it has never been invoked. This must change.

We also welcome the fact that the draft Brussels declaration calls for the CM to hold ‘thematic debates’ on particular execution issues and to allow ‘national experts’ to take part in Committee meetings. These points illustrate a principle that we believe should be reflected in the process to a much greater extent: transparency. Diplomats often argue that discussion about cases is best facilitated by being carried out ‘in private’; that way, the argument goes, states are able to express their positions candidly and openly. That may be so, but it should not preclude a greater level of openness in particular cases which remain unresolved after several years, or in the face of state intransigence. In such situations, exceptionally, ministers or officials should be summoned to explain themselves, and to do so in public. A UK foreign office minister recently sought to reassure parliament that ‘the UK plays an active role in the Committee of Ministers, and has regularly used this forum to press Russia to comply with Court rulings, in line with its international human rights obligations’. EHRAC’s understanding is that there is in fact only limited pressure placed on Russia, but the truth is we don’t know, and cannot know, until there is greater transparency.

Too often the CM’s ‘peer review’ process is insufficiently effective or rigorous. The European Court, by contrast, functions, by and large, very successfully; it does so because of its independence. We believe that in order to improve the CM’s supervision of judgments in the most difficult situations, there needs to be a genuinely independent element to the process. This is where the draft declaration does not go far enough. The supervision carried out by the CM should be supported by an independent expert advisory group. Such a group would bring added focus, energy and profile to efforts to facilitate resolution of the most intractable implementation issues; their independence of state representation would bring an incisive cutting edge, which has hitherto not been seen.

We hope that the final Brussels declaration reflects the emphasis in the draft on the need for states to strengthen their systems for implementation and for the CM to make more effective use of the tools in its armoury. There will be an NGO side event at the Brussels conference at which this message will be reinforced. We trust that government representatives meeting nearby will be listening.

This blog is by EHRAC director Prof. Philip Leach and Dr. Alice Donald, a Senior Research Fellow at Middlesex University. It was originally published on 22 March 2015 on the European Journal of International Law Talk! site.