Violence against women and girls Blog 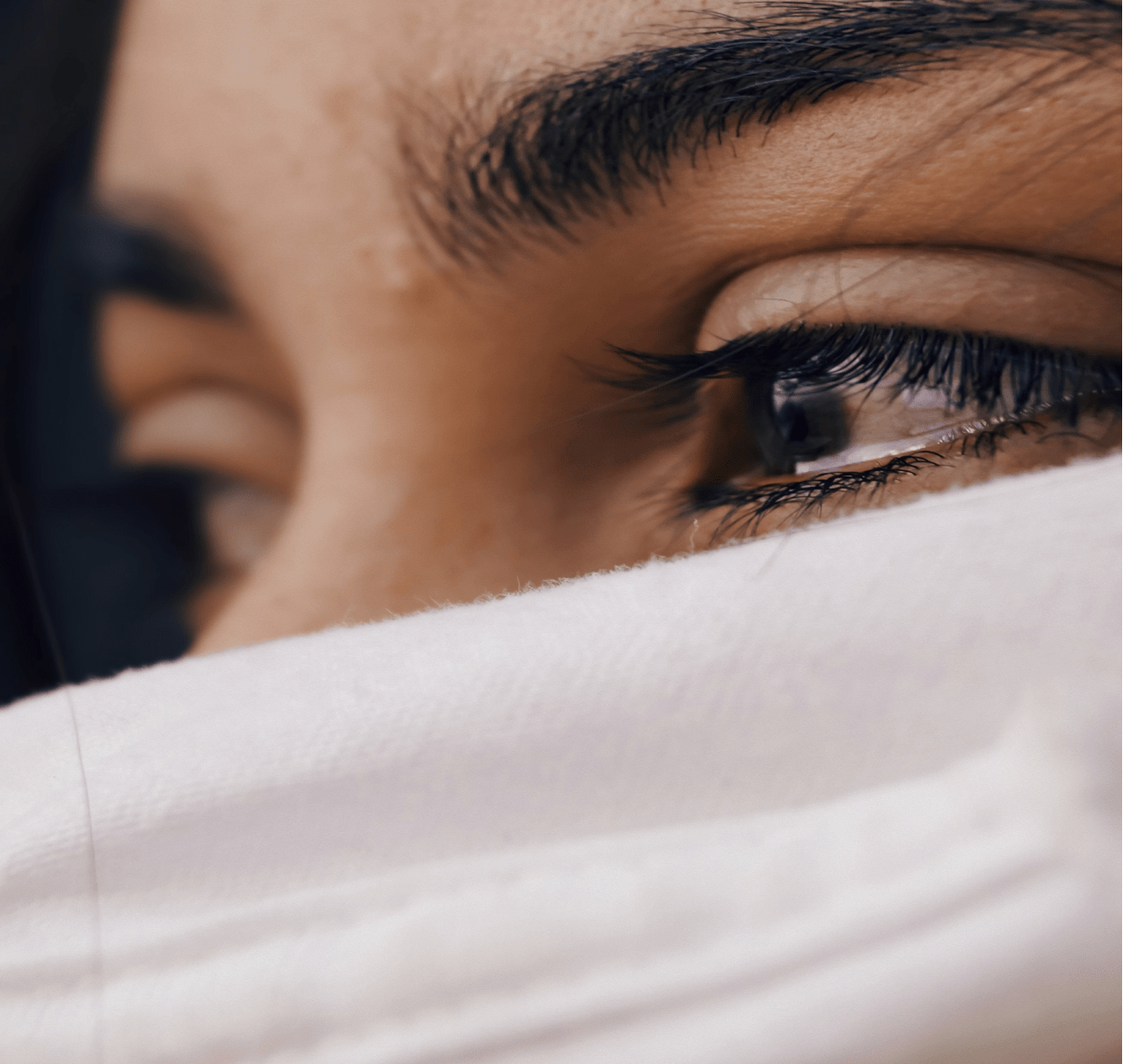 By Professor Aisha K. Gill, Professor of Criminology at University of Roehampton, UK. Her main areas of interest and research are health and criminal justice responses to violence against black, minority ethnic and refugee women in the UK, Iraqi Kurdistan, India, and Pakistan. She has been involved in addressing the problem of violence against women and girls/, ‘honour’ crimes and forced marriage at the grassroots level for the past 20 years.

In recent years, violence against women and girls committed in the name of ‘honour’ has attracted increasing attention across the globe. Unfortunately, most media accounts and policy discourses concerning honour-based violence (HBV) and ‘honour killings’ have principally viewed the problem through the lens of cultural essentialism. This article seeks to identify and interrogate structures and ideologies that underpin HBV as a form of gender-based violence. Furthermore, it will avoid the common trap of simplistically viewing culture, ethnicity, religion or nationality as the sole causal factor behind this complex phenomenon. Current understandings of the motivating factors behind HBV and the impediments to effective responses – regarding not just legal and political measures but also economic and social ones – are discussed and measures aimed at addressing it are offered.

Honour is defined as a virtue or character trait associated with integrity, good moral character and altruism (Vandello and Cohen, 2004). It is a symbolic and rhetorical construct, the meaning of which is constantly contested as it carries different connotations in different cultural and linguistic groups (Sen, 2005). However, subtleties of meaning are often lost in the attempt to understand these differences; the translations of terms that encompass honour rarely convey the totality of their culturally specific interpretations, thus distorting their meaning (Terman, 2010). For instance, the Urdu word izzat, translated into English as ‘honour’, refers to a wide spectrum of socio-cultural relationships and ties that bind family and community groups together (Gill and Brah, 2014).

As a general concept honour is considered to be comprised of three facets: ‘a sentiment, a manifestation of this sentiment in conduct, and the evaluation of this conduct in others’ (Pitt-Rivers, 1971: 21). It encompasses not only a persons’ estimation of their own worth, but also the acknowledgement of that claim by their community through the recognition of their respect. Thus, honour has multiple connotations and overlapping meanings related to pride, esteem, dignity, reputation and virtue.

In defining honour, many theorists emphasise the power of the parallel concept of ‘shame’. Wikan (2008) contends that individuals in communities that value honour are not only motivated by a desire to obtain and maintain honour but are equally concerned with avoiding shame. Honour and shame are dynamically interrelated in that honour ‘has to be continually reaffirmed in practice, reinforced in action, defended against challenge and re-won and advanced in competition’ (Mandelbaum, 1988: 23). Honour relates to expected behaviour, while shame is associated with transgressions against these expectations. Shame is easier to measure as it involves an action(s), while honour is a broad category that defies classification (Gill, 2014).

The specific acts deemed to increase or erode honour are subject to constant contestation and change. Moreover, honour and shame have distinct practical implications where men are expected to uphold their family and social group’s honour by ensuring that ‘their’ women do not bring shame upon the family. Although their own conduct is subject to moral judgement, it is often considered secondary to the scrutiny focused on females. In societies with honour-based value systems, honour is typically equated with the regulation of womens’ sexuality as well as their conformity with social norms and traditions. The oppression that women face as a result of these imposed honour systems takes different forms depending on their location, their regional culture and their family’s socio-economic status. For example, in some South Asian families, participation in professional/academic pursuits contributes to the family’s honour; while in others, working outside the home is a source of shame (Gill, 2014; 2020).

Despite these variations, the vast majority of victims of honour-based violence (HBV) are women, and their perpetrators are most often the victim’s male relatives. While older women may play a part in the perpetration of HBV, it is usually men who carry out the violence. Consequently, the perpetration of HBV can be considered a public display of patriarchal power. As Bourdieu (1977) claims, honour is always lived out openly, before other people. The term ‘honour killing’ is often used interchangeably with ‘honour crimes’ and ‘honour-based violence’. Tripathi and Yadav define honour killing as “an ancient practice in which men kill female relatives in the name of family ‘honour” (2004: 64). In countries where ‘honour’ killings occur regularly, many believe that killing for the sake of individual or collective honour is heroic. Likewise, men claim that their actions were impulsive, prompted by rage over the supposed violation of the prevailing honour code. Both types of response locate the propensity for violence not in men per se but in culturally constituted ways of ‘being a man’ that link masculinity with authorised acts of aggression (Hearn, 2004).

Although the word ‘honour’ has many positive connotations, it is commonly invoked to justify violence, abuse and even murder. Its role in motivating and legitimising violence against women and girls needs to be better understood if such crimes are to be effectively challenged. Critically, breach of honour does not universally entail violence by men against women, nor are women its exclusive victims. However, the overwhelming majority of cases involve violence perpetrated by men against women in order to obtain and/or preserve a social construction of ‘honour’ (Bownman, 2007). Here, concern to protect families against dishonour caused by violations of the prevailing honour code outweighs concern regarding the value of women’s lives and their autonomy.

The use of the term ‘honour crime’ is vexed. First, the application of this and similar terms to forms of violence that almost exclusively afflict women lends support to the idea that ‘honour’ is intricately tied to womens’ behaviour. Second, the use of the word ‘honour’ renders crimes so described as susceptible to ‘exoticisation’. Understandings of HBV that prioritise cultural explanations, especially those that consider HBV to be something that happens to ‘othered’ women from ‘othered’ communities, diverts attention from the role of gender as well as the fact that violence against women affects women across the cultural and ethnic spectrum. While human rights defenders need to be responsive to the diversity of womens’ lives both within and across national contexts, they should also be wary of painting a picture of cultural differences that reinforce cultural essentialism. Conceptualising HBV as a specific type of violence against women and girls legitimised by patriarchal honour codes avoids these pitfalls while also recognising the critical role of gender.

While there is a tendency in the West to see ‘honour’ killings as related to specific cultural traditions, these crimes are not confined to a particular religion, culture, society or social stratum. Bourdieu (1977) argues that honour is not an aspect of cultural practice but rather it emerges from a constellation of interpersonal exchanges; thus, even though honour crimes are found in many different societies, each unique cultural context should be individually evaluated to determine how and why these practices have arisen. Furthermore, to understand the place of honour crimes within the continuum of forms of gendered violence (i.e. child/early/forced marriage; female genital mutilation), one must gaze inwards, instead of only upon the ‘other’, to enable a critical self-positioning that recognises and challenges violence predicated on ‘honour’ wherever it happens (Sen, 2005). However, violence against females also exists in the cultures that criticise the ‘other’, so these societies’ cultural practices cannot offer safety to women. Tackling ‘honour’ killings and ‘honour’-based violence requires a shift in thinking. Instead of simplistically conceptualising these crimes as arising from cultural traditions common to a range of ‘backward’ (and, thus, ‘othered’) societies, the issue needs to be (re-)considered in the context of violence against women and girls (i.e. gender-based violence) and the patriarchal value systems found, in varying degrees, in all societies.

Gill, A. (2014) “All they think about is honour”: The Murder of Shafilea Ahmed, in Gill, A., Roberts, K., Strange, C. (eds) ‘Honour’ Killing and Violence: Theory, Policy and Practice, London: Palgrave Macmillan.

Wikan, U. (2008) In Honour of Fadime: Murder and Shame (Chicago: University of Chicago Press).

The Right of Self-Defence in Domestic Violence Cases: Stereotypes and Biases in Justice Systems (Using the Example of Russia)
Violence against women and girls Russia Blog
By Dariana Gryaznova, EHRAC Oak Fellow. Dariana is a human rights lawyer from Russia.…
Happy International Women’s Day!
Discrimination against LGBTIQ+ people Violence against women and girls Armenia Georgia North Caucasus Russia Ukraine Blog
To celebrate, we asked 8 of the inspirational women we work with – our…
Join our newsletter
SIGN UP