Has the ECtHR in Mammadov 46(4) opened the door to findings of ‘bad faith’ in trials? 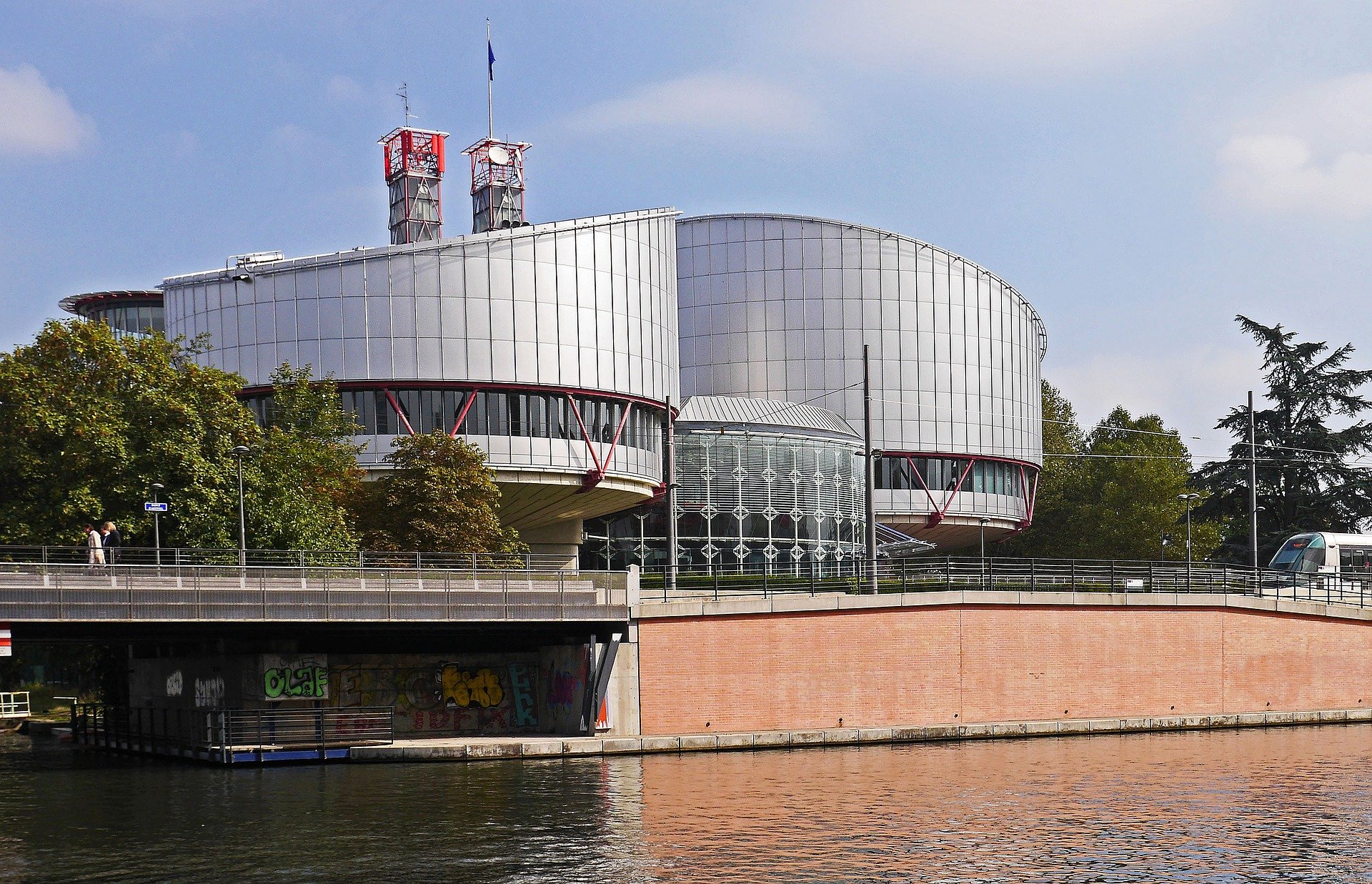 In the recent judgment of the European Court of Human Rights (the Court) in Ilgar Mammadov v Azerbaijan  (Mammadov 46(4)) examined under Article 46(4) infringement proceedings, the Grand Chamber found that Azerbaijan had failed to comply with the Court’s original judgment in Ilgar Mammadov (Mammadov No.1) by refusing to release political activist Ilgar Mammadov, who was arrested on politically motivated charges (in violation of a right to liberty and security under Articles 5 and the  prohibition to restrict rights for purposes other than those prescribed by the Convention under Article 18 of the Convention).

This case is not only novel in being the first to be considered under infringement proceedings (see blogs by Başak Çali and Kanstantsin Dzehtsiarou), but is also highly significant for the Court’s approach to the implications of politically motivated proceedings.  Until now the Court has been reluctant to clarify its position on whether trials and convictions can be explicitly held to be in ‘bad faith’ under Article 18 of the Convention. We argue in this blog that the Grand Chamber in this case (relating to Mr Mammadov’s arrest and pre-trial detention), went substantially further than the Chamber in the second case of the same applicant, Mammadov No. 2 (relating to his trial and conviction), and has paved the way for the Court to finally open the door to the applicability of Article 18 to a right to fair trial under Article 6, or risk incoherence.

The Court’s approach so far to Article 18

Article 18 of the Convention provides that ‘The restrictions permitted under this Convention to the said rights and freedoms shall not be applied for any purpose other than those for which they have been prescribed.’ There is debate about whether the wording of the provision limits its applicability to ‘restricted’ rights under Articles 5 and 8-11 of the Convention (see below).

In Khodorkovskiy and Lebedev v Russia (2013) the Court made a clear presumption of applicability of Article 18 to Article 6 and proceeded straight to an assessment of the merits, concluding that there was no violation of Article 18 (909). Whereas in Navalnyy and Ofitserov v Russia (2016), a slim majority of four judges to three held that Article 6 does not contain any express or implied restrictions that would allow examination under Article 18, rendering the claim inadmissible ratione materiae. In 2018 in Mammadov No. 2 the Court simply sat on the fence, observing that the questions of the applicability of Article 18 to Article 6 ‘remains open’ and that in these circumstances, given its findings under Article 6 § 1 of the Convention, there was ‘no need’ to give a separate ruling on the complaint under Article 18 (261, 262). Unfortunately, an opportunity to clarify its position on Articles 18 and 6 was lost when Mr Mammadov’s request for referral to the Grand Chamber on this point was rejected.

Quite apart from creating an untenable inconsistency on a key provision of the Convention, the Court’s reluctance to apply Article 18 to Article 6 undermines its ability to address and condemn an effective tool of repression favoured by a number of increasingly authoritarian and illiberal Member States. The irony of this can surely not be lost on a Court that was established to counter these very dangers – and against which Article 18 was intended as the primary bulwark.

The Travaux Préparatoires are explicit that Article 18 was a failsafe provision to prevent the encroachment of authoritarianism. Mr Teitgen, Rapporteur in 1949 to the Committee on Legal and Administrative Questions  specified that the object of Article 18 was to ensure that restrictions on any rights and freedoms were imposed in the general interest and not enforced by totalitarian regimes to tighten their totalitarian grip. Italy’s representative, Mr Benvenuti, expressed the concerns of states that had experienced totalitarianism: ‘In my opinion what we must fear today is not the seizure of power by totalitarianism by means of violence, but rather that totalitarianism will attempt to put itself in power by pseudo-legitimate means’. Furthermore, the proposal in the Travaux Préparatoires on Article 18 submitted by Mr Teitgen makes it clear that Article 18 was intended to apply to all the provisions of the Convention.

We therefore argue that the reading of Article 6 of the Convention as an unrestricted right, relied on by some Judges to exclude the ‘applicability’ of Article 18 to Article 6, is an overly literal interpretation of both Articles 6 and 18 and erroneous. The Court well knows that according to its own established jurisprudence Article 6 contains many implied as well as express restrictions (e.g. Golder v United Kingdom, App. 4451/70 (right of access to a court can be limited); Salduz v Turkey, App. 36391/02; Ibrahim and others v United Kingdom, App. 50541/08 (right of access to legal representation can be restricted). In fact, it could just as easily have been drafted as a restricted right. A number of Judges have made this point, as well as calling for the Court to apply Article 18 with Article 6 of the Convention (Judges Keller, Dedov, Nicalaou and Serghides dissenting in both Navalnyy judgments, and Judges Nussberger, Tsotsoria, O’Leary and Mitts concurring in Mammadov No.2) (See also Helen Keller and Corina Heri, Selective Criminal Proceedings and Article 18 ECHR – the European Court of Human Rights’ Untapped Potential to Protect Democracy, 36 HRLJ 1, 3 (2016)).

Time for a more robust approach

The violations in Mammadov Nos.1 and 2 represent classic cases from the authoritarian rulebook: trumped up charges against a Government critic and a trial in which the outcome is pre-determined. The Court in Mammadov No.1 found that no evidence was produced giving rise to a suspicion that could justify his arrest (99). The Court concluded that the actual purpose of the impugned measures was ‘to silence or punish the applicant for criticising the Government’ (143).

There was then no lawful basis for the criminal charges. This case, although decided before Merabishvili v Georgia (in which the Grand Chamber established a predominant purpose test for Article 18, in that where there is a plurality of purposes, the ulterior motive must be predominant), can be distinguished from it in that the only purpose found by the Court for Mr Mammadov’s charges was to punish and silence him (Mammadov 46(4), 189). The Court acknowledged in Mammadov No.2, concerning his trial and conviction, that the facts arose from the same criminal charges stemming from the same events and that the circumstances on which the previous finding of the Court was based remained unchanged (203). Despite concluding that the deficiencies in Mammadov No.1 had not been addressed and that Mr Mammadov’s conviction was wholly based on the same groundless charges, the Court, as cited above, considered that there was ‘no need’ to consider Article 18 separately.

Whilst the Court in Mammadov No.2 was not prepared to address directly the flagrant political motivation behind his conviction on baseless charges, the Grand Chamber in Mammadov 46(4) was. In agreeing with the Committee of Minister’s conclusion that appropriate redress for the violations found in Mammadov No.1 constituted unconditional release and that this position did not change after his trial and conviction, the Grand Chamber was acknowledging that any subsequent proceedings based on the same charges must also be politically motivated and therefore not legitimate. This was not left implicit. The Court clarified that given that the object and purpose of Article 18 is misuse of power: ‘It follows that the Court’s finding of a violation of Article 18 in conjunction with Article 5 of the Convention in the first Mammadov judgment vitiated any action resulting from the imposition of the charges’ (189, emphasis added). This goes further than a finding of ‘unfair’ trial under Article 6 of the Convention (as in Mammadov No.2) in which redress would normally be a re-trial, and is a logical conclusion of the principle of restitutio in integrum, and the principle of restitution under Article 35 of the International Law Commission’s Articles on Responsibility of States for Internationally Wrongful Acts (cited by the Court in Mammadov 46(4), 151).

Is this another example of the Court using a finding of Article 5 and Article 18 to substitute for a finding of Articles 6 and 18, as in Mammadov’s  and Navalnyy’s cases? Or is it an indication that the Court is ready to grapple with this issue at last, particularly given the fact that the Court is due to examine more cases relating to the trial and conviction of those whose arrest and pre-trial detention has already been found in violation of Article 18 by the Court?

For example the Court has already found that the arrest and pre-trial detention of a number of Azerbaijani human rights defenders had no legal or evidentiary basis and was aimed to punish them for their human rights activities, as a part of a wider campaign ‘to crack down on human rights defenders in Azerbaijan’ (Rasul Jafarov, 162). In Aliyev, the Court found that the domestic courts had ‘systematically failed’ to protect him and automatically endorsed prosecution applications ‘without any genuine judicial oversight’ (224). The Court condemned the pattern of retaliatory prosecutions and misuse of criminal law in defiance of the rule of law (223, 224). Both Rasul Jarafov and Intigam Aliyev also have cases pending before the Court raising violations of Articles 6 and 18 (represented by the European Human Rights Advocacy Centre). Given the Court’s conclusions about the criminal justice system in Azerbaijan is it credible that the criminal proceedings relating to the same baseless charges will be held only to be ‘unfair’ under Article 6 by the Court, as in Mammadov No.2, without consideration of Article 18, providing for explicit recognition and condemnation of the clearly abusive nature of the proceedings?

Judges Nussberger, Tsotsoria, O’Leary and Mitts raise the same concern in their concurring opinion in Mammadov No.2:

We do not see a conceptual justification for applying Article 18 in conjunction with Article 5 but not applying it in conjunction with Article 6… The right to a fair trial under Article 6 is one of the guarantees with reference to which fundamental abuses by a state may likely manifest themselves. Therefore, trials before a court must never be used for “ulterior purposes”. This is the conditio sine qua non; the very basis for the idea of “fair trial” as understood in the Convention. Almost all the other guarantees are futile if this most basic guarantee is called into question or undermined. (14, 16)

Not only does the silencing and imprisonment of critics, journalists and human rights defenders need to be called out for what it is, but the Court’s reliance to date on Article 18 with Article 5 to address the political motivation in criminal proceedings precludes the application of Article 18 to civil proceedings, to which of course Article 5 does not apply. In practice, the consequence is that another authoritarian tool of control, the dismissal of unfavourable or independent judges and court presidents or the tactical disbarment of human rights lawyers, despite directly undermining democratic accountability can only be addressed within the limited prism of Article 6 without explicit recognition of ‘bad faith’. The two scenarios – ‘capture of the courts’ and the conviction of critics and human rights defenders on trumped up charges – are of course not unrelated. Nor is the former scenario a stranger to the Court; it has dealt with such cases from Hungary, and no doubt will again, given the current situation of the judiciary in Poland.

Next time there should be accountability for such abuses under Article 18, as intended by the drafters of the Convention.

If the door is indeed ajar, as it should be, we urge the Court to push it open.

The article has also been published at the European Journal of International Law’s blog (EJIL: Talk!).