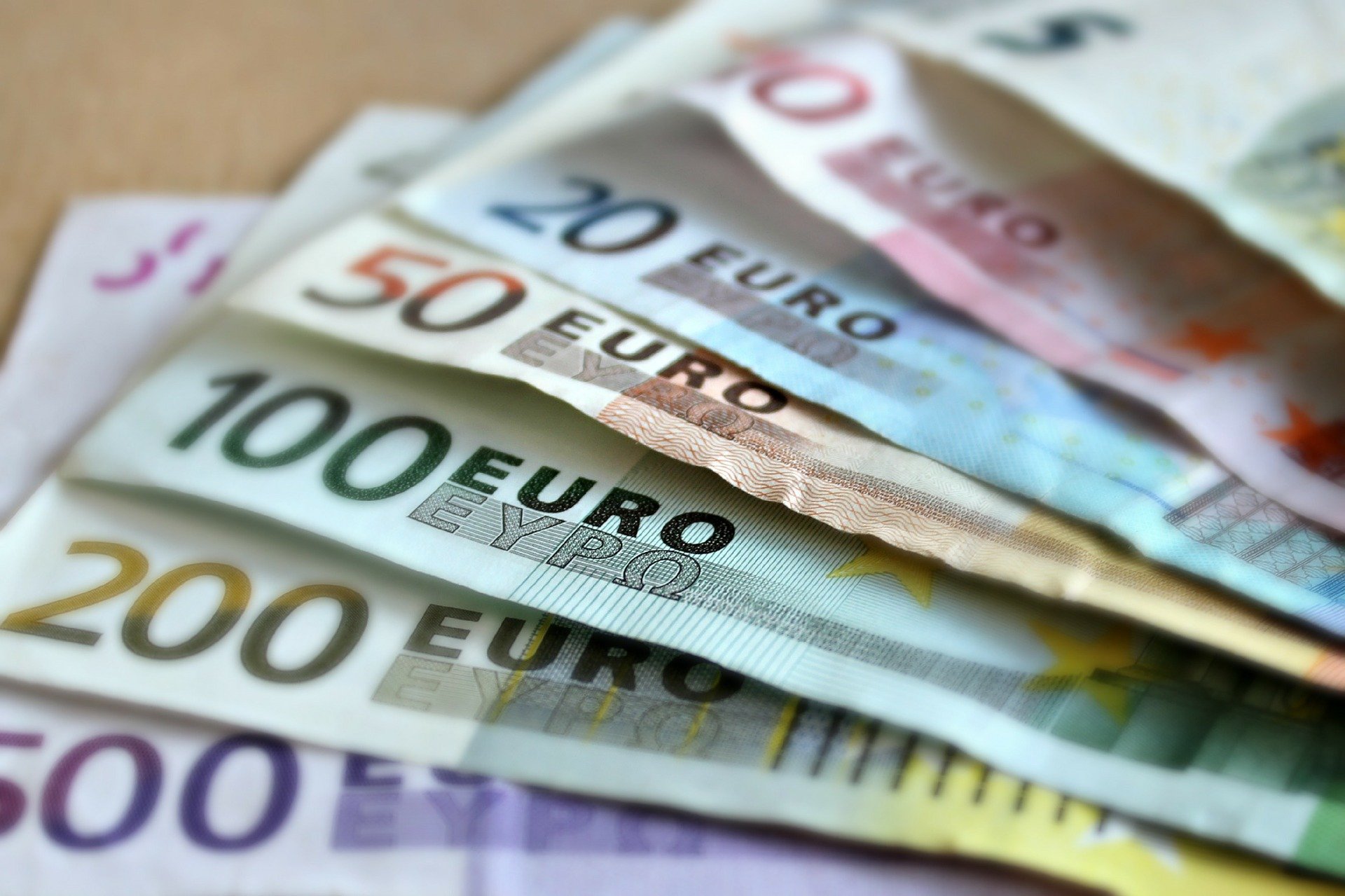 When individuals are tortured or when their human rights are otherwise violated by European governments or domestic authorities, the European Court of Human Rights (ECtHR or ‘the Court’) is responsible for reviewing state actions under the European Convention of Human Rights (ECHR). If the individuals are successful in proving a violation, the ECtHR may award them damages for their pain and suffering. Yet the Court does not explain when individuals are likely to get compensation; nor does it explain which elements of their treatment applicants should emphasise or how much they should ask for. There is no information about maximum or minimum amounts awarded to individuals for specific violations, or about how claims in one case might compare to complaints in other cases. Often, individuals turning to the Court ask for millions of euros in damages, but receive nothing or only a few thousand.

A recent empirical study, funded by the Economic and Social Research Council and based at the University of Cambridge, sought to study for the first time what price the Court assigns to individual human rights and to explain the justifications that drive this practice. A team of researchers led by the author analysed 12,000 judgments of the Court rendered between 2003 and 2016 and found a large discrepancy between what the Court says it is doing and what is in fact happening. Whilst the Court says its aim is to compensate the specific victim for their pain and suffering, the results of the empirical analysis show that the victim is wholly neglected in the Court’s consideration of damages. Their vulnerability, individual circumstances and the consequences they may have suffered are mostly ignored. In cases with multiple applicants, the award is not individualised and the victim depends on others in the group. The results suggest that when it comes to damages, the victim is clearly not at the centre of the Court’s analysis. Although the Court may insist its aim is to deliver individual justice and to compensate the victim for their pain and suffering, this does not seem to translate to paying attention to the particular circumstances of the victim.

Instead, the amount of compensation that the individual receives depends on the respondent state. The following state variables have a significant impact on the determination of the amount awarded: the respondent state; the type of state conduct (violation); and the measurement of the frequency of such conduct. The Court appears to be focusing on state conduct and determines damages depending on how that conduct has been qualified by the Court (e.g. as torture or as inhuman or degrading treatment). Damages for torture/excessive force/arbitrary detention are considerably elevated and adjusted on the basis of the respondent state’s GDP. In principle, therefore, rich countries pay more in absolute terms for the same type of behaviour than poor countries. Finally, if the Court is seeking to dissuade systemic violators of human rights, the analysis suggests that only up to €27 extra is paid for every additional violation of Article 3 (prohibition of torture, inhuman and degrading treatment) the Court has found against that country in its docket. Even more interesting are results in respect of Article 5 (right to liberty), where states pay on average €10-15 less for every additional case finding a violation. This implies that the more a country violates Article 5, the less it pays. The same pattern of ‘price reduction’ can be noticed in the Burmych and others v Ukraine case, where in a decision on over 12,000 cases relating to the non-enforcement of judgments of Ukrainian courts i.e. violations of Article 6 (right to a fair trial), the ECtHR reduced compensation for individuals waiting for enforcement from the initial €5,000 for non-pecuniary damage in 1999 to €1,000 in 2015. From 1999 to 2015, the ‘price’ for non-enforcement of domestic judicial decisions had therefore fallen from €5,000 to 20% of this amount.

At first sight, these results are surprising. A human rights court is potentially allowing states to pay less the more they violate human rights norms. When asked about these results, Judges admit that sometimes concerns about compliance may affect the setting of damages. In this regard, if a country has many repetitive cases arising from a systemic violation, the Court may be inclined to lower the award to provide ‘at least something’ to victims. The lower the damages are, the reasoning goes, the more likely the state is to pay and the more likely the Court is to rid itself of the large number of (repetitive) cases. Yet, according to behaviour economists, the decision to adjust or effectively lower damages to facilitate states’ compliance has no deterrent effect, and may potentially be leading to the potential collapse of the system.[1] In Burmych, the Grand Chamber effectively gave up on trying to incentivise Ukraine to comply with its judgments. The Court had delivered a judgment addressing the issue of non-enforcement of judgments from domestic courts in the case of Yuriy Nikolayevich Ivanov v. Ukraine in 2009. So, in the 2017 Burmych judgment, it dismissed all of its remaining 12,148 Ivanov-type cases (as well as any future cases) and forwarded them to the Committee of Ministers of the Council of Europe. The Court’s argument was that it had done everything it could, and now it was up to those bodies supervising the execution of judgments to find a solution for their implementation. The monies still remain unpaid.

What does this mean in practice for individuals whose rights have been violated by Russia, Ukraine or Azerbaijan who, combined, account for 18% of all judgments finding violations from the ECtHR since its inception? Applicants who file a claim against Russia can expect to receive on average €13,500 in non-pecuniary compensation for a violation of Article 3. The awards vary from €1000 for one event of inhuman and degrading treatment to €105,000 for multiple events of torture experienced by one applicant. For cases against Ukraine, average compensation for an Article 3 violation is slightly lower – around €9600, with maximums around €40,000 Euros. Cases against Azerbaijan generate on average €11,167 in compensation for an Article 3 violation. As far as Article 5 is concerned, cases against Russia on average lead to awards of €5200, most of these for Article 5(3) violations of pre-trial detention. In comparison, cases against both Ukraine and Azerbaijan lead to €9000 compensation on average.

There are of course a number of problems with the approach uncovered, if the damages are so focused on the respondent state and likelihood of compliance. For instance, it is important to keep in mind that, although victims may consider the damage amounts appropriate or at times even generous, from the state’s perspective the awards made are exceedingly low. Even more, the predictability of the ECtHR’s damages appears to allow frequent violators – such as Russia – to plan the cost of their violations into their budgets while doing little to address the underlying problems in their legal system. Even more concerning is the fact that in many situations, these states will behave as though the payment of compensation concludes the case and no other measures are required to address the issue. The payment of damages therefore frequently leads to a conclusion of the case and a sort-of ‘closing of the door’. For states, the issue is resolved. Often, however, the underlying problem persists, generating repetitive cases for years to come. It is therefore important to query whether the current practice of the Court to awarding just satisfaction is in fact potentially enabling repetitive violators to ‘pay off’ their behaviour, and then keep repeating it.

Dr Veronika Fikfak is a Senior Lecturer, Homerton College, University of Cambridge. She holds a Magister Juris and an M.Phil and D.Phil from the University of Oxford. She previously worked at the International Court of Justice, the Law Commission of England and Wales, the European Court of Human Rights and at the UN in Paris. She has held visiting positions at the Institute for Political Studies (Sciences Po) in Paris, at the University of Poitiers and her alma mater, University of Ljubljana. She is a Member of the Lauterpacht Centre for International Law and Cambridge’s Centre for Public Law. Her research interests are in the fields of human rights, international and constitutional law, and her research focuses on international human rights institutions, in particular on the European Court of Human Rights. In this context, she is especially interested in the law of remedies for human rights violations. You can read more about the study discussed in this article in the European Journal of International Law here.