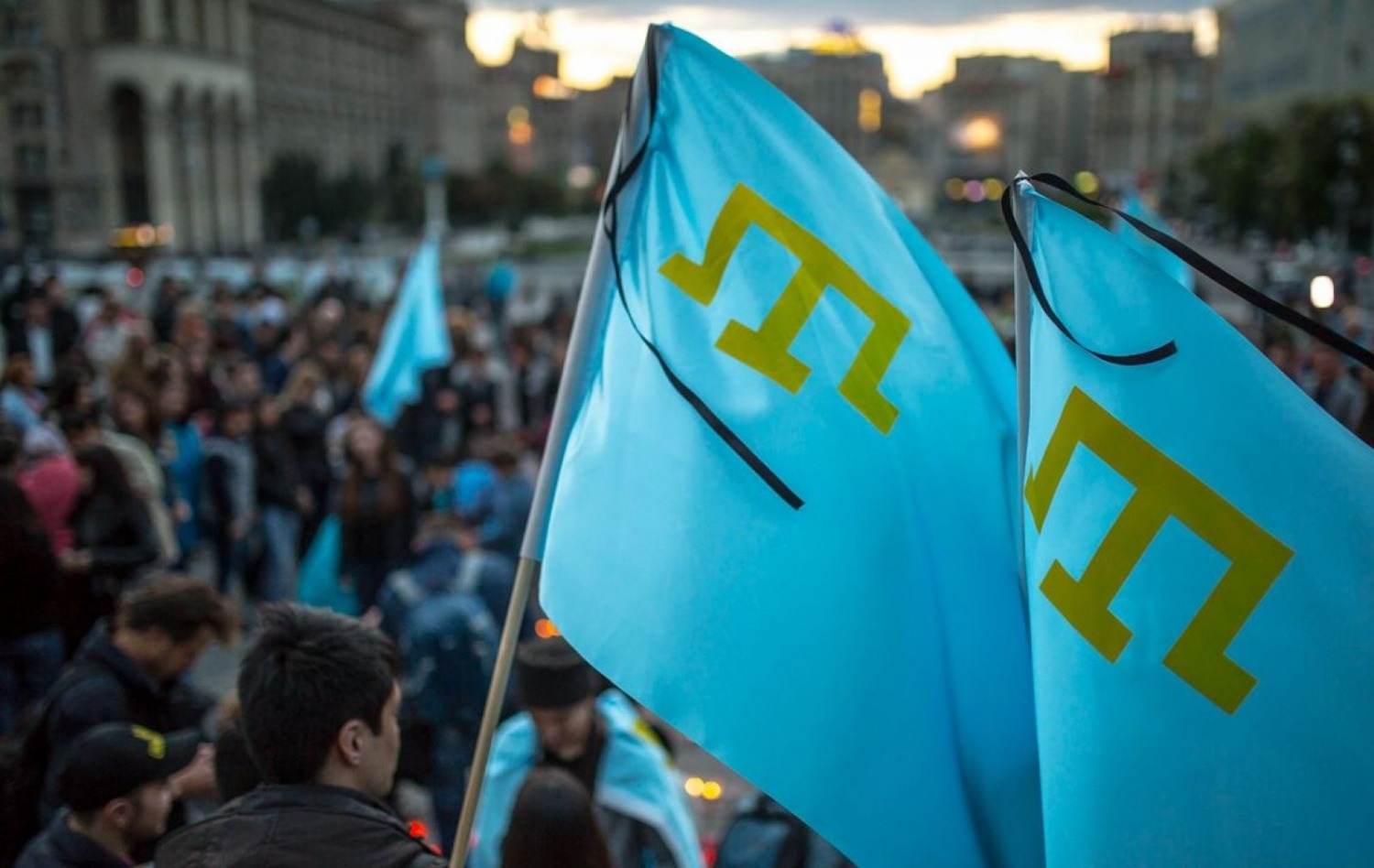 Today the Mejlis (representative body of Crimean Tatars) has submitted an application to the European Court of Human Rights concerning its designation as an ‘extremist’ organisation and subsequent banning by the Russian authorities. 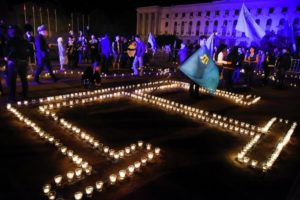 Crimean Tatars light candles during a rally requiem to commemorate the 71st anniversary of the 1944 mass deportation.

The Crimean peninsula has been under Russian rule since its annexation from Ukraine in March 2014.

The Mejlis and its leaders are represented before the European Court by the European Human Rights Advocacy Centre (EHRAC, based at Middlesex University in London), the Ukrainian Helsinki Human Rights Union (Kyiv) and Memorial Human Rights Centre (Moscow). This is the first case EHRAC is litigating jointly with both Ukrainian and Russian partners, an important moment for our international collaboration on human rights litigation.

In February 2016, the Supreme Court of the Republic of Crimea declared the Mejlis an ‘extremist’ organisation; the appeal was dismissed on 29 September 2016. On 12 April 2016, the Crimean Prosecutor suspended the Mejlis’ activities. Subsequently several Mejlis members have been threatened, harassed or are facing prosecution by the Russian authorities, of whom ten have been charged with administrative or criminal offenses for ‘illegal’ gatherings, and one is in prison. Mustafa Dzhemilev, former Chair of the Mejlis and a leading defender of Crimean Tatar rights, and Refat Chubarov, the current Head of the Mejlis, are forbidden from entering the peninsula, and several Crimean Tatar media outlets have either been banned or persecuted. Many Crimean Tatars have been forced to leave for mainland Ukraine or Russia.

“Modern Russia, which has annexed Crimea, does not dare openly repeat Stalin’s ‘experiment’, in which the Crimean Tatar people were subject to deportation in their entirety from Crimea. However, the agenda set by today’s Moscow – ‘Crimea without Crimean Tatars’ – is being implemented by Crimea’s occupying authorities.

According to the Russian occupiers’ vision, fear and despair ought to push Crimean Tatars to ‘voluntarily’ leave Crimea. With this aim, the authorities are carrying out violent kidnappings and murders, repressing and persecuting civil society activists, prosecuting Muslims, declaring representative bodies of the indigenous people of Crimea – the Kurultai and the Mejlis of the Crimean Tatar people – extremist, and banning them.

At a time when many international institutions are completely powerless when it comes to Russia’s open trampling of the principles and norms of international law, it falls to the European Court of Human Rights to find legal avenues ensuring effective protection of collective and individual rights of the Crimean Tatars.”

Refat Chubarov, Head of the Mejlis

The Mejlis argues before the European Court that its designation as an extremist organisation and the suspension of its activities is a violation of the right to freedom of association, under Article 11 of the European Convention on Human Rights (ECHR); and that it has been banned – and its members persecuted – to punish them for their political position (in violation of Article 18). They also complain that the Russian Courts disregarded their status as a representative body of the indigenous people of Crimea, violating the prohibition of discrimination (Article 14). They further allege that they did not have access to a fair trial (Article 6 ECHR), and they could not have anticipated that their activities would be in violation of anti-extremist legislation (Article 7 ECHR). Approximately 3,000 individual cases related to the events in Crimea or the hostilities in Eastern Ukraine are currently pending before the Court.