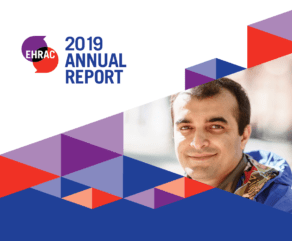 2016 was in many ways a troubling year for the human rights community, with continuing repression of our partners in Azerbaijan and Russia, political hostilities towards human rights systems in our target region and beyond, and regressive legislation adopted. Nevertheless, it is important to recognise positive trends too, and certainly EHRAC achieved a lot within the space of one year. 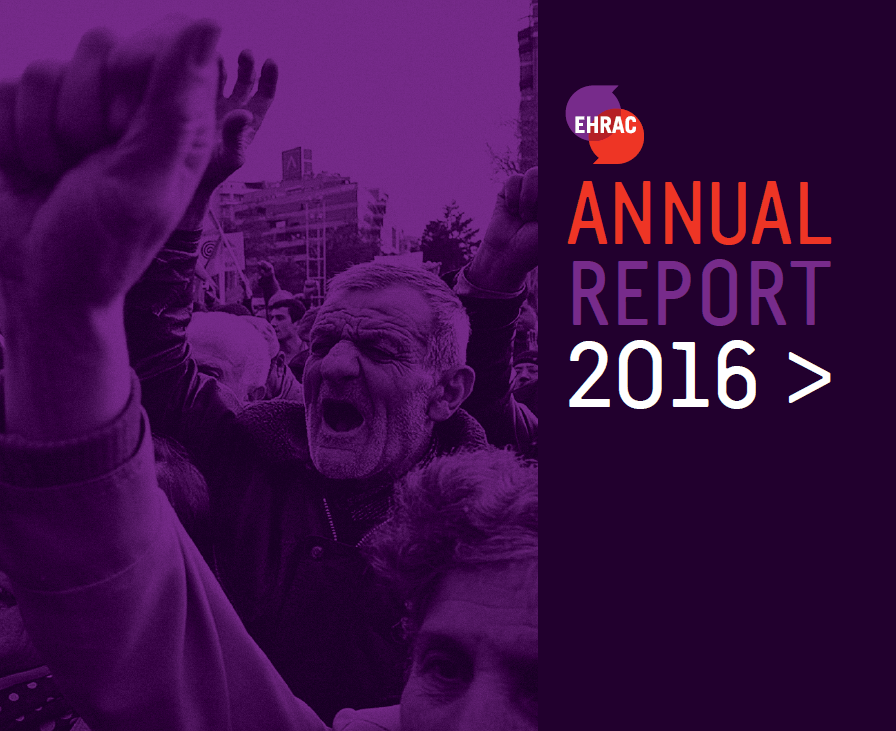 Cover Image: Opposition activists hold up their fists as they take part in a protest in central Yerevan on March 1, 2014 to commemorate the events of March 2008, when ten people, according to official estimates, died in violent post-election unrest. Credit: Getty Images/AFP

Five days into January we won our first case of the year, with a strongly-worded judgment from the European Court of Human Rights. It called on Russia to facilitate protest as an integral part of protecting the fundamental rights to freedom of assembly and expression, both of which are at the heart of a healthy civil society. The case set the tone for the year, as we achieved other precedent-setting decisions from the Court, finding that the treatment of human rights defenders in Azerbaijan was unlawful. Rasul Jafarov, Intigam Aliyev and Leyla and Arif Yunus were all released from prison at the end of 2015 and beginning of 2016 – they are now continuing their human rights activities, and reinvigorating civil society in Azerbaijan.

Our cases continue to develop new legal issues and principles, in the areas of gender-based violence and slavery, state responsibility in conflict zones, and politically-motivated proceedings against politicians and human rights defenders. Of course, none of our achievements would be possible without the unwavering dedication and expertise of our regional partners, both long-term – like Memorial Human Rights Centre and the Georgian Young Lawyers’ Association – and newer, including the Human Rights Education and Monitoring Centre (Georgia) and Pink Armenia. We anticipate that our joint litigation with the Ukrainian Helsinki Human Rights Union will lead to the European Court’s first decisions establishing the extent of Russian and Ukrainian State responsibility for human rights violations during the conflict in the Donbas region.

We welcomed new members to our team, including our first Programme Assistant, Sophie Rust – with 13 staff and consultants EHRAC is now the biggest it has ever been! We receive a great deal of support from Middlesex University’s School of Law, and in December, we moved to a new office in a 16th century former farmhouse. The oversight provided by our Advisory Board and International Steering Committee has been invaluable in guiding our strategy, as we develop our litigation on new themes: violence against women, LGBTI rights and religious discrimination.

We are immensely grateful to all our funders, volunteers and interns – your support is indispensable and is borne out in all our successes.

Report on human rights in Georgia
Report Georgia EHRAC News
EU Special Adviser, Thomas Hammarberg has published his report on the progress and challenges…
Join our newsletter
SIGN UP