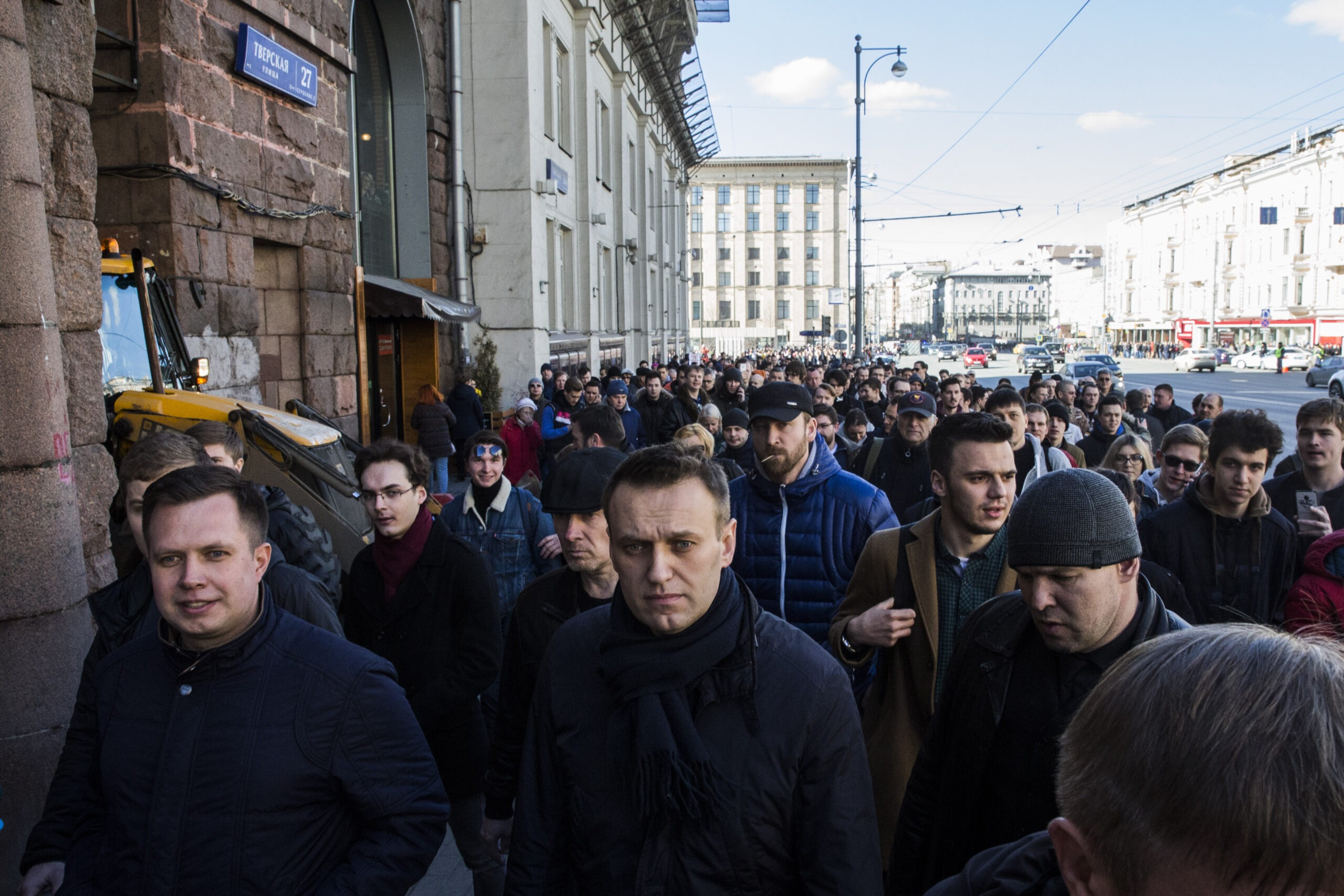 On Friday 6 March 2020, the prominent Russian opposition activist Alexei Navalny, his Anti-Corruption Foundation (“FBK”) and nine of his associates and associated entities submitted an application to the European Court of Human Rights in which they claim that they are being unlawfully prevented from carrying out their activities by the Russian authorities as a result of a large and invasive criminal investigation into alleged money laundering by FBK staff. EHRAC, together with FBK lawyer Alexander Pomazuyev, are representing the applicants in this case.

“This is a hugely important case for the defence of democratic freedoms in Russia, and for the effective safeguarding of human rights defenders and other ‘critical voices’ whose activities are constantly threatened by the arbitrary conduct of the Russian authorities.”

On 3 August 2019, the Investigative Committee of Russia initiated a criminal case against FBK for alleged money laundering offences. The case was almost immediately transferred to the Senior Major Case Investigator under the Chairman of the Investigative Committee of Russia, who is directly appointed and dismissed by the President of Russia. A massive task force was established to investigate the allegations. Between 2 September 2019 and 16 October 2019, Russian investigators undertook 190 searches of homes and offices across 41 regions of Russia, and froze 173 bank accounts. FBK employees, volunteers, and supporters of Mr. Navalny were targeted, as well as their relatives, neighbours and acquaintances. Items of no relevance to the investigation were seized, including video and lighting equipment and children’s electronic devices. On 9 October 2019, the Ministry of Justice classified FBK as a “foreign agent.”

“I have repeatedly faced persecution by the Russian authorities for my political activities. The pressure is not only directed at me, but at the structures that I have created and the employees of these structures. Since 2019, the political pressure on the FBK has intensified. The endless searches, seizures of equipment and freezing of bank accounts greatly interferes with our activities. These actions have coincided with important political events in which the FBK – and myself – is personally involved, including protests against the refusal to admit independent candidates to stand in elections. This proves that the government is exerting pressure for exclusively political reasons.”

On 2 March 2020, just days before the applicants lodged the case at the European Court of Human Rights, the Russian authorities froze the personal bank accounts of Mr. Navalny, his wife, children and elderly parents.

In their submission, the applicants argue that the coercive measures meted out by the Russian authorities constitute a deliberate and ongoing campaign of intimidation and harassment against the FBK, and Mr. Navalny’s supporters, with the aim of obstructing their political activities. The applicants submit that the unlawful actions of the authorities have prevented them from exercising their rights of freedom of association and expression (Articles 11 and 10 of the European Convention on Human Rights) for expressly political purposes (in conjunction with Art. 18), that the searches constituted an interference with their private and professional life (Art. 8), and that the seizure of their property and freezing of bank accounts prevented them from having control over and use of their property (Art. 1 of Protocol 1).