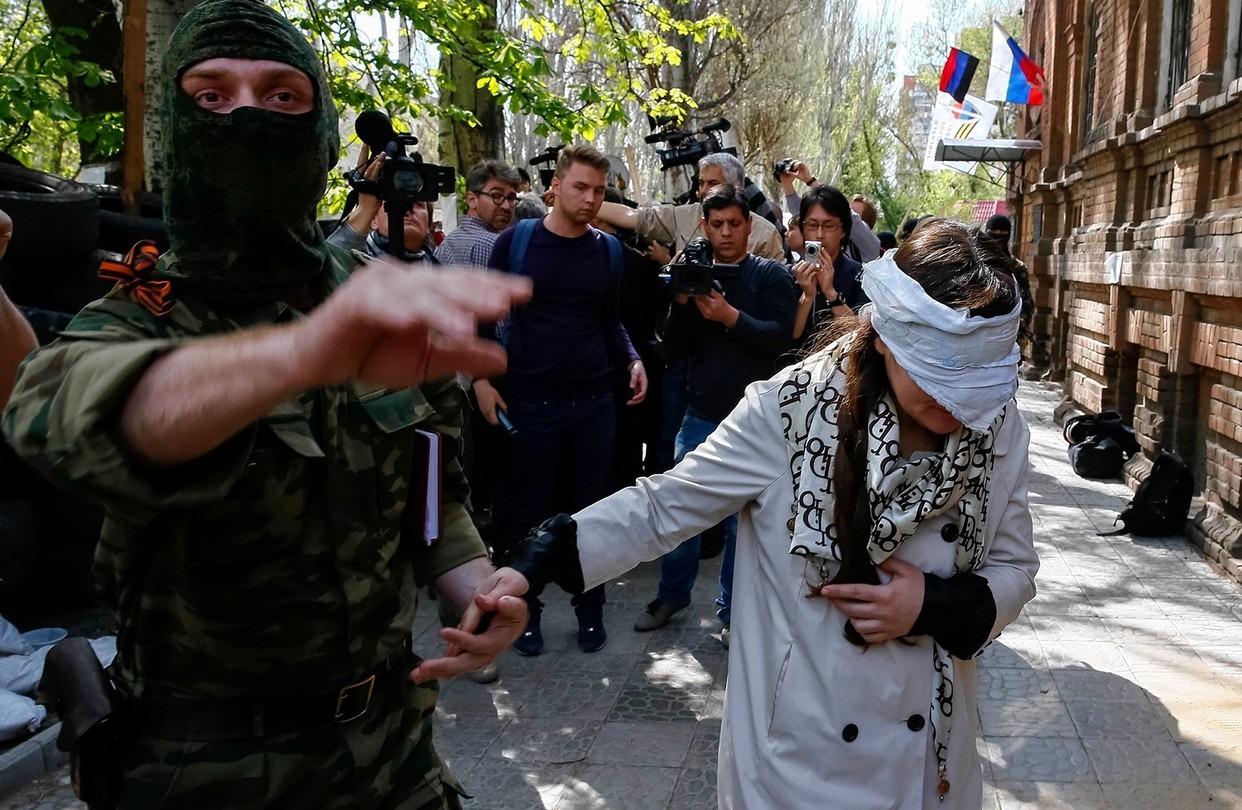 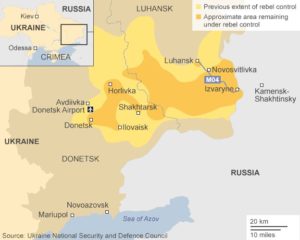 Almost four years after the armed conflict in eastern Ukraine began, there is little sign of resolution. Though the conflict no longer dominates international news, countless people have been – and continue to be – subjected to a wide range of human rights abuses. The European Court of Human Rights has received approximately 4000 applications related to the conflict and the annexation of Crimea, many of which have been lodged against both Russia and Ukraine (December 2018). EHRAC and the Ukrainian Helsinki Human Rights Union (UHHRU) have been at the forefront of representing victims of the conflict. In Spring 2019, EHRAC and UHHRU replied to the European Court’s questions and the Ukrainian and Russian Governments’ observations about what happened to four people who were detained by armed ‘separatists’ in the Donbas region of eastern Ukraine.

In spring 2014, Igor Oprya, Pavel Yurov and Denys Gryshuk were travelling to Kyiv from Donetsk when they were abducted on a Slovyansk street. They were unlawfully detained in the former building of the Ukrainian Security Service by ‘separatist’ militants from the ‘Donetsk People’s Republic’ (DNR). Mr Oprya has a disability. They were kept there for over two months, and released on 6 July 2014. During that time, they were all ill-treated, including being kept in appalling conditions, and Mr Oprya was made to perform forced labour for the ‘separatists’.

Dmytro Potyekhin is a political analyst and journalist. In August 2014, he was abducted by DNR ‘separatists’, who held him unlawfully in the premises of a Donetsk factory for eight weeks. He was released on 24 September 2014, having been subjected to ill-treatment, kept in inhuman and degrading conditions, and made to carry out forced labour.

How do these events violate their human rights?

EHRAC and UHHRU lodged applications on behalf of Mr Oprya, Mr Yurov, Mr Gryshuk and Mr Potyekhin  at the European Court in 2014. We argue that all four men were subjected to ill-treatment in violation of Articles 3 of the European Convention on Human Rights (ECHR), and were unlawfully detained in violation of Article 5 ECHR. Mr Oprya and Mr Potyekhin complain that they were made to perform forced labour, in violation of Article 4 ECHR. Finally, Mr Potyekhin claims that he did not have any contact with his relatives during his detention, in breach of the right to family life (Article 8 ECHR). On behalf of all of the applicants, we argue that neither the Russian nor the Ukrainian authorities afforded them an effective domestic remedy for these violations, in breach of Article 13 ECHR.

Why are these cases important?

At the heart of these cases is the issue of who is responsible for human rights violations occurring in the Donbas region of Ukraine. On the one hand, both the DNR and the “Luhansk People’s Republic” have claimed independence from Ukraine, and the ‘separatist’ movement is widely acknowledged to be propped up by Russian political and military support. However, the territory is internationally recognised as Ukraine, though the Ukrainian authorities acknowledge that they no longer have ‘effective control’ of the region. We argue that both Russia and Ukraine bear responsibility for upholding the rule of law and ensuring the rights of citizens of that region are protected, in both these and our other cases. EHRAC and UHHRU are leading on the litigation of cases arising from the conflict in eastern Ukraine. Our joint litigation has the potential to establish the extent of Russia’s responsibility in the conflict, as well as providing long awaited justice to its victims.

Judgment is now pending from the Court in these cases, after EHRAC and UHHRU submitted our response to the Russian Government’s observations. However, the Court has adjourned cases from the conflict in eastern Ukraine until it has delivered judgment in the related interstate case Ukraine v Russia.