101 EHRAC & Memorial cases at the European Court of Human Rights 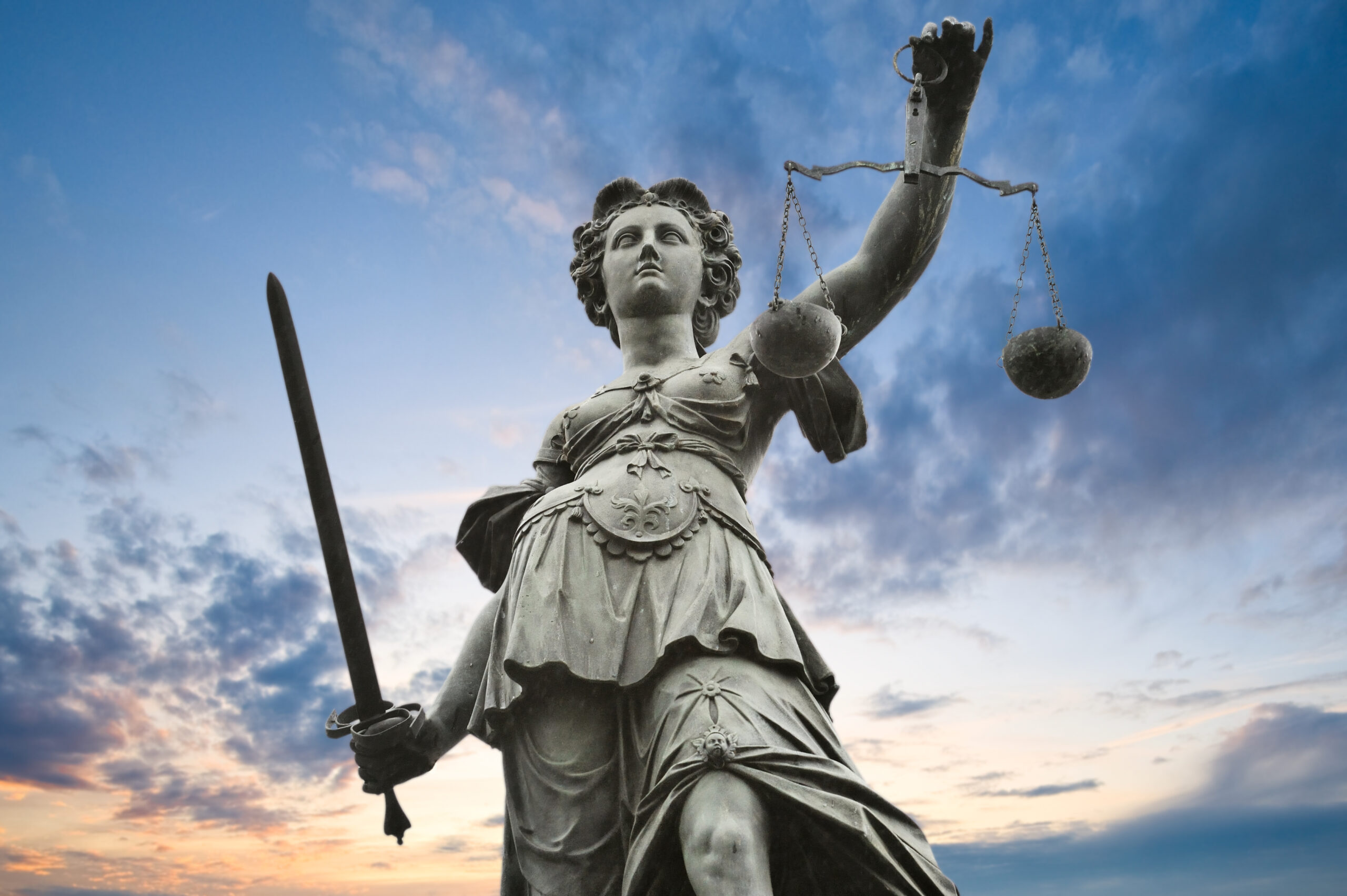 Since the human rights centre Memorial and the European Human Rights Advocacy Centre (EHRAC) began collaborating in 2000, the ECtHR has issued 87 positive rulings on 101 complaints filed by our lawyers. The difference between these figures is due to the fact that in some cases, the Court issues one ruling covering several complaints.

In each of these cases, at least one violation of the European Convention on Human Rights was found. These include Articles 2 (right to life); 3 (prohibition of torture and ill-treatment); 5 (right to liberty and security); 6 (right to a fair trial); 8 (right to respect for private and family life); 13 (right to an effective remedy); 14 (prohibition of discrimination); Article 1 of Protocol 1 (protection of property); and Article 4 of Protocol 7 (right not to be tried or punished twice).

In two cases agreements were reached with the Russian authorities.

61 rulings were handed down covering 51 complaints by residents of Chechnya asserting violations by security forces during armed conflict and counter-terrorism operations. Of these, 22 decrees addressed the murder of citizens, and 29 concerned abductions. Similar violations were found in the complaints of other republics in the North Caucasus: 6 in Ingushetia, 2 in Dagestan, 1 in North Ossetia and 1 in Kabardino-Balkaria.

9 decrees were issued on extradition cases. In most of these, the violation was in the Russian authorities’ decision to extradite applicants to countries where they may be tortured. The second typical violation was of the applicant’s right to liberty and security during detention pending extradition. In some cases the right to private and family life was violated.

In 2 extradition cases peaceful agreements were successfully reached with the Russian authorities.

2 decisions were handed down covering 5 complaints by residents of Cherepovets who asserted that their health had been harmed as a result of the poor environmental situation caused by the activities of the industrial company “Severstal”.

15 decrees on the violation of one of more rights were issued in relation to the complaints of residents of other Russian regions. 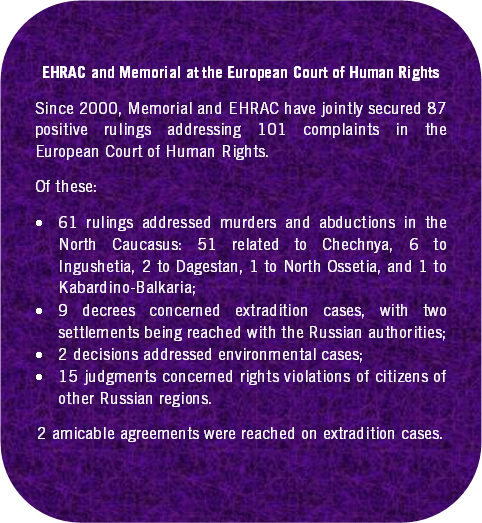 Following the ECtHR decrees, applicants not only received compensation, but a number of the authorities’ decisions which resulted in the violations were also abolished. For example, in some cases the decision to suspend investigations into killings, torture and kidnappings was lifted. Decisions to extradite applicants were reversed. In one case, a sentence imposed after breach of the right to a fair trial was removed.

Individual elements of ECtHR practice in the Chechen cases have been used in the courts of the republic when considering similar cases. For example, applicants can achieve access to the materials of criminal trials.

However, decisions by the ECtHR do not always lead to the full restoration of the applicants’ rights. Often a new investigation into the violations and a new trial suffer from the same shortcomings established by the ECtHR.

Following the abolition of unlawful extradition decisions, there have been cases where applicants nonetheless found themselves in the countries seeking their extradition. And the circumstances most probably indicate that people are secretly held by the Russian security forces and handed over to colleagues in other states.

There are cases where the authorities and applicants interpret the obligation of the state to comply with the ECtHR differently. For example, in the cases of environmental violations in Cherepovets the authorities believe that they have fulfilled their obligations by installing new equipment at the company which reduces harmful emissions, while the applicants consider these measures insufficient for the improvement of the environmental situation in the city.

Memorial and EHRAC continue to work to secure the implementation of ECtHR decisions. We appeal to various authorities on both a national and international level (control over the execution of ECtHR judgements is the responsibility of the Committee of Ministers of the Council of Europe).