10 years after Beslan, victims and relatives seek justice at the European Court of Human Rights 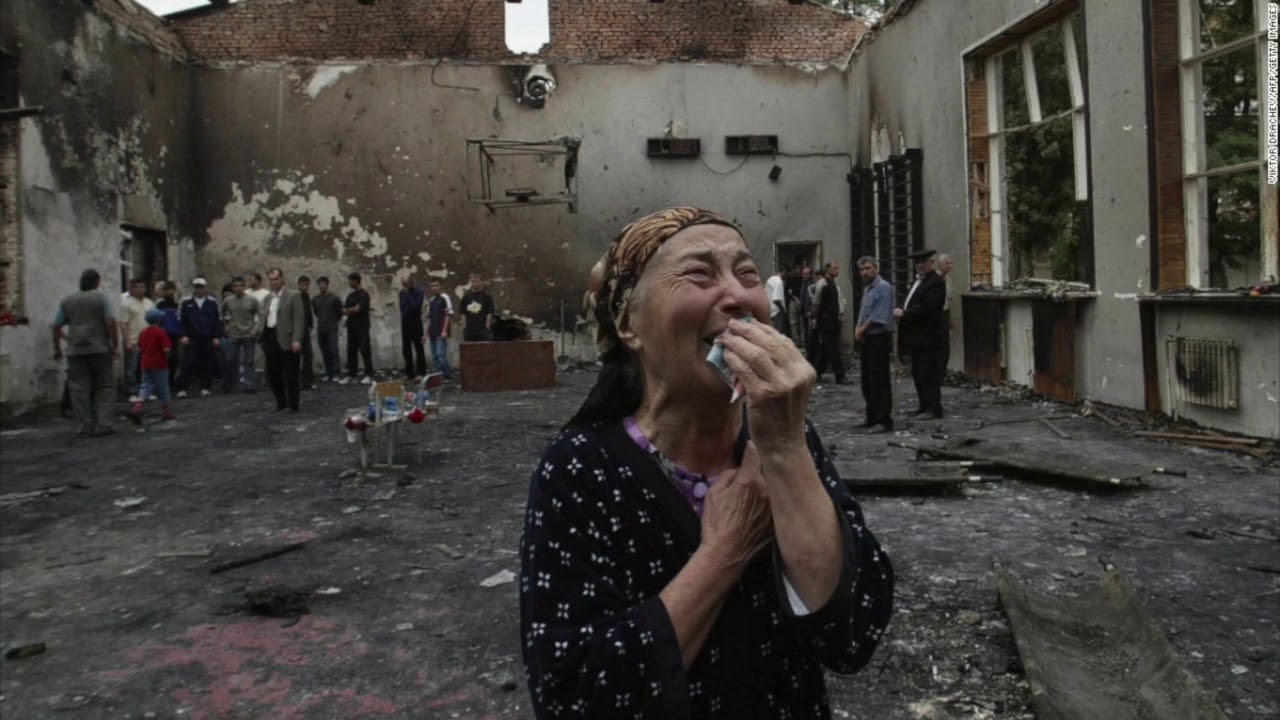 On the 10th anniversary of the beginning of the Beslan School siege, in which at least 1,128 people, including 800 children, were taken hostage by Chechen separatists, many former hostages and those who lost relatives in the attack have brought their case against Russia at the European Court of Human Rights. Some 300 of the applicants are being represented by the European Human Rights Advocacy Centre, based at Middlesex University (London), and the Russian NGO Memorial, based in Moscow.

The three-day siege at School No.1 in Beslan, North Ossetia began on 1st September 2004 during the traditional celebration of the Day of Knowledge (marking the first day of term). Russian forces stormed the school on the third day and, in the ensuing fighting and fire, 331 people were killed, of whom 179 were children.

In total, 447 people, both former hostages and relatives of hostages who died, many having lost multiple family members, are taking their case against Russia to the European Court of Human Rights over its conduct of the operation.

On 14 October 2014 the European Court of Human Rights will hold a Chamber Hearing in this case, at which Russia’s obligations under the Right to Life (Article 2 of the European Convention on Human Rights) will be publicly scrutinised. Oral hearings at the European Court are held only in exceptional circumstances, indicating the gravity of the Beslan case. The hearing will focus on the measures taken by the Russian authorities to avert the attack, the planning and control of the rescue operation and on the effectiveness of the official investigation, which concluded that state actors bore no responsibility for the deaths and injuries.

Specifically the applicants and their representatives will argue that Russia failed to take adequate measures to prevent the attack, given the detailed information available to the authorities about the specific threat on that day. They will also argue that the investigation into the loss of life failed to justify the use of indiscriminate weapons (such as grenade launchers, flame throwers and tanks); and that the use of lethal force and the planning of the rescue operation did not minimise risk to the lives of the hostages, in violation of Russia’s primary obligation to protect life.

“This case cannot undo the immeasurable suffering which the families endured during the siege, and in the ten subsequent years, but we hope the outcome will provide a measure of justice to them – an acknowledgement that the Russian authorities failed in their obligation to protect life in the prevention of the attack and in the conduct of the rescue operation, that they used disproportionate and indiscriminate force, and that the investigation into the loss of life has been completely inadequate.”